Seadrill's biggest shareholder is rumored to be preparing to lend the company as much as $1.2 billion. Here's a closer look at what's happening.

Shares of offshore drilling contractor Seadrill Ltd. (SDRL) are up 28.8% at noon EDT on Oct. 4, following a report by Bloomberg that its chairman and largest shareholder, John Fredriksen, was preparing to lend the company as much as $1.2 billion. 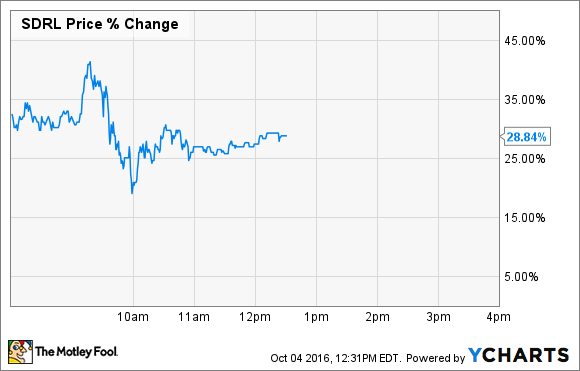 This is potentially a huge positive for Seadrill, which faces $2.4 billion in debt maturities between now and mid-2017. The company had about $1.3 billion in cash on its balance sheet at the end of last quarter, an amount that could potentially shrink by the end of the current quarter, as more vessels come off contract and its operating cash flows fall. Furthermore, Seadrill's market capitalization -- even after today's big bounce -- is barely $1.4 billion, giving it very little leverage to use stock to pay down its short-term debt.

Fredriksen holds more than 20% of Seadrill's shares through various entities he controls, primarily a family trust, so it would certainly be in his best interest to help the company deal with its short-term debt obligations.

This could be fantastic news for Seadrill, which is certainly under the gun to deal with major debt over the next nine months. The company has the cash to deal with the $400 million debt maturing near year-end, but won't have close to the capital needed to pay off the $2 billion due mid-2017, and must count on refinancing to deal with a significant portion of that.

In light of an offshore drilling environment that has only continued to worsen in recent months, the company should be taking steps to retain cash at this point, not pay it out. And if Fredriksen's participation in refinancing its debt is part of the answer, that's great.

But we've heard this song before -- or at least a similar one. As recently as March, Seadrill stock soared to above $6 per share on rumors that Fredriksen was getting ready to lend the company a substantial amount of money. Here's what Seadrill's stock has done since those rumors came out: 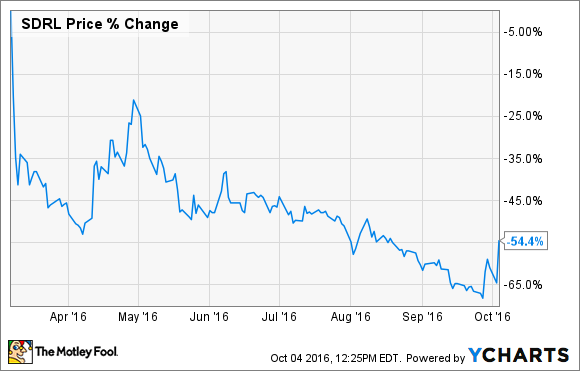 Bottom line: It can be very tempting to act on this kind of unofficial information, and it's possible that a deal that removes Seadrill's short-term debt risk is imminent. But at the same time, there's the very real risk that nothing comes to fruition; after all, the $1.2 billion Fredriksen is rumored to be willing to lend the company would cover only half of its upcoming debt. So the company still needs banks to pony up another $1.2 billion.

If a deal happens, fantastic. But until it does -- and especially since there's some indication that offshore drilling is starting to recover -- it's probably best to remain on the sidelines for now.