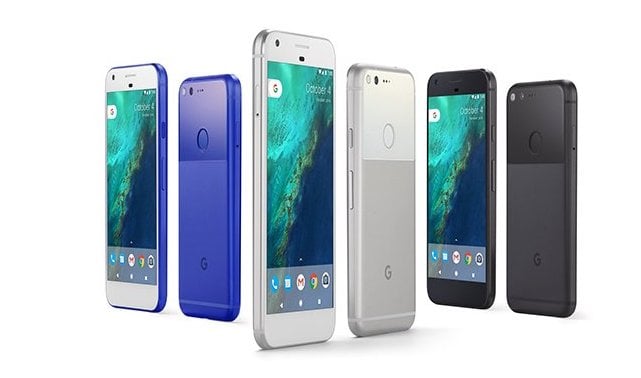 Alphabet's (NASDAQ:GOOG) (NASDAQ:GOOGL) product event yesterday mostly went according to plan. As usual, a long stream of leaks leading up to the event pretty much set expectations for investors and industry watchers as to what was in store. There were no major surprises.

Pixel is the first phone that was entirely designed by Google. It has solid specs all around, comes in two sizes that cater to popular display sizes, and will ship with stock Android. It's strategically similar to the Nexus program, which has now been discontinued, in that it will allow Google to set an example for the Android camp. But there was one bizarre part of the launch: carrier exclusivity.

Big Red is the main flame

Carrier exclusives have been on the decline for a decade, thanks in part to Apple reclaiming control from wireless carriers, inadvertently on behalf of all handset manufacturers. Naturally, no original equipment manufacturer (OEM) wants to artificially limit distribution for the sake of the network operator, but for the longest time they didn't have much choice since carriers were the primary distribution channel (carriers still comprise a bulk of handset distribution these days). Carriers used to leverage exclusive phones in an effort to get people to switch, hopefully locking them in at the same time.

Exclusives have become an anachronism in the modern smartphone market, which is why it's so peculiar that Verizon Communications (NYSE:VZ) will be the exclusive carrier distributor of Pixel. The relationship is even more loaded considering Google's rocky relationship with Big Red in the past.

None of this is to say that Pixel will only work on Verizon's network, though. The device will expectedly work with Google's Project Fi, which is a network of networks and includes T-Mobile, Sprint, and U.S. Cellular, among others. Google will also sell Pixel unlocked directly through its online Google Store, along with installment plans and financing. This is really just about distribution more than technical compatibility.

Which just makes it even weirder. Why would anyone choose to buy the Pixel from Verizon, when you can buy an unlocked version from Google directly with no strings attached and comparable financing terms? Sure, it's still quite common for consumers to simply waltz into a carrier retail store when they need a new phone, and Verizon customers will be able to conveniently pick up a Pixel. One possible explanation is that Google took the Pixel to the other domestic carriers, but they were uninterested in distributing the device. That wouldn't be the first time, as most carriers declined to carry Nexus phones for years.

On one hand, Google probably also wants to bypass carriers, which have long proven to be bottlenecks for things like software updates. But not getting broad carrier distribution also has the effect of severely limiting sales. Catch-22.