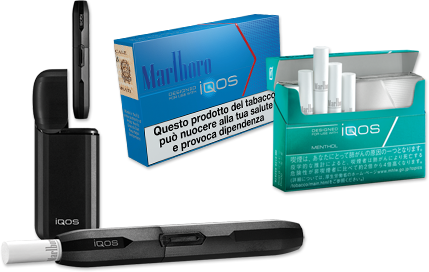 Even Philip Morris International (NYSE:PM) realizes that if it and the rest of the tobacco industry have any hope of future growth, it's going to come from cigarette alternatives, not cigarettes themselves. The global tobacco giant is betting that products like its new iQOS electronic cigarette will be what fuel the next phase of expansion, and it is investing $100 million this year on them in the belief it will add as much as $1.2 billion to its earnings by 2020.

According to Reynolds-American (NYSE:RAI), adjusted inventory volumes fell 1.7% in the second quarter ended June 30 and are down almost 1% year-to-date. Adjusted volumes were down 0.6% last year and more than 3% in 2014. Philip Morris says it's falling at a 2% to 2.5% rate annually, continuing a decades-long decline. The CDC indicates that where more than 42% of the American public smoked cigarettes in 1965, it has fallen to less than 17% today.

Over the last five years, however, e-cigs have witnessed tremendous growth, rising at triple-digit rates, some 114% compounded annually. Yet that's changing, and not for the better. Users complain about taste and flavor, and sales growth is expected to halve this year to just 57%, with the market researchers at BIS Research forecasting it will decline even further going forward, dropping to a compound annual growth rate of 22% through 2025. Where it was once thought the industry could achieve some $10 billion in sales annually by 2018, such lofty targets are no longer mentioned.

No longer an either-or proposition

That's why a product like Philip Morris's iQOS could be a huge hit. Unlike regular electronic cigarettes that use liquid nicotine that is heated to produce a vapor, the iQOS uses real tobacco. But rather than burning it like a combustible cigarette, it's heated, which gives the user the taste and flavor of tobacco that's been missing. That makes them different from the iFuse being produced by British American Tobacco, which heats liquid nicotine and then draws it through tobacco for flavor, as well as Japan Tobacco's Ploom Tech that it is developing to offset the inroads Philip Morris has made.

Since its introduction in Japan in April, the iQOS has already captured 3% of the market there, and it plans to expand sales of so-called "reduced-risk products" to 35 countries next year. It's also planning on spending $1.5 billion on such products next year.

Foreign markets are going to be key for e-cig sales, because the Food & Drug Administration recently enacted its so-called deeming regulations for the U.S. that promise to all but wipe out the nascent industry. Treating them like cigarettes, despite their purported benefits that make them a healthier option than combustibles, the FDA has imposed onerous and costly regulations that all but ensure only the biggest companies will be able to comply and pay.

By the FDA's own admission, it could take as many as 5,000 hours to complete the necessary paperwork and will cost several hundred thousand dollars per product. Third-party estimates place the costs significantly higher, anywhere from $3 million and $20 million per product.

Production will be on fire

The iQOS won't have a problem. In partnership with Altria, Philip Morris is commercializing the device as Marlboro HeatSticks. It plans to nearly quintuple production next year, producing 35 billion HeatSticks compared to seven billion this year, with as many as 50 billion produced in 2018.

Altria also rolled out its own e-cig MarkTen brand this past summer, and Reynolds went national as well with its Vuse brand, which quickly became the industry leader with a 29% market share. One-time market leader blu eCig, which was sold to Imperial Brands when Reynold's acquired Lorillard, has seen its market share shrink to just 19%. MarkTen has a 16% share.

The heat-not-burn technology will allow Philip Morris to maintain its tobacco cash cow while investing in tomorrow's growth product and meeting the biggest objections smokers have had with electronic cigarettes. It just may be that U.S. smokers won't be able to benefit, too.