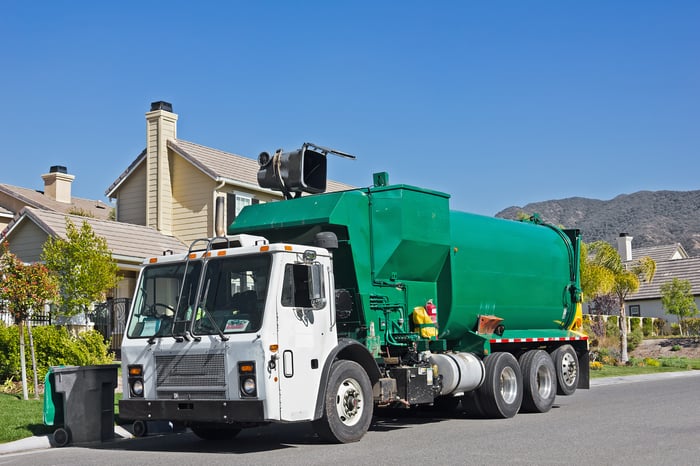 Shares of Casella Waste Systems Inc. (NASDAQ:CWST) popped 13.3% in September after the company upped its earnings outlook and indicated that it may be refinancing debt.

The company also invited lenders to consider refinancing debt, including a new term loan of $350 million and a revolving credit line of $150 million, which would be used to pay off old debt.

Management said that strong pricing caused the increase in outlook for the year, which is a good sign for investors looking into the waste business. Costs are usually difficult to adjust given the capital-intensive nature of the business, but if a company has pricing power the funds will flow all the way to the bottom line. Given the heavy debt load, I'd like to see the company prove it can generate net income before getting too excited, but this is definitely an incremental positive for Casella Waste Systems today.