If early fall has been any indication, the season will be stuffed with dividend raises. Last week there was a raft of increases, the second in a row, and from companies with considerable weight on the stock exchange. 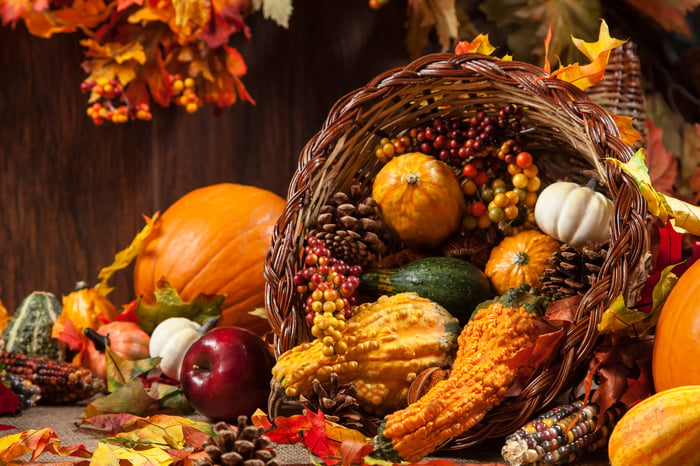 You've heard of all three of our raisers in this installment. Here's a closer look at their most recent distribution bumps.

The world's most famous fast food purveyor, McDonald's (NYSE:MCD), also happens to be a dividend aristocrat. In other words, it's one of the rare enterprises that has raised its payout at least once annually for a minimum of 25 years in a row.

This year's edition is a 6% bump in the quarterly dividend to $0.94 per share. 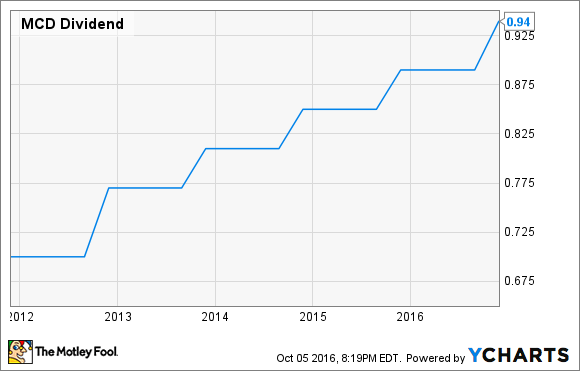 Although McDonald's most recently reported quarter disappointed some investors -- its same store sales growth was weaker than expected, and its top line slightly missed analyst projections -- the company's much-vaunted turnaround plan is having positive results.

Earnings for the quarter were comfortably above the market's estimates. And although those comps could have been better, zooming out to the bigger picture shows that the company has posted positive numbers in that metric for three quarters in a row.

Meanwhile, it's done a good job reducing its capital expenditures, which lifts its free cash flow. That, in turn, leaves more room for shareholder-pleasing moves like 6% dividend hikes. I think those annual raises will continue into at least the foreseeable future.

McDonald's upcoming distribution is to be paid on Dec. 15 to investors of record as of Dec. 1. At the most recent closing share price it would yield 3.3%, well above the current 2.1% average of dividend-paying stocks on the S&P 500.

Last week Yum! Brands' (NYSE:YUM) board of directors officially approved the divestment of its China operations. The move that will see that large part of its business moved into a separate entity, Yum China.

One way it's marking the separation is by a boost in the quarterly dividend, by 11% to $0.51 per share.

Current Yum! Brands investors will receive one share in Yum China for each share of the present company they own.

That's good news, because that Asian arm has been doing better of late, continuing its recovery from damaging food-safety scandals in 2012 and 2014. The company now believes that its core operating profit as a whole will rise by at least 14% on a year-over-year basis for this fiscal year. Investors have been cheered by this news. 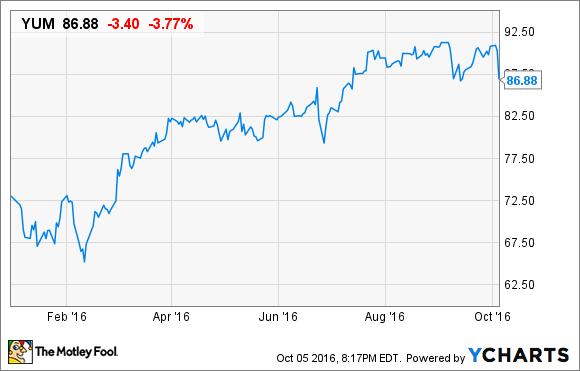 Yum! Brands hasn't specified how the dividend policies will develop in the two companies after the split is complete.

As one, its operating and free cash flow figures have been rising thanks to its recent success. Also, it likes to make double-digit increases to its payout, which indicates to me that the distribution is a priority.

Given these factors, I'd expect the dividend to grow by attractive rates at Yum China, at least, if not at both companies. I don't think income investors can go wrong by holding on through the split and maintaining positions in both entities.

Yum! Brands' final dividend payment as a unified company will occur on Nov. 4; shareholders of record as of Oct. 19 will receive the payout. It would yield a theoretical 2.3% on the current stock price.

In terms of share price, American Express (NYSE:AXP) has been a notable laggard behind its payment card peers. That's largely because it has yet to recover from the fallout of its losing card acceptance and co-branding exclusivity at big retailer Costco (NASDAQ:COST) last year.

Regardless, it's enacting a 10% raise in its quarterly payout, to $0.32 per share. Additionally, its board has authorized the repurchase of up to 150 million shares. 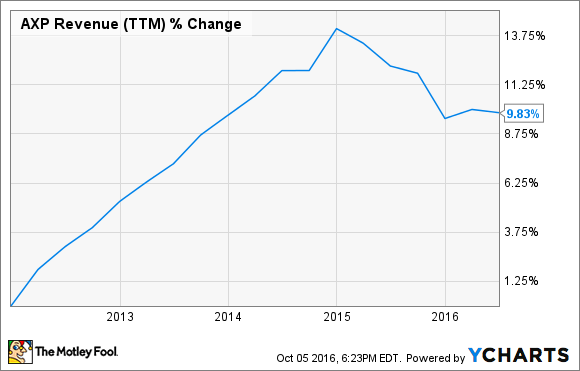 The Costco loss remains painful, but AmEx isn't doing badly. Its revenue slipped only 1% on a year-over-year basis in its most recently reported quarter. Meanwhile, its loans outstanding grew, when adjusting for the Costco loss, and its billings rose 8% on the same basis.

Planned cost cuts, plus the determined pursuit of co-branding deals to help recover from the Costco divorce, should boost results. Meanwhile, AmEx's bottom line and free cash flow are both well in the black, with the latter providing much more than what the company needs for this and future dividend raises.

AmEx's freshly lifted distribution will be handed out on Nov. 10 to stockholders of record as of Oct. 7. It yields just under 2% on the most recent closing stock price.

The stock buyback program replaces an earlier initiative that also authorized the repurchase of up to 150 million shares. The company did not provide a time frame for the new program.