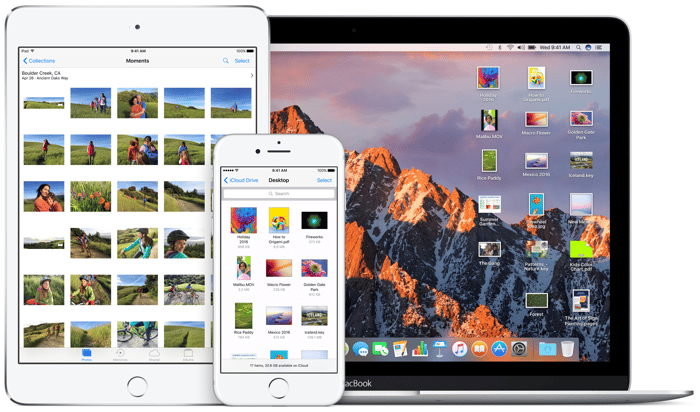 Cloud services have always been a weak spot for Apple (NASDAQ:AAPL), particularly when compared with Alphabet's (NASDAQ:GOOG) (NASDAQ:GOOGL) expansive portfolio of Google services. Just mentioning "MobileMe" brings back traumatizing memories for any longtime Apple user. And does anyone even actually use Apple Maps?

Even though Apple's iCloud services are now stronger than they've ever been, the iPhone maker still has a lot of catching up to do. And that's exactly what the company is trying to do.

Bloomberg reports that Apple is in the process of streamlining its engineering teams in order to unify its services efforts. Currently, the company has teams spread out in different offices located around Silicon Valley. These teams, which report to services chief Eddy Cue, will all be moving into the company's main headquarters in Cupertino under one roof.

Apple knows how important proximity is for collaboration; Steve Jobs famously designed the original Pixar headquarters in a way that would maximize random encounters between teams. Apple tries to locate teams together but the company has outgrown its headquarters, which is partially why it's building a new spaceship-like campus in the first place.

Meanwhile, the iPhone maker is looking to revamp its cloud infrastructure, instead of relying on competitors for delivering critical cloud services. Apple transitioned a lot of its cloud spending to Google Compute earlier this year. Bloomberg says this initiative is code-named Pie (get it?), and has already started transitioning key services, including Siri and iTunes, to the new platform. It's unclear if this is a different initiative than Project McQueen, a similar effort that was reported earlier this year where Apple was looking to move cloud infrastructure in-house.

As Apple continues to try to divert attention away from unit sales, instead emphasizing a financial narrative around recurring revenue sources, services are becoming even more important to Apple. Many investors may not realize that services are now the second-largest source of revenue for the iPhone maker, even larger than the Mac or iPad.

Services revenue overtook Mac revenue for the first time ever in the first quarter of this year.

Arguably, this focus on direct monetization could even prove to be a hurdle. For instance, Apple hopes customers will pay up for iCloud storage tiers to store things like photos, while Google Photos offers free unlimited storage for photos (downscaled modestly). Google's new Pixel will even offer free and unlimited storage for full-resolution images. Apple is unlikely to match that offer since it wants to increase services revenue.

For now, Google remains leagues ahead of Apple in terms of most services. The only exception that comes to mind is iMessage, which Apple recently turned into a platform with the addition of an App Store and other add-ons like those found in Asian services like WeChat and Line. For some strange reason, Google offers half a dozen chat apps. Beyond that, Google services handily beat Apple services in pretty much every other department.