Channeling Peter, Paul, and Mary, tech investors today could find themselves asking, "Where have all the IPOs gone?"

This year is shaping up to be one of the worst years in the past 15 for public offerings, and that goes as well for the dearth of tech IPOs in 2016. In fact, through early September, only a single venture-backed tech company had conducted an initial public offering.

With technology playing an increasingly prominent role in our world today, investors are looking to buy the best technology stocks, be they established or newly minted. Here, then, is a snapshot of three of the hottest new tech stocks of 2016, including Line Corp. (NYSE:LN), Nutantix (NASDAQ:NTNX), and Twillio (NYSE:TWLO).

Let's delve deeper into the specifics of two of those tech stocks, as well as some other important tech IPOs that are probably waiting in the wings.

Line Corp. operates one of the world's most popular messaging apps, though roughly 70% of its user base comes from just four Southeast Asian nations -- Japan, Taiwan, Thailand, and Indonesia -- according to Line's S1 filing. Corresponding with the rise of other popular messaging platforms, Line's user base has swollen in recent years, growing from 75 million monthly active users in March 2013 to about 218 million in March 2016. Line plans to continue to focus primarily on Asian markets, where it believes it can establish market leadership.

Though messaging services seem likely to become an increasingly important area of technology in the coming years, tapping into Line's potential won't come cheap. Like many young tech companies, Line is so far unprofitable, meaning that standard valuation ratios such as P/Es are meaningless. But even using other conventional valuation metrics, Line looks pricey -- it currently trades at an enterprise value-to-EBITDA ratio of 63. As is often the case with high-potential new tech companies, Line looks like a high-risk, high-reward stock. 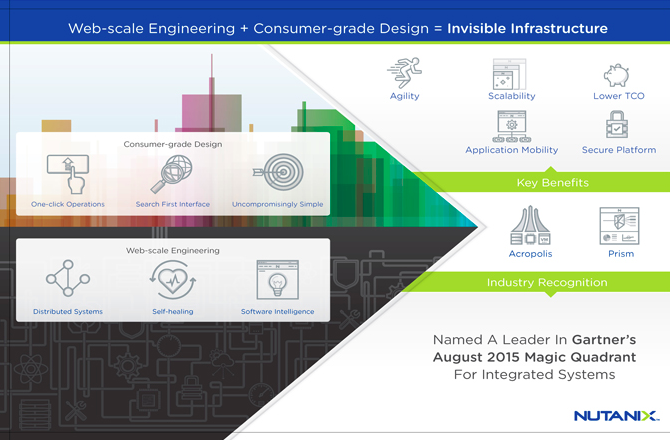 Cloud-based enterprise IT platform Nutanix only recently began trading on the public markets, with its IPO coming at the tail end of September. Even in that short time, the stock has been volatile. Opening well above the original $16 offering price, Nutanix quickly soared to $46 a share, only to regress to the $34 range where it resides today -- all in two weeks' time. This rapid ebb and flow isn't unusual for a young tech company, especially so soon after its IPO date, but it's still a risk factor investors need to understand.

Also like many young tech companies, Nutanix operates at significant loss, prioritizing revenue growth over profitability in the near term. That's a sensible strategy for Nutanix, considering it estimates that its overall market opportunity exceeds $100 billion. The company is in hypergrowth mode, having increased sales at an impressive 90% clip last year -- but it remains so far from profitability that measuring its pricing by any conventional valuation metric doesn't reveal much value.

The company's profit model is starting to shine through in its operating results, as gross profit outpaced revenue in 2014 and 2015. But overall, much as with Line Corp., successfully investing in Nutanix will require a long-term focus.

Another tech IPO wave on the horizon

This wasn't an exciting IPO year for tech investors, but another wave of offerings is likely to be waiting in the wings. The recent emphasis on late-stage venture-capital funding has allowed high-growth tech companies to delay their IPOs to instead focus on consolidating their market share, a shift that seems to their long-term benefit. Examples include Uber, Snapchat, AirBnb, and Spotify, all of which sport multibillion-dollar valuations and have raised billions in private funds. But it's likely that next two years will see many, if not most, of these companies conducting their IPOs at last.

So while the IPO market has been downright boring for tech investors, the near future should prove far more exciting for new tech IPOs.