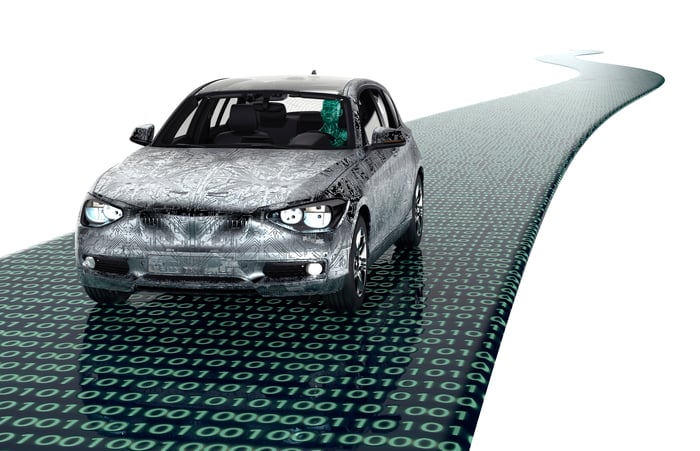 In an unexpected press conference on Sunday, Sept. 11, Tesla announced that the radar sensors in Tesla cars soon would have much more work to do. A new version of the cars' firmware would rely much more heavily on radar data and less on optical sensors provided by Mobileye, paving the way toward fewer optical sensors being installed in future revisions of the cars themselves.

Mobileye shares plunged on the news.

A couple of days later, Mobileye co-founder Amnon Shashua said that it was his company that ended the relationship. Tesla was "pushing the envelope in terms of safety," asking the Mobileye systems to do work that they weren't designed for.

Investors shrugged off that explanation and the shares continued to fall.

This looks like a huge overreaction, because Tesla really isn't all that central to Mobileye's business.

Sure, the electric-car maker generates lots of press coverage and is, therefore, a great tool for Mobileye's sales and marketing teams. But Tesla has not accounted for 10% or more of Mobileye's annual sales at any point. It would hurt far more to lose largest client General Motors (NYSE:GM), which stood for 24% of Mobileye's sales in 2015 and 30% in 2014.

Car industry expert and fellow Fool John Rosevear is more worried about component suppliers saying goodbye to Tesla than about Mobileye losing business prospects. He's probably right, and I say that as a Tesla shareholder.

So if Mobileye stepped away because of safety concerns, it was after calculating the resulting financial damage and concluding that it was the right decision.

Tesla will continue to "push the envelope" on self-driving technologies, and Mobileye is sure to keep researching the same market from the supplier side. One day, maybe the two shall meet again.

In the meantime, Mobileye remains a high-priced market darling. The stock trades at 112 times trailing earnings and 86 times free cash flows. Value hounds may want to stay on the sidelines here, despite the sudden discount.