What investors need to know about P&G's growth plans for the coming year.

Procter & Gamble (PG -1.63%) held its annual shareholders meeting this week at a time when investors are gaining optimism that a business turnaround is about to take hold. The stock is up 20% in the last 12 months as P&G moves into what executives predict will be a year of accelerating growth for the consumer goods titan.

Here are the key points management made in its presentation for investors. 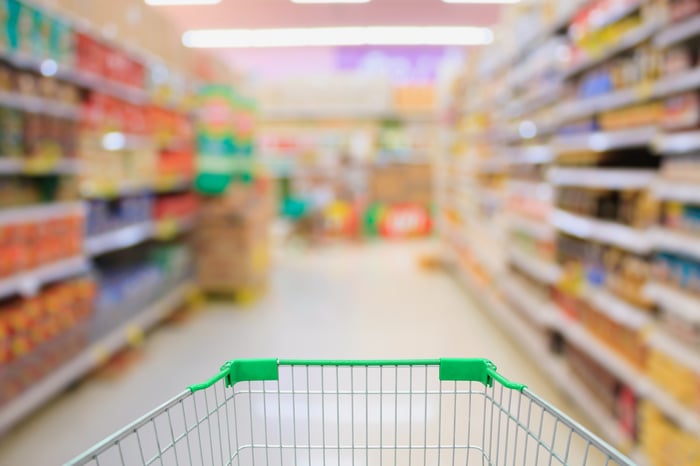 P&G is entering the new fiscal year with the wind at its back. Organic sales growth weighed in at 2% last quarter, compared to 1% for the full year. The bad news is that this growth pace still trailed rivals, meaning its market share struggles aren't over. However, its latest gains were driven by volume growth, not just higher prices, which suggests the company has a good shot at finally posting that sales rebound investors have been waiting for. P&G is seeing success from its ramped-up spending on advertising. In fact, executives credit a boost in marketing as one of the key factors behind the latest growth uptick. The company has to balance these costs against their potential to accelerate sales growth, though. Core profitability fell by almost 2 percentage points last quarter thanks mainly to the media spending increase. But P&G sees this trade-off as a profitable one over the long term, so the company plans to hike its marketing investments this year despite the fact that it has a much smaller portfolio. The marketing budget isn't limited to just TV and online advertising -- it also includes P&G's massive sampling program. Executives are planning to put trials of its new laundry detergent products into 30 million homes this fiscal year, up from 17 million in fiscal 2016. The company has found early success on this score in both its Gillette razors and Pampers diapers franchises by covering a whopping 80% and 70% of its target demographic, respectively. P&G is confident that many of these sampling users will convert into loyal fans of the brand. Management has blown past its original target for cutting costs by $1.2 billion per year, with savings instead averaging $1.4 billion over the past five years. The plan ahead calls for doubling down on these productivity initiatives so P&G saves as much as $2 billion per year over the next five fiscal years, for a total savings of $10 billion by 2021. If it hits these goals, the company should have plenty of funds to direct toward innovation research and marketing budgets while also sending a huge pile of cash back to shareholders, mostly in the form of stock repurchases. The company made significant progress in the latter two metrics last year, but it fell behind in the hardest, but most important one: organic sales growth. P&G lost market share across most of its product divisions in fiscal 2016 as revenue growth decelerated yet again.

Executives are calling for that negative trend to stop in fiscal 2017 as organic growth ticks up to 2% from 1%. Investors are likely to see solid profit gains and greater cash returns in either case, but they'll need to watch organic growth -- especially organic sales volumes -- for evidence that a real turnaround has finally taken hold.