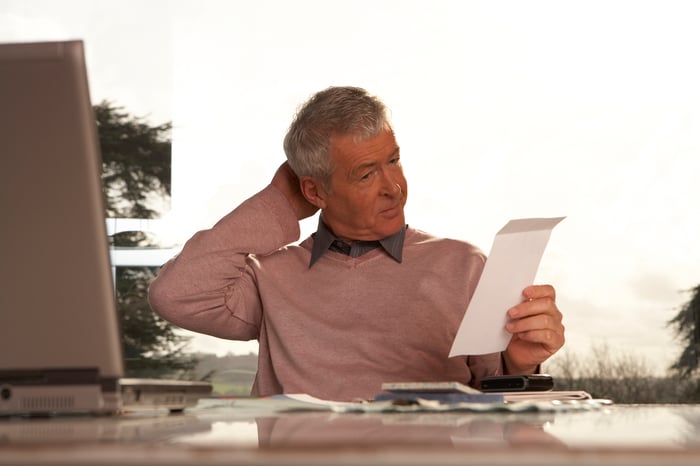 At The Motley Fool, we're big fans of long-term investing. Many Fools agree with Warren Buffett that our favorite holding period is forever. With that in mind, we're more concerned with buying strong businesses and holding them for as long as possible more so than timing the market.

That said, sometimes solid long-term companies aren't great short-term buys due to valuations, business risks, or possible thesis-altering events. We asked three contributors to pick a stock they're eyeing, but have failed to pulled the trigger on and the reasons for their current apprehension.

Matt DiLallo: I have been watching Equity Commonwealth (NYSE:EQC) since real estate mogul Sam Zell took over the company in 2014. Since that time his management team has gone to work to streamline the portfolio down to a stronger core. So far they have jettisoned more than 130 properties, as well as a stake in another REIT, bringing in a total of $4.1 billion in cash.

After paying down a mountain of debt, Equity Commonwealth still has a $2.4 billion war chest to drive growth going forward. The company's plans for that cash are rather vague other than saying it intends to reinvest those proceeds opportunistically in new investments that have substantial growth opportunities. While Zell has a long history of creating value in the real estate sector, the company's current lack of a clear direction -- as well as the lack of a dividend -- is keeping me on the sidelines. I plan to continue watching the company until Equity Commonwealth details its new way forward and reinstates the dividend, after which I'll decide if this REIT is the right choice for my portfolio. Disney's Filmed Entertainment division should perform well in the next decade, but will it be enough to offset a sluggish TV division? Image source: Walt Disney.

Disney's cheap, but is it undervalued?

Jamal Carnette, CFA: If you're a large-cap value investor, there's no doubt The Walt Disney Company (NYSE:DIS) is at least on your watchlist. Versus the S&P 500's price-to-earnings ratio of 25, Disney currently trades at 16.6 times earnings. By trading at a 34% discount to the greater market, Wall Street is not pricing in any growth from the company -- in fact, it appears Disney is currently priced for Armageddon. The last year has been tough for the entertainment conglomerate with shares providing investors a 11% loss versus the S&P 500's gain of 10%. The stock price currently sits among two-year lows.

The key issue for Disney is continued struggles in the company's core media networks division. Among analysts, there are two stances on Disney's future: The first is the company will rapidly lose subscribers as cord-cutting and shaving accelerates, which will put pressure on earnings, which will put further pressure on valuations and the stock price. The second group essentially believes cord-cutting is overblown.

The latter group ignores the fact Disney's core network, ESPN, has lost a staggering 11 million subscribers in the last five years and is signed to expensive long-term content deals with the NFL and NBA. Additionally, ESPN's Monday Night Football viewership has precipitously slipped this year. The former group ignores the fact that, in spite of subscriber losses, Disney's grown revenue in this division 29.6% throughout the first nine months of fiscal year 2016 over 2011's corresponding timeframe, or the equivalent of 5.3% per year.

The answer, I believe, is somewhere in between the two opinions. In the end, Disney's days of double-digit growth from its media-networks division are most likely behind it, but will not be a huge drag on growth going forward. However, the stock market is currently valuing Disney as if it will be. In the long run, Disney's unique value proposition and wise purchases of Marvel, Pixar, and Lucasfilms will drive future results, but I'm putting the stock on my watch list until I can discern the full impact of cord-cutting and cord-shaving on Disney's bottom line. Sketchers is currently a deep-value play but has encountered a few turbulent quarters. Image source: Skechers.

Waiting for a step in the right direction

Sean Williams: Though I have a watchlist that's seemingly a mile long, the list of potential buys is much narrower. One such company that's on the buy radar that I'm not quite ready to pull the trigger on yet is footwear and accessories retailer Skechers (NYSE:SKX).

Skechers has had a couple of rough quarters this year as it's dealt with adverse currency effects, a fire in its Malaysian warehouse, and a shift in its domestic wholesale business. After reporting lower-than-expected sales and profit figures in Q2, Wall Street and investors ripped away what premium had built up in Skechers' shares. Now trading at $23, well off of its recent $50-plus per-share highs, Skechers is looking attractive.

The reason I wouldn't buy just yet is that Skechers, and nearly all retailers for that matter, have a tendency to experience growth hiccups over multiple quarters' time. It's likely that Skechers' unfortunate warehouse fire and currency issues will persist for another couple quarters, which could further weigh on the company's share price.

But make no mistake about it, there's plenty of intrigue here. Skechers has been growing its international business at a breakneck pace, and it opened a whopping 133 net stores during the second quarter. What many investors may not realize is that nearly three-quarters of Skechers' stores are located outside the United States. With a growing focus on direct-to-consumer sales, and a concerted effort to maintain or grow its Skechers kids business, Skechers remains on track to deliver high-single-digit to low-double-digit sales growth throughout the remainder of the decade.

A forward P/E of 11 and PEG of 0.64 make Skechers a stock to monitor closely in the coming months.