Andrew Tonner
(TMFTheDude)
Author Bio
Andrew Tonner is a senior tech specialist for The Motley Fool. He is a graduate of The University of Arizona with a degree in Finance. Follow @andrewtonner
With the Fed gradually raising interest rates, dividend investing is enjoying something of a resurgence of late (we wonder why investors would have ever stopped loving dividends).

Regardless, successful dividend investing tends to rely on a long-term "boring is beautiful" approach to beating the market. True, investing in companies that pay and grow their dividends and reinvesting those payments has been proven repeatedly to outperform the market over a multi-decade horizon. However, from time to time, cash-rich companies will also reward their shareholders with what's known as a "special dividend."

So what exactly are special dividends? 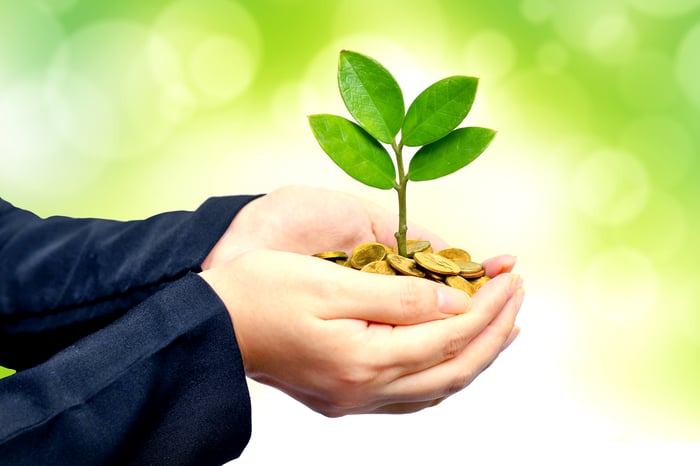 A special dividend is a one-time payment a company can distribute to shareholders for a number of reasons. Special dividends are something of a rarity, but correctly finding and investing in companies with upcoming special dividends is a savvy way for investors to pad their returns.

Here's a quick chart for 2 companies that appear to be strong contenders to pay a special dividend in 2017.

Of course, this chart doesn't explain why T. Rowe Price (NASDAQ:TROW) and Microsoft (NASDAQ:MSFT) are strong candidates to pay special dividends in the year ahead, so let's dive into the particulars of these two potential special dividend scenarios.

The candidates on this list were sourced by two main criteria. First, they should have a track record of paying special dividends since so few companies engage in the practice. Second, the companies in question must also exhibit the balance sheet flexibility to do so once more in the near-term. In both regards, Baltimore-based asset manager T. Rowe Price fits the bill.

A relative rarity in today's era of leveraged finance, T. Rowe Price carries zero long-term debt on its balance sheet. As of its most recent quarterly report, T. Rowe Price counted total assets in excess of $6.2 billion and total liabilities of $529 million. In fact, T. Rowe's nearly $2.4 billion in cash and short-term investments alone could cover the company's entire set of outstanding obligations four times over without the need for any contribution from its core operations. It's rare for companies to take such a conservative approach to balance sheet management, and this has given T. Rowe the flexibility to reward its investors handily.

In addition to its regular quarterly dividends, which it has increased for an impressive 30 consecutive years, T. Rowe Price has also demonstrated a commitment to return additional spare capital to its investors when opportunities to reinvest that cash are scant. In fact, just last year T. Rowe Price paid a special $2 dividend to its shareholders. At the time, T. Rowe Price carried about $3.6 billion in cash and short-term investments on its balance sheet, so the company has a ways to go before returning to that level of liquidity. However, between the company's profitable operations, conservative balance sheet, and history of the practice, T. Rowe Price is certainly a top contender to pay a special dividend in 2017.

Spending a whopping $32 billion on special dividends is about as surefire a way to make sure you appear on any special dividend list as you can have, and that's precisely, but not exclusively, why Microsoft stands as a candidate to pay another special dividend in 2017.

Microsoft earned its reputation for dividend payments in 2004 when the company issued a one-time $3-per-share special dividend, a payment so large The Wall Street Journal likened its potential benefit to the U.S. economy with the Bush administration's expanded child tax credit program.

At that time, Microsoft was just becoming a mature company. In fact, some viewed its one-time special dividend as a harbinger that Microsoft's days of heady growth had officially ended. At that time, Microsoft held about $43 billion in net cash and short-term investments on its balance sheet. Fast-forward to today, and Microsoft carries roughly $59 billion in net cash and investments on its books. True, a meaningful portion of that cash resides overseas, but other cash-rich tech companies like Apple -- another special dividend candidate in its own right -- have successfully borrowed against their international cash hoards to fund capital returns to shareholders. There's certainly a case that Microsoft could do the same to fund a major return of more of its capital to shareholders.