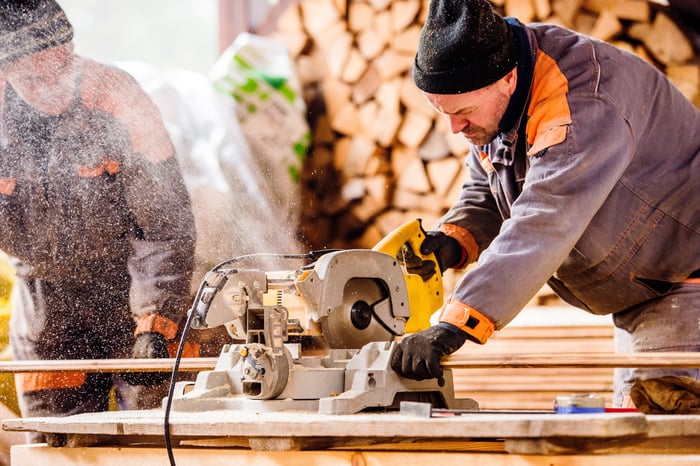 It looks as though Sears Holdings (NASDAQ:SHLDQ) chairman and CEO Eddie Lampert is going to have to go with Plan B for the Craftsman brand, after Stanley Black & Decker (NYSE:SWK) said it was buying the tool business of rival Newell Brands (NASDAQ:NWL).

While Lampert has been stripping Sears of anything of value for years, by selling or spinning off businesses like Lands' End, Orchard Supply, and Sears Hometown & Outlet Stores, he may have missed the window of opportunity to shed the quality brands Sears does still own: Kenmore, Craftsman, and DieHard.

Kenmore, for example, was once the top-selling brand of appliances. More than a decade ago it had an estimated 27% share of the market, but has since seen it dwindle to just 12.7%: Whirlpool and General Electric eclipsed the brand in popularity, and both Lowe's and Home Depot topped it to grab the No. 1 and No. 2 positions, respectively, as places to buy appliances.

So what was left for Lampert to do? A plan for brand extensions.

On the surface it seems like a good idea -- Sears' brands still hold significant mindshare, even if that's less than what it used to be. A smart extension could help revive interest in the core products, too.

Unfortunately, that doesn't seem to be what Lampert has in mind. Instead of taking Kenmore's well-known association with appliances and maybe slapping the name on a related product in the kitchen or laundry room, Sears has decided to venture into the living room with a Kenmore TV. Its plans for network-connected home refrigerators, washers, and dryers seem better thought out, if only just incremental.

Similarly, DieHard tires could work because of the brand's affinity with automobiles. But Bluetooth speakers and earbuds don't carry any natural association with DieHard, and besides, they're commoditized products anyway.

Along those lines, a wifi-enabled Craftsman garage-door opener doesn't seem to really move the needle; internet-connected Craftsman tool storage units make it look like the company's marketing department is reaching for something else they can put computer chips into. 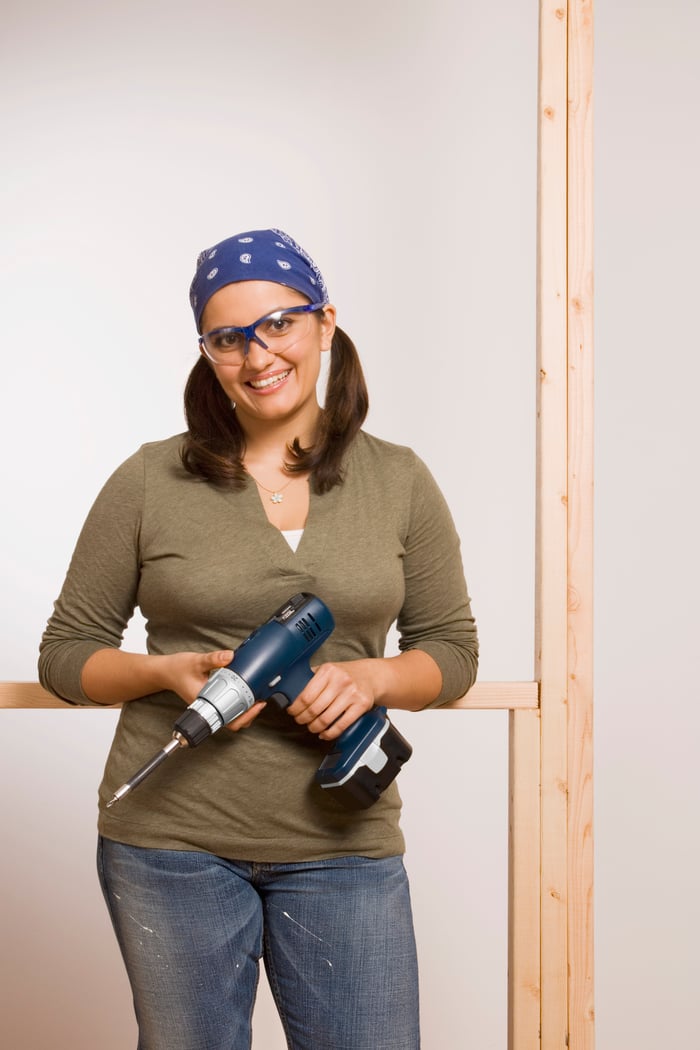 A sale would've solved everything

All this is why rumors of the actual sale of the Craftsman brand sent Sears stock surging 20%. As the company has been spiraling downward for years, with losses widening and an inability to post a single quarter of comparable-sales growth in 11 years, unloading Craftsman tools would likely have infused the balance sheet with a lot of cash. It would be a one-time influx, but investors seem to be getting used to Lampert keeping Sears afloat with regular additions of nonrecurring sources of revenue.

Unfortunately, that isn't to be. Stanley said it was buying Newell's tool division for $1.95 billion, as the company continues its own reorganization efforts by shedding non-core businesses and acquiring new ones, like its recent purchases of Jarden and Elmer's.

Stanley itself has acquired a stable of tool brands over the years, and now owns everything from Black & Decker and Porter-Cable to DeWalt and Oldham, though most came with its 2010 purchase of Black & Decker.

The Craftsman brand would have been a neat, obvious fit for Stanley, but instead Stanley will be acquiring Newell's well-known tool brands Irwin and Lenox, which it expects will lead to earnings accretion of $0.15 per share in the first year and as much as $0.50 per share by the third year.

Yet that means Sears may have no one left to sell the Craftsman brand to, as Stanley will need to focus on integrating this big acquisition into its own operations. Though companies like Makita and Hitachi are possibilities because they also manufacture power tools, and even Snap-on could make use of Craftsman hand tools, Stanley Black & Decker was by far the biggest peer that would have the financial wherewithal to successfully buy the brand.

With Stanley likely out of the running now, Lampert will have to make adding more bells and whistles to Craftsman products into a sound business plan.