Procter & Gamble (NYSE:PG) investors are feeling optimistic for a change. Its stock is up 14% in 2016, which puts the consumer goods giant in the top third of all Dow stocks in year-to-date performance.

That rally puts pressure on P&G to show real business progress when it posts quarterly results on Tuesday, Oct. 25. Here's what investors will want to see from the company next week.

P&G has encouraging momentum heading into the first quarterly report of its new fiscal year. Organic sales improved to a 2% expansion pace last quarter from 1% the prior quarter and 0% over the prior six months. 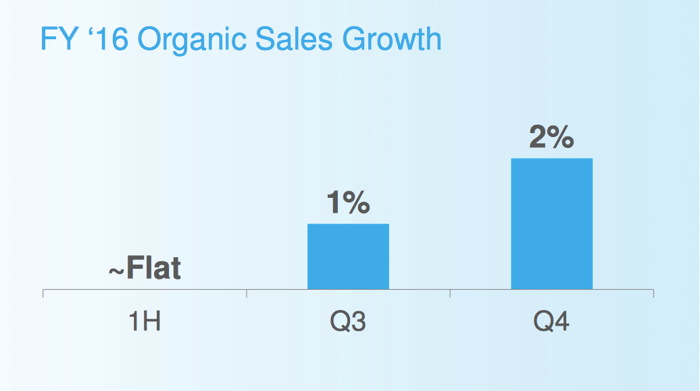 In addition, the recent gains were powered by higher sales volume, and not just increased prices, which is good news because it implies healthier, more balanced growth. With volumes rising across its portfolio, P&G is poised to end its market share slide after two years of below-average growth.

Yet that rebound might be held back by a weakening industry. Rival Unilever (NYSE:UL) just posted a rare volume decline as its expansion pace worsened to 3% from 5%. Executives said that demand for consumer products around the world "slowed further" from its already soft pace. That's why investors will be eager to hear from P&G CEO David Taylor about how the company is navigating that slump, along with an update on what it might mean for the company's forecast of 2% overall organic growth in fiscal 2017.

P&G's business is supposed to produce consistently strong earnings growth of around 8% each year. Yet the company has fallen far short of that aim lately. In each of the last two fiscal years, in fact, core earnings fell 2%. 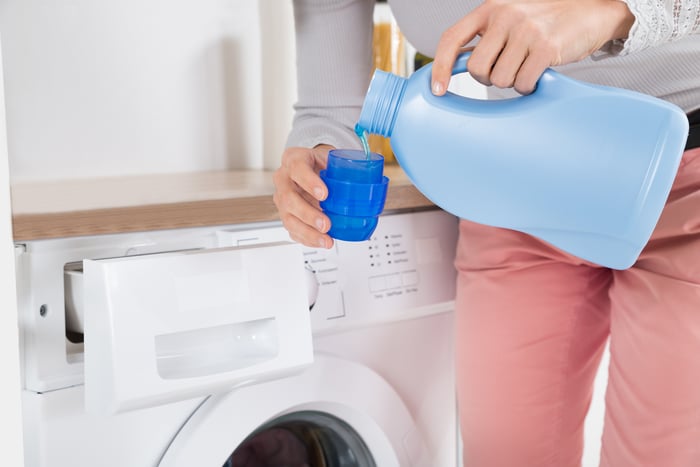 The company in early August projected a return to form in fiscal 2017, with core earnings rising by about 6%. A major contributor to that goal will be ramped up cost cuts.

P&G squeezed $1.4 billion per year out of its expense structure lately by reducing overhead and improving efficiencies throughout its supply chain. Executives aren't resting on that success, though, and plan to boost savings to a $2 billion annual pace over the next five years.

Cutting against those gains will be increased spending on things like marketing and innovation research. P&G is ramping up advertising support for its biggest brands while pouring cash into sampling programs that get trial versions of products like the Gillette razor blade into millions of consumers' hands every year. Management believes that savings from cost cuts will be enough to fund this extra commitment, while still producing earnings of about $3.85 per share this year -- up from $3.67 per share in fiscal 2016.

Even as operating results disappoint, cash flow has been a key bright spot for P&G shareholders. The company produced over $15 billion of operating cash last year, and free cash amounted to well over 100% of earnings, beating the company's long-term target of at least 90% cash flow productivity.

Besides demonstrating the strength of its business model, rising cash flow is important because it directly impacts shareholder returns. P&G plans to deliver a huge portion of its market capitalization to its investors through stock buybacks and dividends over the next few years ($22 billion in fiscal 2017 alone), so its cash generation will be critical to watch.

If gains in this area are strong, the company will be able to goose investor returns by dramatically lowering its share count while hiking its dividend. If not, income investors will likely be disappointed by another weak dividend raise this year following 2016's tiny 1% uptick.