Netflix (NASDAQ:NFLX) was all set up for a big miss. The leading video streamer's second-quarter report was particularly disappointing, as subscriber growth came in well short of guidance, marking its slowest growth in two years.

Management had conceded in its previous report that the un-grandfathering process that's raising prices on longtime customers had a significant effect on churn. With the price increase continuing in the third quarter, its international expansion complete, and competition on the rise, many predicted another disappointing report.

The Wall Street Journal speculated that "Netflix isn't headed toward a happy ending." And several analysts issued bearish recommendations in the weeks leading up to the report.

Netflix blew expectations away. The stock jumped 20% the day following the earnings report and continued to climb during the week. How did the "smart money" get it so wrong?

Here are a few reasons why.

CEO Reed Hastings has "apologized" in the last two earnings calls for the stock's volatility, and has previously referred to euphoria pumping up the value of the stock. Even Hastings, the co-founder of the company and its leader through its 20-year existence, is often confounded by the stock's fluctuations.

Indeed, Netflix is one of the most volatile stocks on the S&P 500, and often moves 10% or more after earnings releases. Behind the volatility lies unpredictability. Netflix itself struggles to accurately project its own subscriber growth despite having access to reams of data and two weeks' worth of results from that quarter. Its triple-digit P/E ratio is another reason for the volatility as the lack of significant profits renders the favored valuation formula meaningless.

Hastings reminds investors in every report that Netflix's forecast is its actual internal forecast at that time. Unlike many companies, which issue conservative guidance to help massage results, Netflix is going for accuracy. It also uses precise numbers instead of ranges, likely increasing the level of volatility after each earnings release.

2. Netflix is unlike any company before it

It pioneered DVD-by-mail and then video streaming, which it's now taken global. It's a novel business without any true peers. Companies like this are particularly difficult for Wall Street to forecast and value, as unpredictability takes the analysts out of their comfort zones.

There's no simple model for forecasting results from a company like Netflix, and shopworn concepts like discounted cash flow analysis lose their relevance, especially when applied to a company losing more than $1 billion a year in free cash flow. Amazon.com (NASDAQ:AMZN) is a similar kind of business, and has consistently flustered Wall Street, often posting volatile swings after its earnings releases. 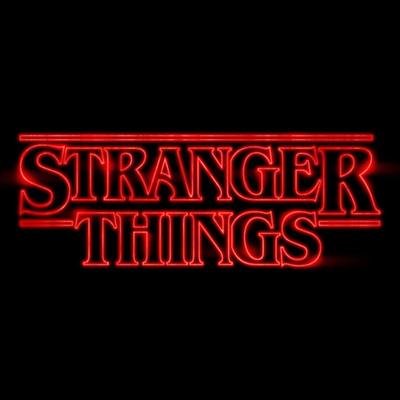 3. There's no accounting for taste

Combine a company that struggles to project growth with a new technology and a model that Wall Street is unfamiliar with, and you get a formula for volatility.

Management seems to believe that the popularity of shows like Stranger Things and Narcos drove it to outperformance in the third quarter, and the company is leaning on original programming to deliver further growth. But that's another reason to expect the volatility to continue. The success of Stranger Things helps explain why.

The nostalgic sci-fi series was passed on by more than a dozen other studios. Netflix took a chance, and it became a surprise hit, delighting critics and viewers alike. As the rolls of box office bombs attest, the movie and entertainment business is notoriously unpredictable.

As Netflix plows even more money into original programming, quarterly forecasting will continue to be challenging. Investors should expect the volatility to continue. Still, the streaming giant has shown, time and again, that it's a mistake to bet against it. There will be misses, but the hits will more than make up for them.