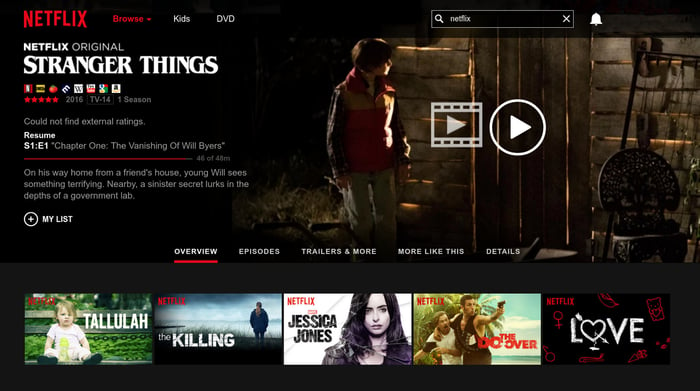 Netflix (NASDAQ:NFLX) isn't wasting any time on its promise/threat to take on more debt. It's only been a week since the streaming veteran's management said it would "raise additional debt in the coming weeks." Today, the company is already following through on that plan.

There is no word yet on the maturation dates or interest rates on these debt papers, though that might change quickly. The last two rounds of debt offerings were followed up by firm pricing announcements on the same days as the original offering announcements.

Those two offerings, adding up to $1.9 billion overall, ended up with term lengths between seven and 10 years and interest rates ranging from 5.5% to 5.87%. The prime rate has increased by 0.25% since then, but remains near historical lows. The time is still ripe for exploiting low interest rates.

Indeed, CFO David Wells believes that Netflix should optimize its capital structure by raising the debt balance while interest rates are low. This way, the company gets access to "the lowest possible weighted average cost of capital." That is financial lingo for "a cost-effective balance between running the business from cash reserves and using low-cost loans."

The proceeds from this new debt will be used for the usual general corporate purposes, though management has been pretty firm about its plans to finance more original content productions by means of higher debt balances. The situation has not changed since Netflix started building its debt load in 2014.

What the credit quality experts say

Credit agencies appear to have been tuned into Netflix's debt plans ahead of time. No more than two hours after the announcement, Moody's (NYSE:MCO) published its opinion of these senior notes' credit quality.

The credit rating agency gave this debt a B1 rating, matching Netflix's existing senior unsecured debt rating and the company's overall corporate credit rating. As a reminder, B1 is a middle-of-the-road example of the junk bond family, several steps below investment grade bonds starting at Baa3. The outlook for rating changes is stable, but with several caveats.

Moody's noted that Netflix is lifting its debt-to-EBITDA ratio to uncomfortable levels of nearly 10 in the short term, which normally would be grounds for at least considering a downgrade. That's a temporary situation, based on Netflix management's plan to become strongly profitable in 2017 and beyond, and thus not a threat to the company's long-term credit ratings.

"Based on the company's solid growth trajectory supported by consistent subscriber gains and expectations for positive contributions from international markets in the next couple of years," Moody's wrote, "we anticipate that leverage will decline rapidly (starting in 2017) to well under 5.0x by the end of 2018 and the company will be strongly positioned in its rating category."

In short, Moody's is taking no new action based on this debt offering, neither positive nor negative. Nine months ago, Netflix said that the credit agencies just need some time to warm up to the company's growth-oriented business plans:

Given the attractiveness of our business model in a growth area relative to other large-cap companies, as well as our low debt-to-EV ratio, investors view our bonds as quite secure; they trade better than the BB index, despite our single B credit rating, (but not yet as well as media firms like Viacom or Discovery ). Over time, the ratings agencies may catch up to the buy side in their views of the credit risk for Netflix.

Netflix is still waiting for that change of tenor to come around. In the meantime, at least Moody's looks quite comfortable with its existing Netflix thesis.

This might -- might, but don't hold your breath -- be Netflix's last trip to the financing wellspring for the foreseeable future, if the heavy investment in global services and strong original content pays off as expected. The guidance for solid bottom-line earnings in 2017 and beyond could translate into equally strong cash flows -- but only if the additional cash isn't immediately reinvested into even more original content.

Netflix is likely to spend something like $1.3 billion on original content production in 2016, or roughly 20% of its total content budget. That tally could double next year. At the same time, the production costs will also have the support of improving bottom-line profits. Exactly where the chips might fall remains up in the air, and management is tight-lipped about the finer details of its content plans.

So there is still much we don't know about Netflix's future balance sheet and the business operations it will fuel. What's certain is that the digital video expert is nowhere near ready to take its foot off the revenue growth accelerator for years to come, and this $800 million loan plays a significant part in that aggressive strategy.