Samsung (NASDAQOTH: SSNLF) recently discontinued the Note 7 phablet after replacement units for the original device, which overheated and caught fire several times, were found to have the same flaws. Macquarie analyst Daniel Kim estimates that the debacle could result in 3.1 trillion won ($2.8 billion) in losses during Samsung's fourth quarter, which would likely wipe out the entire mobile division's quarterly profits.

The damage to Samsung is obvious, but the Note 7 fiasco could also hurt Facebook's (NASDAQ:FB) Oculus VR. That's because the Note 7 was one of the few Samsung devices that worked with the Gear VR headset, which was co-developed with Oculus and tethered to Facebook's Oculus Home ecosystem. In response to the Note 7's discontinuation, Oculus recently disabled the Gear VR app on those handsets.

The Gear VR is expected to reach a wider mainstream audience than higher-end VR headsets like the Oculus Rift and HTC Vive, since it has a lower price tag and doesn't require a high-end gaming PC. Could Samsung's big blunder also impact Gear VR sales this year and in turn throttle the expansion of the Oculus Home ecosystem? Let's crunch the numbers to find out.

A closer look at the Gear VR

Samsung offered the Gear VR, which usually costs $99, for free in various promotions to customers who purchased the S7, S7 Edge, and Note 7 earlier this year. The Gear VR is also compatible with older flagship devices like the Note 5, S6, and S6 Edge.

SuperData estimates that the Gear VR will have an install base of about 2.3 million by the end of this year, making it the second most popular VR headset after Sony's (NYSE:SONY) PlayStation VR, which is expected to hit 2.6 million.

Facebook is only expected to sell 360,000 Oculus Rifts. That anemic interest was confirmed by a recent Steam survey, which found that a mere 0.1% of the respondents owned a Rift. As a result, Facebook will still depend heavily on Samsung's devices to expand Oculus Home's reach for the foreseeable future. 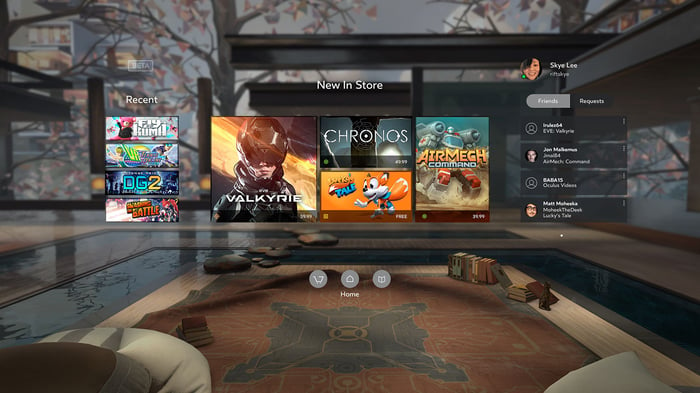 Back in August, Hyundai Securities estimated that shipments of the Note 7 could hit 12 million this year. Meanwhile, Daishin Securities estimated that Samsung could sell up to 25 million S7 and S7 Edge devices this year. Based on those estimates, we can assume that Note 7 users would have accounted for about a third of the new Gear VR-compatible user base by the end of the year.

But that doesn't necessarily mean that the Note 7's demise will reduce Gear VR sales by a third. Many Note 7 customers already received the Gear VR as a free gift that they can still use with other flagship devices. Sales estimates for the S7 and S7 Edge could also rise as the Note 7 disappears, in spite of the reputation-beating the brand has taken. Lastly, users of older flagship devices who don't own a Gear VR yet might buy the headset this holiday season without buying a new phone.

Therefore, I believe that the Note 7's failure should just be a bump in the road for the Gear VR, and probably won't cause the headset to fall behind its pricier PC-based rivals.

This whole incident reveals how much Facebook still depends on Samsung in the VR market. Facebook needs Oculus Home to reach more users, because it retains a 30% cut on all VR content sales. This next-gen app store is basically Facebook's forward-thinking answer to Alphabet's Google Play.

Without Gear VR, Oculus Home would have a hard time gaining momentum outside the Rift's core demographic of affluent, hardcore-gaming early adopters. However, Samsung and Facebook could soon face tough competition in the mobile VR space when Google's Daydream, a similar VR ecosystem, arrives on more Android devices.

Since Daydream is essentially a VR expansion for Google Play, it could marginalize Oculus Home out of the mobile market by spreading to Samsung devices. The companion headset, the Daydream View, is also cheaper than the Gear VR at $79.

The real danger to Facebook's VR ambitions isn't the Note 7's fiery flop. It's the company's dependence on Samsung to retain a foothold in the higher-growth mobile VR market. Google is trying to drive a wedge between the two companies with Daydream. If it succeeds, Facebook could find it very difficult to expand its Oculus Home ecosystem without the backing of a major mobile OS like Android.