The home improvement giant is one of the most efficient companies on the market.

The retailer's ROIC was 29% over the past year, 4 full percentage points above the prior-year period and double what its closest rival, Lowe's (LOW -1.69%), could manage. The figure has roughly doubled for Home Depot since 2011, when it was below 15%. Lowe's, meanwhile, hasn't enjoyed nearly the same rebound. 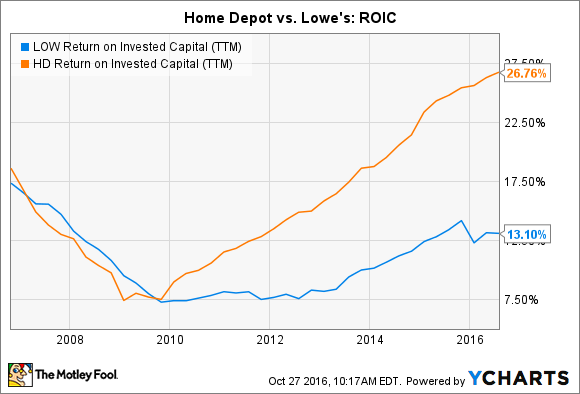