Analyst Romit Shah (via Barron's) recently noted that Intel's (NASDAQ:INTC) outlook for operating expenses as a percentage of revenue in 2017 should be around 34%, based on statements made by Intel Executive Vice President Stacy Smith. 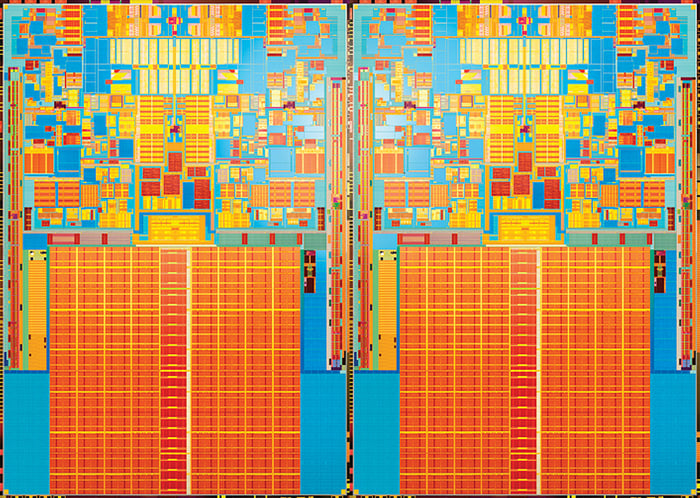 That higher-than-expected operating-expense guidance as a percentage of revenue, relative to his prior expectations, could be tied to the company's worse-than-expected performance in its data-center group.

"Amid weakness in data center, higher spending could signify something spookier, such as a defense move (i.e., more custom projects) to stem market share loss," the analyst writes.

I don't doubt for a second that this higher-than-expected spending outlook is due to fairly significant incremental investments in the company's data-center group. However, this isn't necessarily a bad thing, especially when investors consider the alternative.

Understanding the reality of the situation

Intel's main growth engine at this point is its data-center group. The growth in this business has been one of the key reasons Intel has been able to keep its total revenues flat to up over the past several years, even as its core personal-computer business has deteriorated significantly.

Right now, Intel's data-center group has the benefit of both being exposed to a number of growth markets -- such as cloud servers, networking infrastructure, and high-performance computing -- and limited competition. So far, the threat from ARM architecture-based servers -- which has loomed over Intel for years -- hasn't materialized.

Nevertheless, there are a number of factors that could allow these ARM-based server players to build more competitive products in the coming years. Should the ARM players, or perhaps competitors using alternative architectures, manage to capture a significant amount of share in the server market -- ARM predicts that its partners will, collectively, capture around 25% share in the server market -- this would significantly hurt Intel's long-term prospects.

Indeed, server share loss of that magnitude could wipe tens of billions off of Intel's market capitalization.

So Intel has to do absolutely everything in its power to make sure that it doesn't start hemorrhaging server market share.

When all is said and done, Intel's best defense mechanism against a broad set of competitors in the server market is its sheer research-and-development might. No single semiconductor company out there today is both willing and able to spend what Intel can and does to support its data-center products.

Indeed, one reason Intel is able to spend more than others is that it has the advantage of having a data-center business that brings in north of $16 billion in revenue each year. This large revenue base gives Intel the ability to spend fairly lavishly on research and development while allowing for a healthy level of profitability.

Another reason that Intel can outspend its peers is that many of the core technologies that it builds in support of its other businesses -- personal computers, the Internet of Things, and so on -- can be leveraged in the company's data-center product portfolio -- a point that former Intel CFO spent a lot of time making back at the company's 2014 investor meeting.

It simply makes sense for Intel to put the pedal to the metal on these investments before any of its competitors are able to reach any sort of scale. If Intel can consistently outrun the competition, it should only be a matter of time before those other companies decide that there are better uses of their cash than trying to compete with Intel on its own turf.

Intel is playing a long-term game; we'll see if the strategy ultimately plays out when the server processor market share numbers come in over the next three to five years.