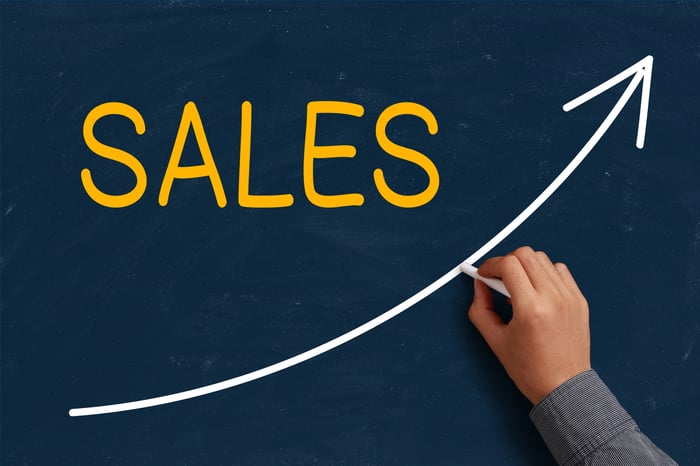 Investors can often find big stock winners by looking for companies that are expanding revenue at a fast clip. Strong sales growth is usually a forerunner of strong earnings and cash flow growth, which in turn drives stock prices. That said, strong revenue growth alone doesn't mean that profits will follow.

It's easy to find companies with actual and/or projected robust revenue growth, but many of them are tiny, have never been profitable, and don't have positive earnings or cash flow anywhere in sight. Two companies that are more established are Tesla Motors (NASDAQ:TSLA) and Facebook (NASDAQ:FB).

Electric-vehicle maker Tesla Motors' revenue has soared since the company went public in 2009, thanks to the success of its luxury Model S sedan and Model X crossover vehicles, which began being delivered to customers in mid-2012 and late 2015, respectively. Tesla's more affordable Model 3 sedan, with deliveries scheduled to begin in late 2017, could significantly rev up revenue growth.

The bulk of Tesla's revenue currently comes from sales of its EVs, but that could change over time as its nascent energy storage business grows. Tesla co-founder and CEO Elon Musk's plans to disrupt the energy industry by providing complete renewable energy systems for residential, commercial, and industrial customers by coupling Tesla's stationary storage lithium-ion battery packs with sister company SolarCity's (NASDAQ:SCTY.DL) solar panels. Those lithium-ion battery packs, which will also be used to produce the Model 3, will be manufactured at Tesla's "Gigafactory" once it's up and running.

SolarCity will likely move beyond being a sister company next month, as Tesla is in the process of acquiring the company run by Musk's cousin in an all-stock deal. On Nov. 1, Musk will provide a strategic and financial update on the deal, which will then go to a shareholder vote on Nov. 17.

Analysts expect Tesla's year-over-year revenue to increase 22.5% to $6.48 billion in 2016 followed by a 43.9% jump to $9.33 billion in 2017, which equates to 76.4% revenue growth in the two-year period from 2015 through 2017. No, 76.4% is not a doubling of revenue. The potential doubling of revenue occurs from now -- so through late 2018. Tesla's year-over-year revenue growth should accelerate in 2018 because the Model 3 should begin rolling out in at least decent numbers sometime during the year, unless Tesla's quite behind plan, which is possible. (Revenue, of course, will get an even bigger boost if the SolarCity deal goes through.)

Analysts aren't projecting that Tesla will be profitable through 2017. And given the likely Solar City deal and Musk's endless ambitions, profitability could be quite a way down the (electric) road. However, it's worth noting that Tesla just this week posted a surprise profit for the third quarter. So the core business does have the potential to be profitable. It's simply that money will almost surely be plowed back in for quite a while to fuel Musk's long-term vision. 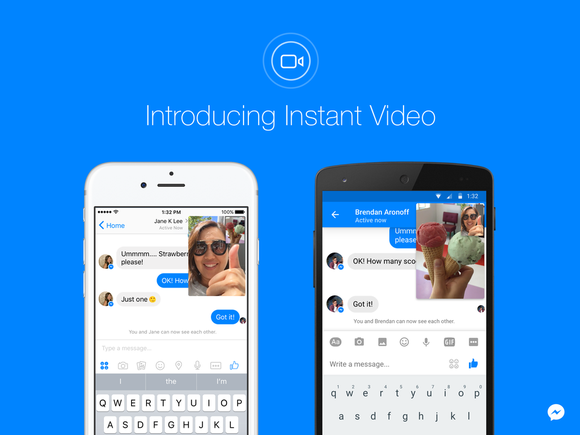 Like Tesla, social-networking phenomenon Facebook has posted scorching revenue growth since going public, which in its case was in 2012. It also shares some other key traits with Tesla: It was founded and is run by a leader -- CEO Mark Zuckerberg -- whom many believe to be a visionary, and its revenue growth is projected to stay in go-go mode for at least the near term.

Tesla is the better company or societal force for good, in my view. It's disrupting an industry not only tied to global warming, but also delivering core products that I believe truly benefit consumers. While Facebook has some valuable uses, at core, it's an outlet for broad and deep ad mining. As an investment, however, Facebook is probably a much safer bet than Tesla for most investors. Zuckerberg together with Chief Operating Officer Cheryl Sandberg, has been doing a great job running the company -- and, unlike Tesla, it's already very profitable.

Analysts expect Facebook's year-over-year revenue to soar 51.5% to $27.15 billion in 2016, followed by a 35.10% jump to $36.7 billion in 2017, which equates to scorching 104.7% revenue growth in the two-year period from 2015 through 2017. Moreover, Facebook has enough growth potential in its core business as well as in its other platforms -- WhatsApp, Messenger, and Instagram -- to keep the revenue growth party going for some time, assuming folks don't tire of its offerings or it doesn't get disrupted. (Neither of these things is likely to happen through the intermediate term, in my view.)  In the second quarter, Facebook's monthly active users increased 15% year over year to 1.71 billion, while WhatsApp and Messenger both had over 1 billion monthly active users, and Instagram had more than 500 million MAUs.

Ad-based businesses in general can be extremely lucrative when done right. (Think Alphabet's Google.) And, in fact, Facebook became profitable very early on after its IPO. It turned the corner to profitability in the fourth quarter of 2012 and its profitability has since soared. Its profit margin for the trailing 12 months is a fat 27.2%. To put that in context, Google's trailing-12-month profit margin is 22%. Moreover, Facebook is also a cash cow that generates amazing cash flows. Cash is especially king in the tech industries because it allows companies to buy other companies and pour money into long-term growth initiatives.