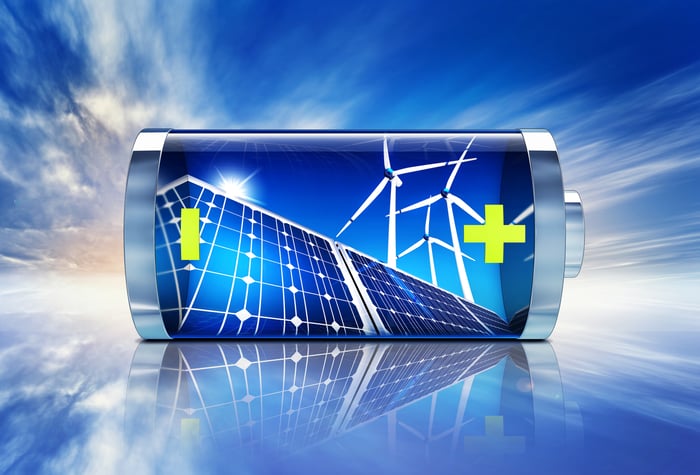 Tesla Motors Inc's (NASDAQ:TSLA) deal to buy SolarCity Corp (NASDAQ:SCTY.DL)may have already cost it a key customer in residential solar. Sunrun (NASDAQ:RUN), which was the second-largest solar installer in the second quarter of 2016, recently signed a non-exclusive deal with LG Chem Ltd to sell energy-storage systems in the U.S.

Sunrun is not only a big player in the residential solar space, it was an early Powerwall customer. The fact that it would look elsewhere for battery solutions says a lot about where the energy-storage business is headed.

The move Sunrun needed to make

Residential solar is becoming an incredibly competitive space, with national installers fighting each other and smaller regional installers for customers. So companies have to differentiate themselves by offering compelling solutions to customers, and energy storage is one way to do that. Partnering with LG Chem brings a major manufacturer into the fold for Sunrun.

Sunrun is selling LG Chem's batteries with its product called BrightBox, which will allow customers to self-supply energy in Hawaii. As more states move to time-of-use rates, and other monetization strategies open, Sunrun will expand the product to more states.

While energy storage is still a small business today, it's expected to grow very quickly over the next decade, becoming a staple with solar installations. And LG Chem is gaining a key customer while Tesla will likely lose one.

SolarCity's side effects for Tesla

In buying SolarCity, Elon Musk is trying to build a vertically integrated renewable-energy company. But in the process, he's limiting the number of customers who will buy energy-storage solutions from Tesla.

SolarCity is the biggest residential solar installer today, but it's losing market share, and now major competitors Sunrun and SunPower (Sunverge) have chosen other suppliers, while No. 3 installer Vivint Solar hasn't chosen an energy-storage partner yet. It's also hard to see why a small regional installer would help a national installer by buying its energy-storage system. That, essentially, leaves SolarCity as the only logical customer for Tesla's Powerwall, limiting the market.

Energy storage is still mostly a twinkle in the eye of solar companies today, but they're learning how they're going to build, finance, and run energy storage as it becomes more economical in the future. Partnerships forming today will be key long term for both sides of the business. The fact that Tesla is losing the No. 2 solar installer isn't a great sign, and there may not be installers outside of SolarCity to buy the Powerwall. Investors will want to keep that in mind as they assess the opportunity ahead in energy storage.