With the launch of Intel's (NASDAQ:INTC) fourth-generation Core processors came the birth of the company's Iris Pro graphics technology. In a nutshell, Intel created two versions of its H-series laptop processors (aimed at larger, higher-performance laptops): ones with relatively weak on-board graphics, referred to as Intel HD graphics -- and ones with much higher performance graphics, known as Iris Pro. 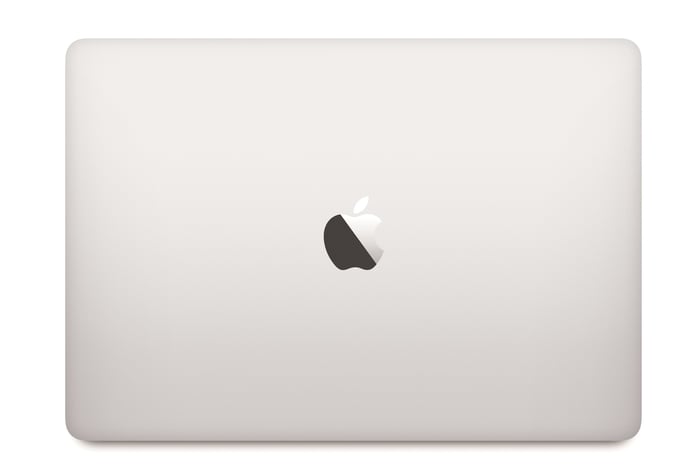 The business rationale behind the Iris Pro models was simple to understand: Intel wanted personal computer makers to, instead of paying a graphics-processor vendor for a low-end stand-alone graphics processor, put those extra dollars toward an Intel processor with a roughly comparable integrated graphics processor.

It's not hard to see that capturing that dollar content would lift the average selling prices of Intel's processors, ultimately boosting Intel's revenue and gross profit.

Although prior leaks showing Intel's future notebook processor plans indicated that Iris Pro was a goner, Apple's processor choice inside of the 15-inch MacBook Pro makes it official.

Although it may seem that this is somewhat bad news for Intel, particularly as the chipmaker likely charged Apple (and the small group of other companies that used the technology) a premium for these parts over what it charges for chips with vanilla HD graphics, over the long term it's not that bad.

It could even be a positive development.

For one thing, even though Iris Pro appears to have run its course, Intel is still selling Iris-based processors. Iris technology is fundamentally the same as Iris Pro, except it is used in lower-power processors: Iris Pro was found on 45-watt chips, and Iris is used in Intel's premium 15-watt and 28-watt chips.

Indeed, Apple's new 13-inch MacBook Pro computers use Intel processors with Iris graphics, and the technology seems to be picking up steam with other personal computer makers (such as Microsoft (NASDAQ:MSFT), VAIO, Dell, and Lenovo Group (OTC:LNVGY).

So, Intel should still be able to improve its notebook processor mix as it improves the value proposition of its Iris graphics offerings.

For Intel's efforts here to succeed, though, customers need to believe that by picking laptops with Iris technology, they will be able to enjoy modern games at reasonable performance and quality settings. That will have to come from a combination of Intel delivering good performance with its Iris technology, and Intel effectively marketing the technology to customers.

Over the next couple of years, I suspect the removal of Iris Pro from its lineup, coupled with increased focus on Iris graphics for low-power chips and higher CPU core counts for higher-power chips, could help Intel sell a richer notebook processor mix than it does today.

Why increasing product mix is important

The personal-computer market is generally believed to be in decline, and there's little that Intel can do to change those broader trends.

What Intel can do is try to deliver more value with its processors, so that when people do go to purchase personal computers, they have incentive to buy machines with more powerful (and more expensive) Intel processors.

More cores is a nice selling point. Intel may even want to consider revamping its branding efforts to make sure customers are aware of which laptops with Core i7 processors pack four cores and which ones have six (though this is a topic for another day).

In desktop processors, Intel saw a similar trend, though one not quite as good: Volumes dropped 5%, but the resulting revenue drop was somewhat offset by a 2% increase in average selling prices.

The more that Intel can do to sell a richer mix of products in the face of unit-volume shipments which range from flat to slightly down, the better of a shot the company has to keep its PC-related revenues stable over time.