Sears Holdings (NASDAQ:SHLDQ) might want you to believe it hasn't lost a major vendor, but the statement it put out reportedly refuting the claim actually seems to confirm it. At the very least, it doesn't deny that toymaker JAKKS Pacific (NASDAQ:JAKK) has stopped shipping toys to its Kmart stores, and considering all the other circumstantial evidence pointing to the veracity of the claim, Sears looks as if it's in deep trouble this Christmas. 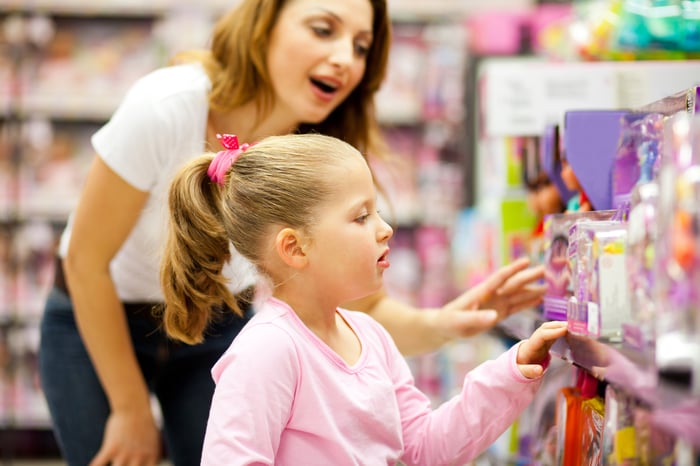 JAKKS is not playing around

During the quarterly earnings conference call with analysts, JAKKS Pacific Chairman and CEO Stephen Berman said the toymaker had made the difficult decision to suspend shipments to a major U.S. customer, which it identified only as "one of the largest U.S. retailers." It was The Wall Street Journal that indicated it was Sears' Kmart chain that suffered the blow.

Sears rushed out a statement on the company's blog supposedly refuting the claim. In a post titled "Just the Facts -- Vendor Relationships," CFO Jason Hollar called the report "speculation and (a) rush to report the negative." He essentially outlined three things to assuage concern:

What's notable in the post is what the CFO didn't say: At no time did he mention that JAKKS had not suspended shipments to the retailer. That seems to be a major omission.

Sears has been trying to calm the jitters of suppliers for a few years now. In the fall of 2014, Chairman and CEO Eddie Lampert had to use his ESL Investments hedge fund to stave off the sort of bankruptcy talk that plagued rival J.C. Penney (OTC:JCPN.Q) when it was rumored one of its lenders was no longer financing its deliveries. Lampert ended up lending Sears $400 million via a short-term loan secured by liens on 25 pieces of properties, a move that temporarily smoothed over any worries vendors might have had.

But last year, the retailer resorted to an accelerated payment schedule with vendors, paying them in as few as 15 days, compared with the industry standard of 30 days or 60 days, as a means of compensating them for the additional risk associated with shipping to the troubled retailer.

And just this past August, it appeared Lampert was once again engineering a scheme to forestall suppliers from bolting ahead of the holidays. ESL Investments once again extended credit to the company in the amount of $300 million that was to be secured by a junior lien against the retailer's inventory, receivables, and other working capital. Of course, this was in addition to other stopgap measures Sears has had to deploy to keep the doors open over the years, as sales fall quarter after quarter and losses widen. 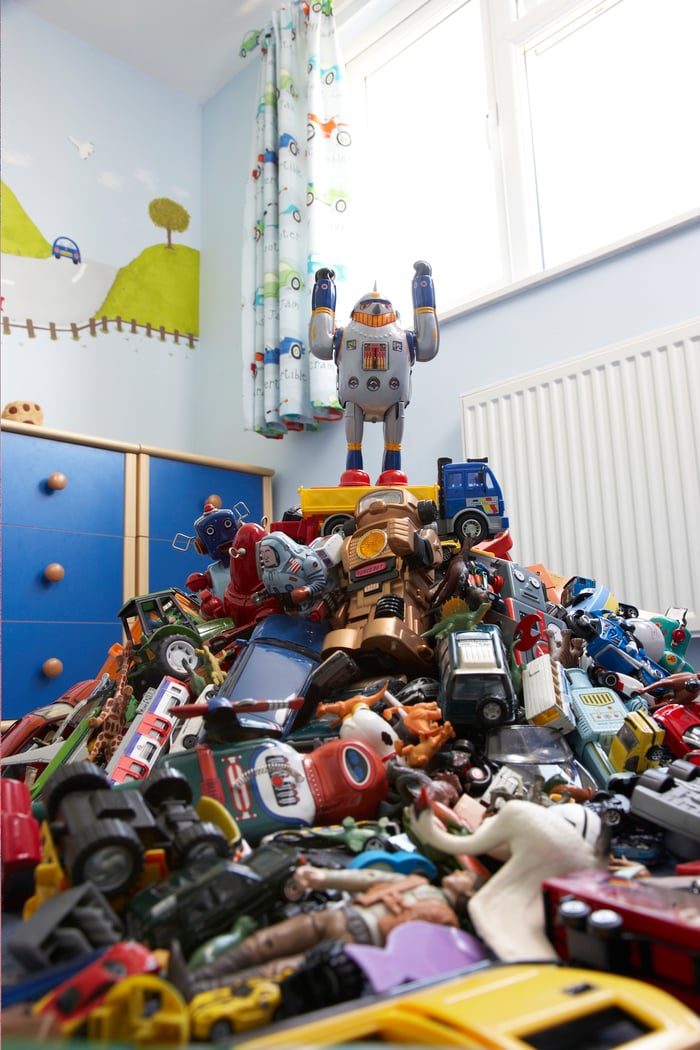 No longer the top of the heap as it once was, if Kmart has really lost JAKKS Pacific as a supplier as it seems, Sears may see other vendors get nervous and also sever ties. Image source: Getty Images.

Now it appears Lampert was unable to keep all the balls he was juggling up in the air and JAKKS Pacific has bailed, despite the retailer's supposed assurances to the contrary.

A much smaller toy box

Although the Journal quotes Sears as saying it intends to keep working with toymaker through 2017 -- again, important qualifiers are used, as "intending" to do something and doing it are two different things -- it goes on to point out just how far Kmart's star has fallen. Once upon a time, Kmart was one of the top toy retailers in the U.S., but those glory days are gone as Wal-Mart, Target, and even Amazon.com have far outstripped it.

And Kmart's footprint is dwindling, too. While many retailers are reducing the number of stores they have open, earlier this summer Kmart employees feared their jobs were at risk after the stores began pulling all of their inventory out of the backrooms and putting it on the shelves. While that was seen as something a retailer preparing for a liquidation would do, Kmart insisted it just meant it was ensuring that customers had a positive in-store experience: They could find the merchandise they were looking for, and employees would be on the sale floor helping customers, not in the storerooms with stock.

Still, shortly thereafter, Kmart announced it was closing dozens of stores because they weren't profitable, on top of dozens more it had previously announced were being targeted for closure.

Now, even though it has somewhat said otherwise, Kmart may well be losing a major store vendor. That can only make other suppliers nervous, and there could be an exodus of more of them in the near future. Coming as it does just before the Christmas season gets under way, Kmart and Sears may not have any good tidings to report.