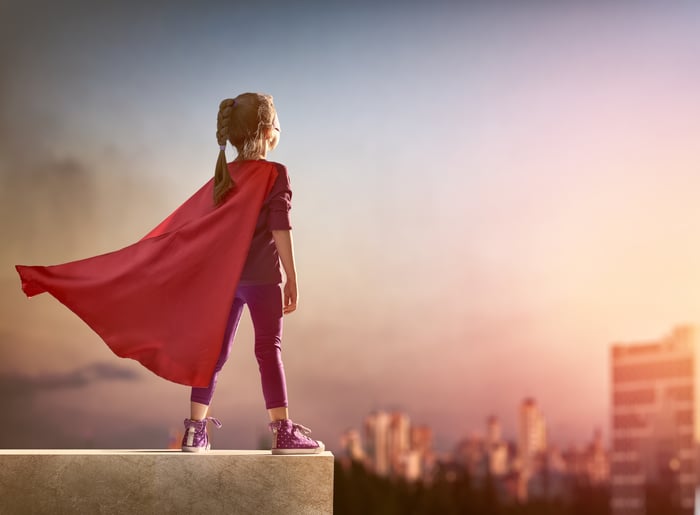 Biotech investors are prone to frenzies. The potential to hit ridiculously far home runs with biopharma stocks provides all the kindling necessary for hold-onto-your-hats volatility. In the past, investors stampeded toward gene therapy and DNA vaccines. The current craze focuses on the field of immunotherapy, which tunes the body's immune system to fight cancers and autoimmune diseases. Early results promise to radically alter cancer treatments, perhaps even providing cures in specific instances.

Investors are making the biggest bets on CAR-T immunotherapies that remove a patient's immune cells, engineer them with cancer-fighting weapons, and reinject them into the patient to do the dirty work against cancer cells. By now the leading companies in CAR-T -- Juno Therapeutics (NASDAQ:JUNO), Kite Pharma, and bluebird bio -- are well-known among biotech investors. Together they have the best data and the biggest partnerships, and they'll be the first to file for approval.

They're the obvious investments for obvious reasons -- namely, that they're running the clinical trials and will own the potential blockbuster drugs. But there are a lot of moving parts required to successfully bring a CAR-T therapeutic to market. While clinical trials will determine safety and efficacy, there's an arms race occurring behind the scenes for developing the most efficient immune cell engineering and manufacturing methods. That makes CRISPR stocks such as Editas Medicine (NASDAQ:EDIT), along with life sciences conglomerate Thermo Fisher Scientific (NYSE:TMO), the unsung heroes of CAR-T.

There's still a good deal of uncertainty about which method will be best for producing genetically engineered T cells -- a central part to the safety and efficacy of the therapy. Companies need to consider factors including cost, time, and the specificity of the genetic edits. Reinjecting T cells with small errors could have big consequences for toxicity and effectiveness, which makes precision engineering essential. 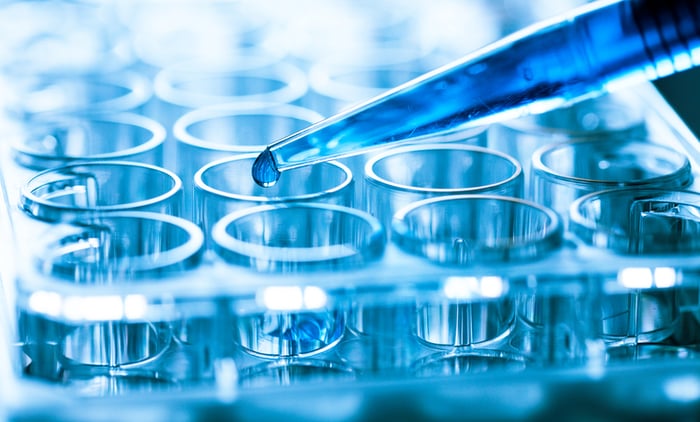 Thus, the stakes and rewards are incredibly high, which explains the unusual amount of competition. Juno Therapeutics lists 13 different collaborations (comprising 22 companies and institutions) developing T cell engineering methods in its SEC filings. And it even forgot a few.

Juno Therapeutics has invested heavily in bolstering its capabilities to produce genetically engineered T cells. One of the more promising partnerships is with Editas Medicine, which is exploring ways to leverage the next-generation gene-editing technique known as CRISPR to engineer T cells. CRISPR boasts several potential advantages over older techniques including ease of use, reduced time and costs, easier regulatory pathways (viruses aren't used), and improved accuracy. It may not be the method used for the first approved therapies, but it could allow CAR-T therapies to get better over time.

Of course, Juno Therapeutics isn't the only company sizing up CRISPR for engineering enhanced CAR-T therapies. The two other major CRISPR players, Intellia Therapeutics (partnered with Novartis) and CRISPR Therapeutics (unpartnered), are also researching ways to deploy their platforms for high precision edits aimed at immunotherapy. It's too early to decipher which approach represents the signal in a sea of noise, but CRISPR is as good a bet as investors can make.

As if precision engineering weren't complex enough, researchers need to propagate T cells after genetically engineering them and before injecting them back into a patient. It may seem trivial, but the methods used can affect how long the immune cells remain active inside the body, how well they perform inside the body, their shelf life, and whether or not they contain the genetic edits made in the previous step.

Thermo Fisher Scientific has been quietly positioning one of its fastest-growing product portfolios for growing high-quality T cells, a process also called expansion. The company's Dynabead platform, acquired along with Life Technologies years ago, comprises microscopic magnetic beads. Their surfaces are coated with antibodies that isolate, activate, and expand T cells up to 1,000-fold. Afterward, Dynabeads can be removed, well, with a magnet, resulting in a ridiculously simple process that reduces the risk of contamination, slashes costs, and is highly reproducible -- an important but overlooked factor for clinical settings that provides a crucial edge.

Dynabeads are powering the T cell manufacturing efforts of immunotherapy players including Adaptimmune and Novartis, which have exclusive licenses to the manufacturing technology. However, there are similar technologies owned by lesser-known companies that could be applied to CAR-T manufacturing.

The first-to-market advantage of CAR-T therapeutics may not be as remarkable as investors think. Why? While some of the first treatments to gain approval may demonstrate incredible advances in safety and efficacy compared to current treatments, they're unlikely to embody the best that's possible with even current-generation immunotherapy. That's because companies themselves are still trying to figure out where the ceiling stops. Researchers will gradually uncover better methods for engineering and manufacturing T cells -- reducing cost, improving accuracy, and potentially reducing toxicity.

These differences will become more transparent as the field progresses toward commercialization, which promises to add drama to the field for the foreseeable future. It also hints that CRISPR stocks such as Editas Medicine and Thermo Fisher Scientific, the unsung heroes of CAR-T today, will become much more appreciated by investors tomorrow.