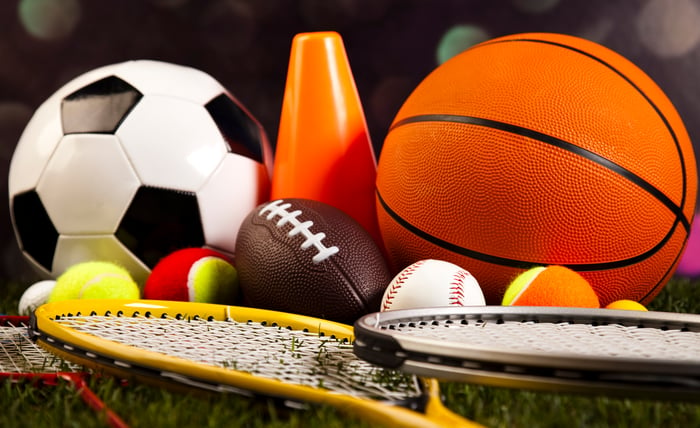 Shares of Big 5 Sporting Goods Corp. (NASDAQ:BGFV) were getting a standing ovation in October, climbing 14% according to data from S&P Global Market Intelligence. The retail chain got help from an analyst upgrade on Oct. 6 as the chart below shows. 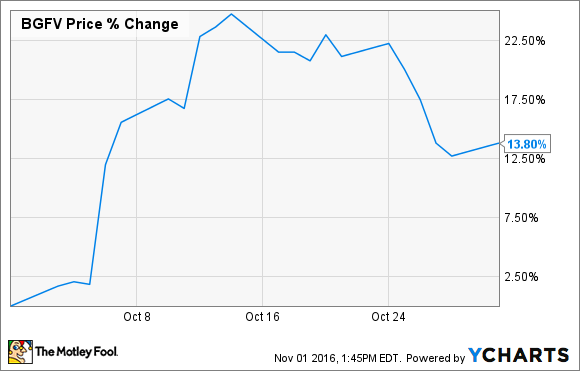 Deutsche Bank analyst Mike Baker lifted his rating on the stock from hold to buy and upped his price target aggressively to $16.50 from $10, noting improving merchandise margins and other favorable trends following competitor liquidations.

Indeed, 2016 has been a rough year for the sporting goods industry as Sports Authority declared bankruptcy along with Sport Chalet, Performance Sports, and Golfsmith. Suppliers like Nike and Under Armour have also seen sales growth slow. However, those bankruptcies have been a boon for retailers like Big 5 and Dick's Sporting Goods (NYSE:DKS) as both stocks have soared this year as investors anticipate a windfall for them.

While there is clearly a near-term boost in thinning competition, the long-term story looks bleaker for companies like Dick's and Big 5. E-commerce continues to outgrow physical retail by a wide margin, and key suppliers like Nike and Under Armour are increasingly focused on developing their own direct-to-consumer businesses, which include e-commerce and their own brand stores.

With a few rivals now out of the way, the holiday season may be kind to Big 5, but I'd expect 2017 to be tougher as sporting goods becomes the latest retail sector to fall victim to e-commerce.