Silicon Valley is a peculiar place. In an area where innovation is the most valuable currency, incredible things have been created that have utterly and irrevocably changed the world. There is no questioning the technological progress that occurs in Silicon Valley, and this is not lost on its residents. However, a dark byproduct of this culture is that the market gets ahead of itself. Private valuations of many start-ups have become inflated over the past few years, and much digital ink has been spilled about this "unicorn bubble," as it were.

What we saw between 2013 and 2014 was a precipitous rise in the number of private start-ups that had achieved unicorn status, fetching a private valuation of $1 billion or more. What we've seen between 2015 and 2016 is a notable return to Earth of some of these valuations. There have now been 93 downrounds since 2015, according to CBInsights. It would be one thing if this was an issue contained within Silicon Valley, but it's not.

More and more, public investors are finding themselves holding the bag.

Immediate turnarounds are too common these days

Consider this: How often have you read a storyline about some once-hyped company that just went public that is now in dire need of a turnaround? While anecdotal, it might alarm you when you think about the increased frequency of this happening. The potential problem is that public investors are geographically dispersed, which is why the unicorn bubble may represent a broader problem beyond the San Francisco Bay Area. This is your retirement we're talking about.

Investing in public companies should be promising. Structurally, public investors need to be able to make returns on the value that is created post-IPO. Otherwise, our system would be in bad shape if private investors and venture capitalists (VCs) are able to capture the majority of value creation, and public investors are little more than an exit strategy. Seeing as how I'm not a VC, nor do I play one on TV, that idea really sucks the fun out of investing.

It can't be a coincidence that so many recent tech IPOs have turned out to be horrible public investments and are already in turnaround mode, just a year or two after going public. Consider two high-profile examples: Twitter (NYSE:TWTR) and GoPro (NASDAQ:GPRO).

Perhaps the oldest and most high-profile example, Twitter went public way back in 2013, when the unicorn bubble was still in early formation. Almost immediately, it became clear that Twitter had a big problem with user growth, in part because the core product is unintuitive and hard to use. Shares initially jumped, but just over two years after going public, Twitter brought back former CEO Jack Dorsey to lead a hopeful turnaround. 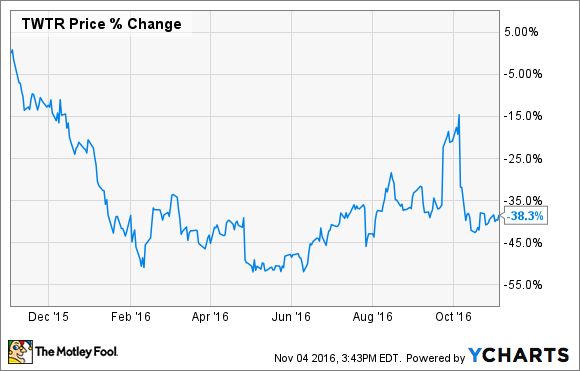 For the most part, Dorsey's efforts have been unsuccessful. Twitter's monthly active user (MAU) base may have grown since the IPO, when it had 230 million MAUs, but it has clearly hit a plateau.

After failing to find a buyer, Twitter is now forced to go it alone. But it still won't ditch the arbitrary 140-character limit that could potentially broaden the platform's appeal.

Wearable action cameras were never meant for the mainstream

Considering GoPro's recent post-earnings plunge, the company's story is also relevant in this discussion. Much of the hype around GoPro was predicated on one of two notions: that mainstream consumers would adopt wearable action cameras, and/or the company could create a viable content ecosystem that it could monetize that would simultaneously reinforce hardware sales. Neither has played out -- not even close. 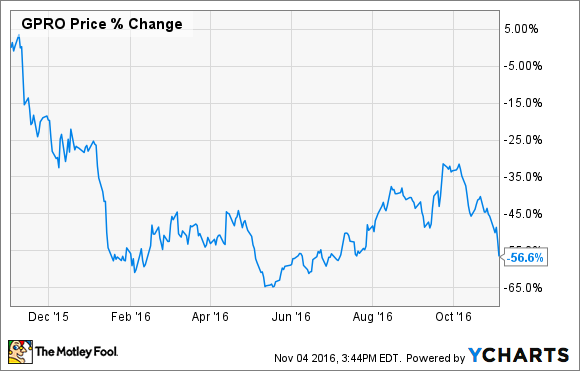 GoPro has made many mistakes in executing, too, overplaying its pricing hand with the Hero 4 Session, among others. Last quarter, sales fell 40%, gross margin contracted by over 6 percentage points on both a GAAP and non-GAAP basis, and the company swung to an $84 million net loss.

I also utterly loathe the share repurchase program that was announced last year, since it served as strong evidence that the IPO was a way to enrich insiders while also giving them liquidity to further cash out. GoPro is buying back roughly the same amount of money that it raised by going public and subsequently conducting a secondary offering, which makes you wonder why it even went public in the first place, since it very obviously didn't actually need the money.

Investors are hoping the new Karma drone will launch a turnaround, but the fact that GoPro needs a turnaround already is precisely the problem.

Startup employees can pay, too

Both Twitter and GoPro are trading near all-time lows, so by definition the majority of public investors who bought in are now sitting on paper losses. But public investors aren't the only ones getting hosed here.

In some cases, employees can be harmed as well, like when mobile security start-up Good Technologies was acquired by BlackBerry last year at a fraction of prior valuations. Good Technologies had reached unicorn status with a $1.1 billion valuation, and the start-up was very generous with equity compensation based on that valuation. Many employees had massive tax bills associated with their grants of common shares. So when Good Technologies was sold for $425 million, they got utterly hosed while top executives made off like bandits with their preferred shares. (Read the full story at The New York Times and see what I'm talking about.)

We should all be grateful that The Wall Street Journal did such an incredible job uncovering the scam that was Theranos, which has now become the poster boy for the culture of excessive hype that Silicon Valley is embedded in. Many public investors were excited to get in on what was promised to be a revolutionary company that could disrupt the huge blood-testing and diagnostics market, but it was all a sham. The $9 billion valuation that Theranos earned in 2014 immediately evaporated after the truth came out.

Just imagine how bad it would have been if the revelations had come out after Theranos went public, which was a distinct possibility a couple years ago. In a recent Vanity Fair exclusive detailing Theranos' fall from grace, longtime tech journalist Nick Bilton wrote this perfect summary:

It generally works like this: the venture capitalists (who are mostly white men) don't really know what they're doing with any certainty -- it's impossible, after all, to truly predict the next big thing -- so they bet a little bit on every company that they can with the hope that one of them hits it big. The entrepreneurs (also mostly white men) often work on a lot of meaningless stuff, like using code to deliver frozen yogurt more expeditiously or apps that let you say "Yo!" (and only "Yo!") to your friends. The entrepreneurs generally glorify their efforts by saying that their innovation could change the world, which tends to appease the venture capitalists, because they can also pretend they're not there only to make money. And this also helps seduce the tech press (also largely comprised of white men), which is often ready to play a game of access in exchange for a few more page views of their story about the company that is trying to change the world by getting frozen yogurt to customers more expeditiously. The financial rewards speak for themselves. Silicon Valley, which is 50 square miles, has created more wealth than any place in human history. In the end, it isn't in anyone's interest to call [baloney].

It's our problem now

Think about how the system works. Small start-ups require private funding in order to grow, but it's important to realize that private valuations are negotiations between a small group of (very smart) people. Eventually, when those early investors seek liquidity, the end game is to go public, and IPO valuations will often be comparable to or at the very least use similar methodologies to private valuations, give or take. But as soon as a company goes public, then it's up to the market, and its millions of participants, to vote with their wallets on valuation.

If the private valuation was too high, the public investors end up paying the price. This isn't just Silicon Valley's problem anymore, and there is no easy solution since it's systemic. As individual public investors, the best we can do is to recognize hype when we see it, which is far easier said than done.