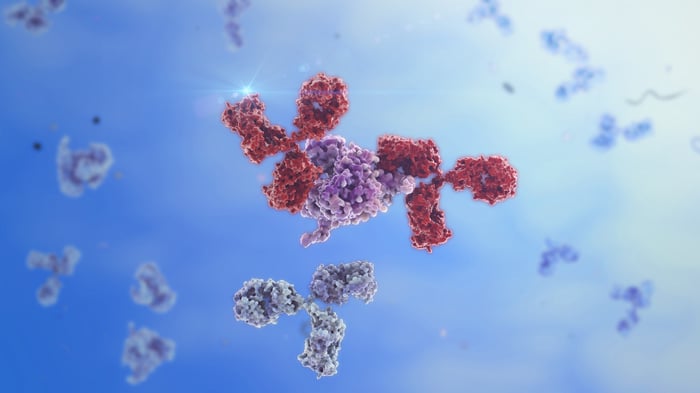 There hasn't been much good news for Celldex Therapeutics (NASDAQ:CLDX) in 2016. Failure of Rintega in a late-stage study resulted in a loss of roughly 80% of the biotech's market cap. Celldex announced its third-quarter results after the market closed on Monday. Were there any hints of better days to come?

Celldex is a clinical-stage biotech, and its financials aren't anything to get excited about. The improvement in revenue stemmed primarily from the company's partnership with Bristol-Myers Squibb (NYSE:BMY) and a development agreement with Rockefeller University.

This revenue uptick combined with lower operating expenses resulted in Celldex's bottom line looking a little better than the prior-year period. While research and development costs increased slightly, Celldex kept general and administrative costs lower than they were in the third quarter of 2015.

The more important news for Celldex in the third quarter stemmed from its pipeline. Enrollment continued in a phase 2b study of glembatumumab vedotin (glemba) in treating patients with metastatic triple-negative breast cancers. The biotech hopes to file for approval based on the results of this study.

Another phase 2 study is underway with varlilumab and Bristol-Myers Squibb's Opdivo, targeting treatment of several types of cancer. The two companies are sharing development costs for this study. Celldex is also evaluating varlilumab in combination with glemba in a phase 2 study for treatment of metastatic melanoma.

Investigator-sponsored trials are in progress for a couple of other pipeline candidates. The National Cancer Institute is sponsoring a phase 2 study of of CDX-1401 and CDX-301. Roswell Park Cancer Center is conducting an early stage study of CDX-1401 in combination with Hiltonol and epacadostat targeting treatment of patients in remission with ovarian, fallopian tube, or primary peritoneal cancer.

From a financial standpoint, the biggest update from Celldex related to its cash position. The biotech reported cash, cash equivalents, and marketable securities totaling $203.2 million at the end of the third quarter. Celldex used $24 million in cash during the quarter.

Celldex continues to demonstrate our commitment to combining therapeutic approaches to drive innovation in immuno-oncology for patients and their families. In the third quarter, we presented important data from our Phase 2 study of glembatumumab vedotin in checkpoint-refractory metastatic melanoma at ESMO, meeting the primary overall response endpoint and demonstrating clinically meaningful duration of response in this difficult-to-treat setting. Building on these promising signals, we are now enrolling a combination arm with our CD27 agonist, varlilumab, and are in the process of finalizing an additional arm to explore a glembatumumab vedotin and checkpoint inhibitor combination.

Celldex recently announced plans to buy privately held Kolltan Pharmaceuticals. This acquisition would bolster Celldex's pipeline with antibody-based drugs targeting receptor tyrosine kinases (RTKs). The plan is that the deal will be a stock-for-stock transaction with an upfront equity value of around $62.5 million.

The Kolltan acquisition adds a new twist for investors to watch. However, the main catalysts for Celldex should continue to be clinical results for glemba and varlilumab. How the biotech's stock performs will depend primarily on its pipeline progress.

Another thing to watch for is potential dilution. While Celldex appears to have plenty of cash, the company has hinted that another public stock offering could be in the cards. Should Celldex opt to pay future milestone payments to Kolltan in cash, the likelihood for a secondary offering would increase.