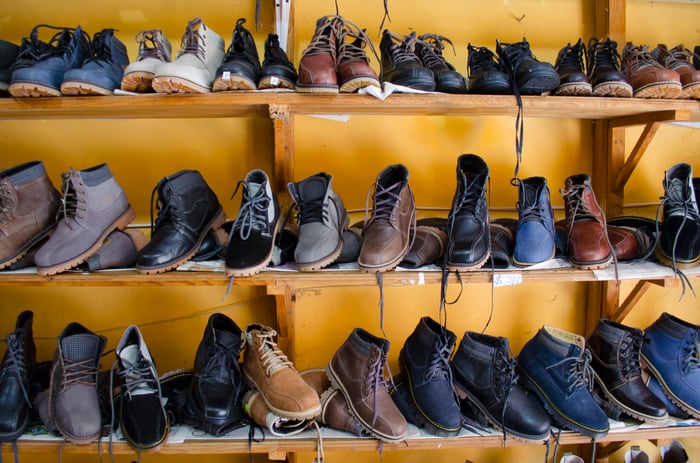 Shares of Deckers Outdoor Corp (NYSE:DECK) fell 12.4% in October, according to data provided by S&P Global Market Intelligence, after the company was hit by an analyst downgrade and reported earnings.

The first item that hurt the stock was a downgrade by Susquehanna to a negative rating as they speculated on a highly promotional holiday season. $20 rewards certificates the company is offering could lead to lower sales dollars and lower margins for the company this year.

Late in the month, Deckers reported fiscal second quarter revenue of $485.9 million and earnings of $1.21 per share. Earnings topped estimates by two cents, but revenue fell below the $498.6 million analysts were expecting.

The downgrade that hit Deckers Outdoor may impact the stock short-term, but the fundamental performance of the business is more important long-term. And on that front there are some mixed signals.

Management is expecting fiscal 2017 sales to fall 1.5% to 3% and earnings to be $4.05 to $4.25 per share. The decline in sales is concerning, but the earnings projection gives the stock a decent value at 12 times the top end of estimates. Investors should watch how the holiday season plays out because it's more important to see earnings move steadily higher than speculate on promotional levels and how they'll impact a quarter or two of sales this year.