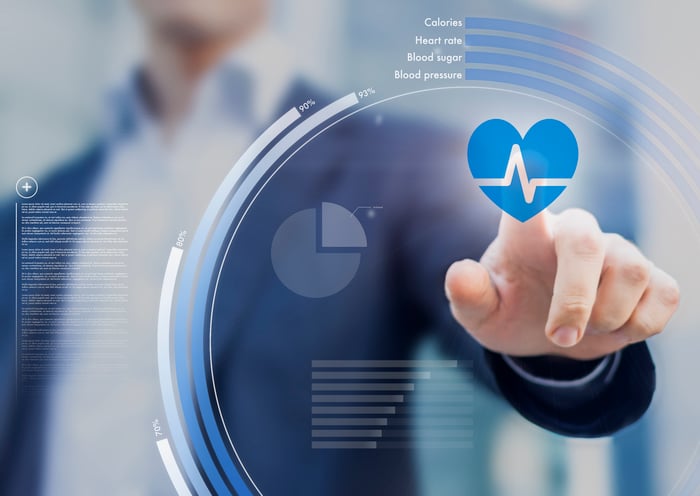 Shares of the Irish biopharma Amarin Corporation plc (NASDAQ:AMRN) dropped by more than 9% in October, according to data from S&P Global Market Intelligence. 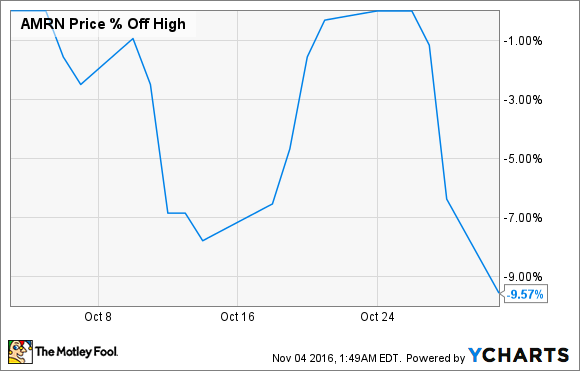 With little happening on the news front, Amarin's shares appear to have fallen victim to the widespread sell-off that crushed many healthcare stocks last month. This marketwide exodus was most likely sparked by the uncertainty drummed up by the ongoing U.S. presidential election, along with some lawmakers, such as Bernie Sanders, speaking out against drug pricing trends.

Amarin's sinking stock price stands in stark contrast to the company's roaring growth engine. Sales of the company's highly refined fish oil pill Vascepa, after all, rose by a staggering 52% to $32.4 million in the third quarter. Under more typical conditions, the market would probably be willing to pay a healthy premium for that kind of growth -- but this moody market clearly isn't willing to give Amarin the benefit of the doubt when it comes to the sustainability of its current growth trajectory.

To be honest, there are some good reasons why the market may not feel compelled to dole out a rich premium to Amarin right now. After all, the drugmaker still needs to show that Vascepa improves cardiovascular outcomes through its ongoing study known as REDUCE-IT. The company also appears set to slide off of its current cash runway by the end of 2017 -- that is, unless Vascepa's sales surge even higher in the interim.

Looking ahead, Amarin expects the all-important REDUCE-IT trial to conclude in late 2017. If successful, Vascepa's market share should explode higher, as it would be among the first lipid-lowering treatments to ever convey a cardiovascular benefit. The unfortunate reality, though, is that if Vascepa misses the mark in this trial, it will almost certainly lead to a steep drop off in sales.

Will Vascepa break through in REDUCE-IT? That's the critical question, and the market seems to be of the mind that the answer is no. Personally, I have no idea, as the published data on omega3 therapies like Vascepa paint a mixed picture.

That's why I wouldn't back the truck up, so to speak, with this speculative biopharma. But brave investors looking for unusual growth opportunities may indeed want to take a good long look at this name right now.