Though Verizon Communications' (NYSE:VZ) name dates to only 2000, the company's roots go back almost two decades earlier. Recognized among investors for its dividend payments, the Verizon Communications of today is a conglomeration of three telecom companies that engaged in a total of eight stock splits before they merged and rebranded:

There hasn't yet been a stock split under the Verizon name.

Verizon's stock-split history is interesting in part because how to define when Verizon "began" is a matter of interpretation. Getting a better understanding requires diving into the company's history.

Though one could argue that Verizon's roots technically date back to the founding of the original AT&T (NYSE:T) in the late 1880s, Verizon's more modern corporate history dates to the 1984 breakup of AT&T's "Ma Bell" monopoly. The Department of Justice's landmark antitrust case broke the original AT&T into seven independent Regional Bell Operating Companies, or "Baby Bells," as they became popularly known.

What is Verizon today, then, started as Bell Atlantic, the Baby Bell that provided telephony services to New Jersey, Pennsylvania, Delaware, Maryland, West Virginia, and Virginia, and Washington, D.C. In 1997, Bell Atlantic expanded its position along the Eastern Seaboard when it acquired NYNEX, the Baby Bell operating in the New York and New England regions. Then in 2000, when Bell Atlantic acquired rival GTE, the companies rebranded their operations into the Verizon Communications we know today.

It's just as well that there haven't yet been any stock splits under the Verizon brand. Stock splits don't alter anything material for a company's shareholders. They're purely a matter of arithmetic, dividing the same earnings pool into a new number of shares. The amount of profits investors are entitled to doesn't change.

Instead, Verizon has correctly focused on dividend payments to reward its shareholders, a strategy that provides investors with cold, hard cash. The company has encountered a few hiccups along the way, but Verizon has largely paid a steady and growing dividend since the late '80s, making it a leading dividend stock in today's low-yield environment. 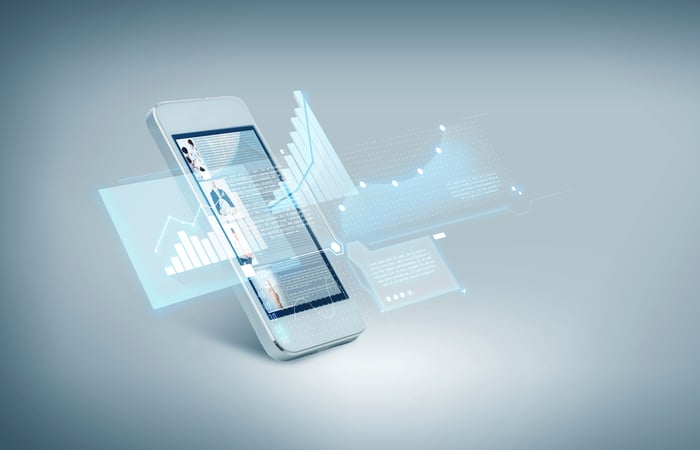 I've made my case at length that AT&T and Verizon remain the unequivocal best buys in the U.S. telecom market, but let's run through the high-level investment thesis for Verizon as well.

Put simply, Verizon and AT&T enjoy dominant market positions -- each is roughly twice the size of smaller rivals T-Mobile and Sprint -- in an environment where market share and economies of scale matter tremendously. Just look at the difference in cash flow generation that exists between the larger AT&T and Verizon and the smaller T-Mobile and Sprint.

This is, in my opinion, the most important chart in understanding the long-term investment outlook among U.S. telecom stocks. T-Mobile and Sprint have done remarkable jobs in getting their networks on par with AT&T and Verizon. However, even if T-Mobile and Sprint scale back their capex in the coming years, they'll still need to somehow aggressively court customers away from AT&T and Verizon, probably through some mix of increased advertising or discounting.

Meanwhile, AT&T and Verizon each enjoy the financial flexibility to continue to invest in advancing their networks, return capital to shareholders, and acquire new companies to help increase their average revenue per user.

We all know that David can and sometimes does beat Goliath. However, the incumbent does win the majority of the time. The rarity of underdog stories is what makes them so appealing. T-Mobile and Sprint deserve a lot of credit for the improvements they've both made in recent years, but considering the industry from a decade-plus perspective, AT&T and Verizon's massive scale still makes them the safer options among telecom stocks today, particularly for income investors.