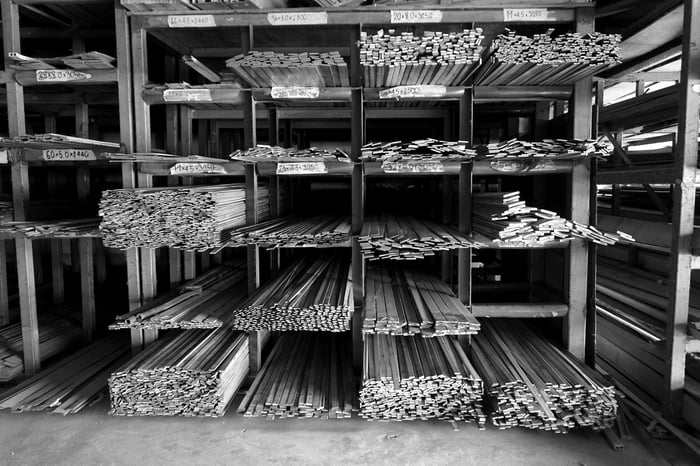 Shares of Century Aluminum (NASDAQ:CENX), a producer of standard-grade, high-purity and value-added primary aluminum products, are trading 12% higher at 3:00 p.m. EST Wednesday for a couple of reasons.

With a large amount of aluminum production coming from China, a more stringent eye on those companies potentially dodging tariffs would likely help boost aluminum prices, a benefit to all U.S. based aluminum producers.

It's fair to think that the aluminum market is bottoming out and that any positive news is enough to boost these beat down stocks. But it's important to keep this in mind: Trump isn't going to be in office until January and even then, little is known about what exactly his policies will be and how quickly they will be executed. So take these volatile moves after a surprise election victory with a grain of salt.