Donald Trump's victory could result in one of the country's biggest infrastructure spending programs, and the potential for infrastructure revenue growth has sent shares in Freeport-McMoran (NYSE:FCX), Cliffs Natural Resources (NYSE:CLF), and Manitowoc (NYSE:MTW) soaring higher. All three companies are uniquely tied to construction, and each is arguably a bargain-bin buy, so let's take a closer look to see if these companies are right for your portfolio.

Copper, gold, and oil and gas

Following what's proved to be a painful $20 billion M&A splash into the oil and gas market, Freeport-McMoRan is focusing on paying down its debt, and that may position it perfectly for profit growth, if Congress embraces Trump's infrastructure spending plan.

Freeport-McMoRan has reduced its net debt to $18 billion, and management thinks that asset sales, cash flow, and money raised from stock offerings could get that number down to $10.7 billion, or less, by the end of 2017. 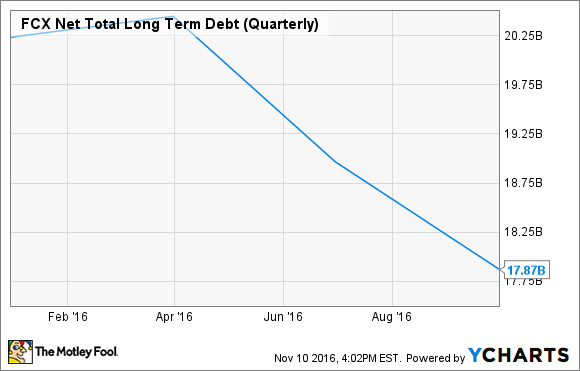 If Trump's spending on infrastructure causes commodity prices to rally, reducing debt, and thus, quarterly interest payments, could propel profit and share prices higher. Optimism of that happening has already led to industry watchers boosting their 2017 EPS forecast to $1.14 from $1.08 over the past 90 days, and Freeport-McMoRan's shares jumping 14% in the two days following Trump's election.

Admittedly, Freeport-McMoRan's efforts to right-size itself might fall short, but given that the company is already profitable, and it could benefit significantly from commodity price tailwinds, I think this stock has a better shot at going higher, not lower, now that Trump has won.

A commodity price bounce would also be good news for Cliffs Natural Resources' investors. Cliffs Natural is the country's biggest producer of iron ore pellets used in steel production, and Trump's campaign promise to support U.S. steel markets could mean that demand for Cliffs Natural's pellets is about to soar higher.

Similar to Freeport-McMoRan, Cliffs Natural's shares have struggled in the past couple years because of tepid economic growth, but the company's been shaving debt and cutting costs to improve its income statement, and that means it's in a better position to drop sales to its bottom line when demand rebounds. Management has reduced net debt by $500 million to $2 billion in the past year, and that's led to a 21% drop in net interest expense. 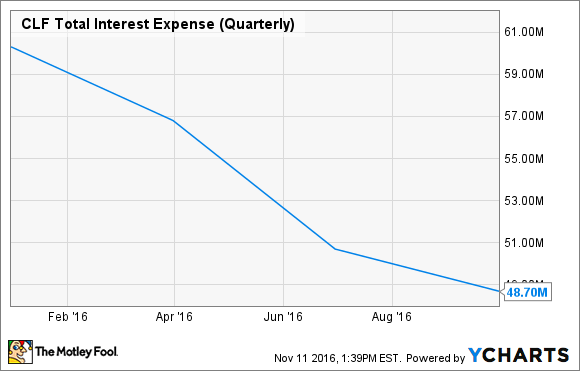 Industry analysts are projecting that Cliffs Natural can deliver earnings of $0.46 per share in 2017, and while that's lower than their $0.77 projections for 2016, analyst forecasts could improve rapidly if U.S. steel consumption increases. For long-term perspective, bear in mind that it was only five years ago that this company was generating annualized earnings per share of over $11.50.

Manitowoc's investors haven't had a lot to cheer about lately, but that may not be the case much longer if Trump can persuade Congress to play ball on his plans to build roads, bridges, and ports. The 114-year-old company's cranes are used to help construct energy, utility, industrial, and infrastructure projects, so the number of cranes in use could expand signficantly.

Because Manitowac's business model lands it square in the middle of Trump's plans, investors sent its shares soaring 27.6% higher over the past few days. Clearly, optimism that crane demand will increase is overcoming worry that the company's tumbling sales and profit last quarter will continue. Manitowac's net sales fell to $349.8 million in Q3, 2016 from $438.2 million in Q3, 2015, and its non-GAAP net loss worsened to $38.1 million, or $0.28 per share, from $29.8 million, or $0.22 per share, in the period.

Undeniably, Manitowac's management has some work to do to get this company back in the black, but there's evidence that it's taking steps in the right direction toward that goal. It announced in August a restructuring plan that it believes will generate at least $25 million in annual pre-tax savings, and earlier this month, CEO Barry Pennypacker said the company's on target to deliver double-digit operating margin by 2020.

If Pennypacker delivers on his goal, then improving margins and Trump tailwinds could mean this company is in a much better position in four years.

Budget-conscious members of Congress may try to block Trump's infrastructure plan, but Trump's ability to overcome opposition in the past suggests betting against him might not be wise. If Trump can strong-arm support among Republicans, and persuade infrastructure-friendly Democrats to vote for his plan, then I think Freeport-McMoRan, Cliffs Natural Resources, and Manitowoc could generate big gains for investors during his presidency.

10 stocks we like better than Manitowoc
When investing geniuses David and Tom Gardner have a stock tip, it can pay to listen. After all, the newsletter they have run for over a decade, Motley Fool Stock Advisor, has tripled the market.*

David and Tom just revealed what they believe are the 10 best stocks for investors to buy right now... and Manitowoc wasn't one of them! That's right -- they think these 10 stocks are even better buys.