Next year, Apple (NASDAQ:AAPL) is expected to release three iPhone models, according to Nikkei. Two of them will reportedly include 4.7-inch and 5.0-inch liquid crystal displays, while a third so-called "premium" option will use a curved OLED display. 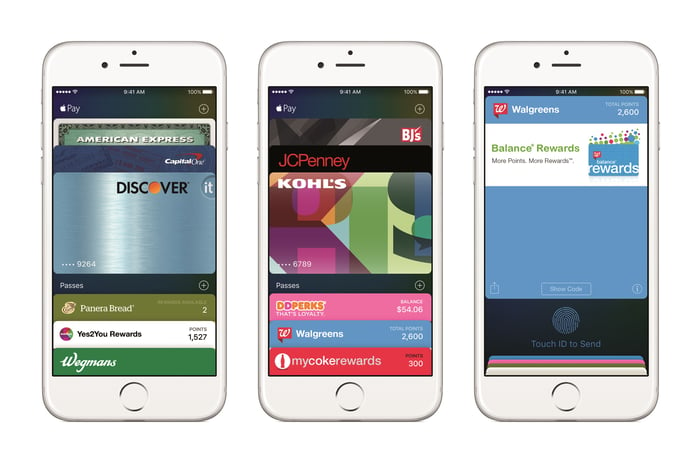 Interestingly, in The New York Times' review of this year's iPhone 7, the site said the next-generation iPhone will "have a full-screen face with the virtual button built directly into the screen," citing sources within Apple.

According to Japan Display, a full-active LCD uses a "new high-density wiring layout and new processing and module assembly technologies" to "reduce the bottom bezel [of a smartphone] to be as narrow as the other three sides."

"This newly designed LCD module structure will allow the size of a smartphone device to be nearly the same as the display size," a press release from Japan Display reads.

Japan Display also said it "aims to start mass production of this display by the end of March, 2017." This suggests that the technology should be ready in time to support next-generation iPhone launches.

Sounds like a perfect fit for the new iPhone models

The technology described here looks as though it should be able to enable Apple to build the "full-screen face" smartphone that The New York Times described. 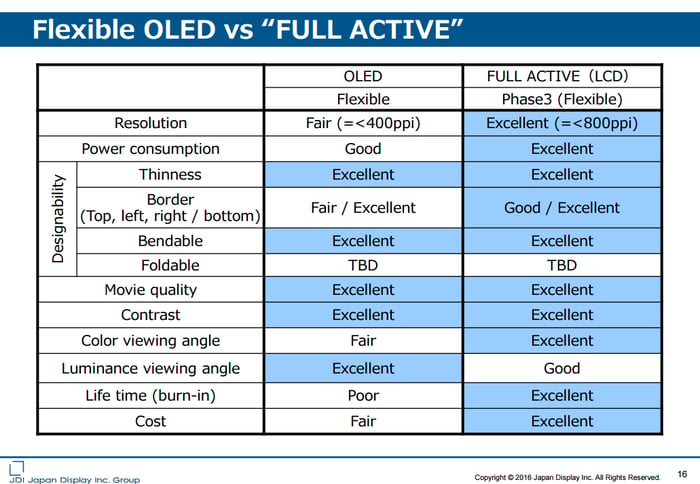 Note, though, that Japan Display's moneymaker is LCDs. It's still working to develop OLED tech for mobile devices.

In any event, Japan Display claims advantages in power efficiency, brightness viewing angles, lifetime, cost, and "designability." It'll be interesting to see how these seemingly bold claims hold up when production displays make their way into customers' hands.

The iPhone may continue to use LCDs for quite some time

Although next year's premium iPhone model is expected to get a curved OLED display, I wonder if Apple's game plan is to continue to use LCDs in lower-end iPhone models over the next several years, rather than switch everything to OLED for cost reasons.

Should Japan Display, and other LCD makers, continue to advance LCDs to make them competitive with OLEDs in the areas that matter, then the technology may have a fairly long-term future in smartphones and tablets.

Nevertheless, it's also important to understand that OLED technology won't stand still, either. OLED technology has made significant strides over the past several years, and it's very likely that it will increasingly be the display technology of choice for very high-end smartphones and other mobile devices.

Unsurprisingly, Japan Display says it will continue to pour money into the research and development of OLED technology, even as it builds better LCDs over time.