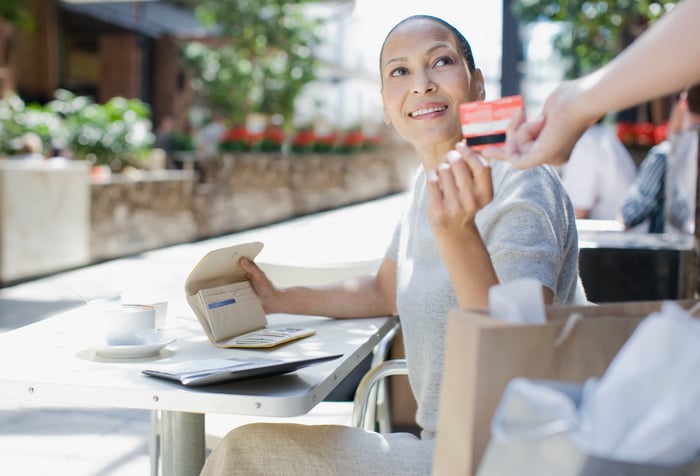 Comparing Dow Jones Industrial Average member Visa (NYSE:V) to recent IPO Square (NYSE:SQ) may absurd -- a David-versus-Goliath matchup if ever one existed. However, to get a sense of which financial stock represents the better buy today, let's place both Square and Visa under the microscope to gain a better understanding of their business models and valuations.

Here's a brief snapshot of Visa's and Square's businesses to begin the examination.

Visa and Square: A tale of two companies

The fundamental differences between Square and Visa jump right out, and many of them are the result of the different stages of their life cycles.

Square is small, growing like a weed, and investing heavily in hopes of eventually becoming profitable. And this approach, of course, makes sense. According to the company's research, Square's investor presentation claims the upstart payments company's total addressable market totals well into the hundreds of billions of dollars.. You probably best know Square's products by their white card readers found at small retailers seemingly everywhere. However, the company has also launched complimentary services, including analytics, payroll, marketing, lending, and more, in a bid to evolve into a one-stop shop for modern small businesses. Achieving this lofty goal will of course take years, if not decades. It also makes projecting Square's long-term margin profile an inexact science. However, as is so often the case with early stage growth stocks, Square deserves credit for aggressively expanding its offerings in recent years. 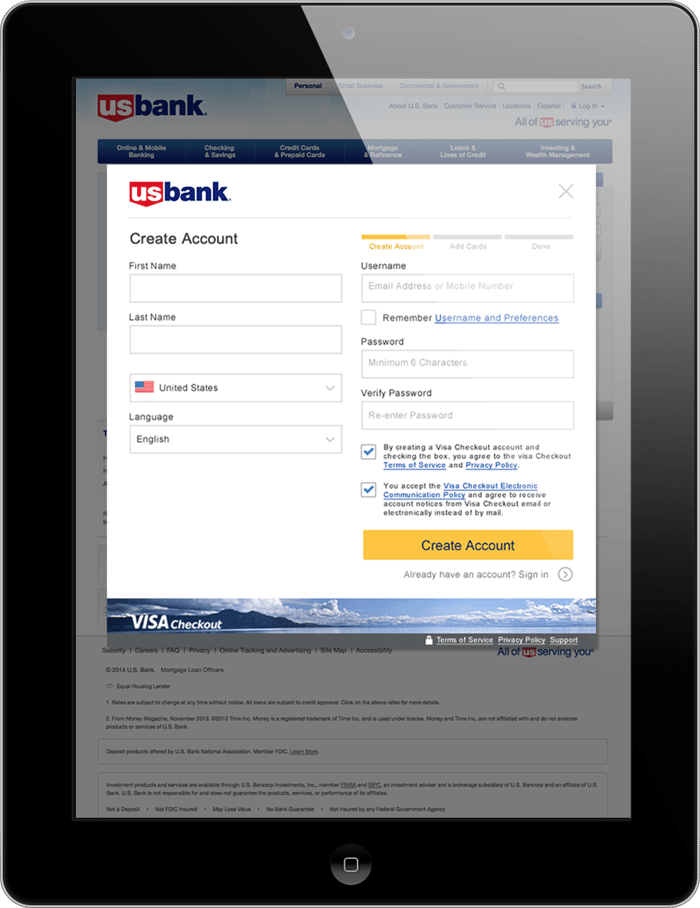 On the other end of the spectrum, Visa is a relatively mature company, though it too enjoys an intriguing long-term growth opportunity. This relates to Visa's growth opportunity as well, but card processor MasterCard reckons that as many as 85% of all global transactions are paid with cash today. As the global economy continues to modernize and wages rise in developing economies, credit card adoption should continue for years into the future, giving large incumbents such as Visa a generational tailwind through which they can continue to expand their businesses.

As the largest payments processor in the world,  Visa enjoys tremendous scale that gives it plenty of leverage when negotiating with its various business partners. This should bode well for its ability to continue to win business. What's more, Visa's expense base is largely fixed. The resultant operating leverage helps drive large profit growth for each dollar of new revenue Visa produces. As a testament to the power of its business model, few companies are able to consistently produce the same kind of margins as Visa.

Comparing the valuations for Square and Visa doesn't yield much in the way of insight. However, that doesn't mean we can't learn something useful in looking at each company's valuation.

Square's lack of any meaningful bottom-line statistic renders most common valuation tools useless. Rather, as I've argued in the past, evaluating an early stage company like Square should be done based on its ability to execute against its market opportunity. I offer Square's shrewd move into expanding its product offerings as a significant example of its being run by capable managers who understand how to capture as large a piece of the pie as possible. Square's move to bring larger businesses into its business ecosystem is another such example. That said, any investor buying Square today should do so with a long-term time horizon in mind, since high-growth companies like it often see volatility in its operating results.

As for Visa, it trades at a meaningful premium to the market, which is more than understandable given its outstanding economics. The stock is going for 32 times its trailing-12-month earnings, far higher than the S&P 500's P/E of 24. Put another way, Visa is a consummate "Buffett stock," a company whose incredible economics allow it to grow into and then beyond elevated trading multiples. Such companies rarely, if ever, come cheap. However, as we've seen time and again, these companies' ability to compound their earnings at above-average rates makes them home-run investments.

Thus, because of its potent mix of profitability and long-term growth, I see Visa as the better buy today.