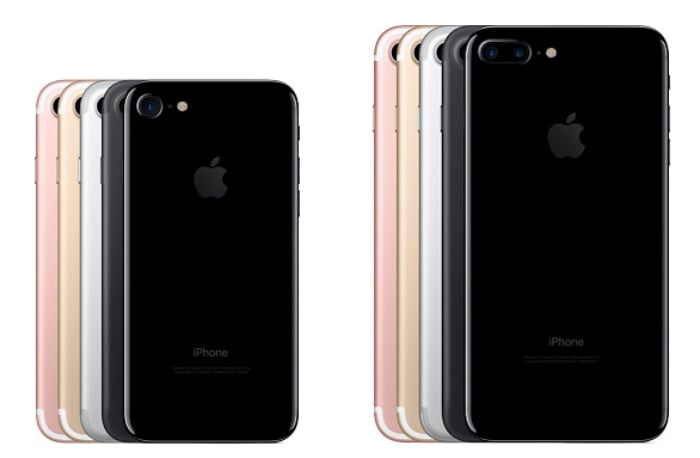 iPhone 7 and 7 Plus come in a variety of colors including a new black model. Image source: Apple.

Apple (NASDAQ:AAPL) has set a difficult bar for itself.

It can put up numbers that most companies would be thrilled to have and still be considered a failure based on past results. That's what's happening with the release sales for the new iPhone 7. Apple has managed to get a seemingly impressive number of customers to buy its latest phones, according to analysis from Consumer Intelligence Research Partners (CIRP), but the iPhone 7/7 Plus launch still lags behind the company's most-successful release.

Since the iPhone 7 and 7 Plus launched on Sept. 23, CIRP estimates that 73% of iPhone buyers in the United States purchased one of the two new models. That seems like a very high number, even for a year with a new model number (as opposed to the "s" years which involve a lesser upgrade), but for Apple it's only a middling result.

There is good news for Apple

Even though the amount of people choosing to buy the new models (rather than a still-available older one) has dropped from the 2014 highs, the company has managed to keep the same percentage of users (about one third) buying the bigger, more-expensive Plus model. That's up from around 25% who opted for the larger, pricier phone in 2014.

"Average selling price and gross margins suffered with the launch of the iPhone SE earlier this year, which continues to account for a meaningful percentage of sales. We expect the strength of the higher-priced Plus phones will boost average selling prices and margins," Lowitz said.

Switching from Android was a factor

Oddly enough the percentage of Android users switching to iPhone 7 was sort of the opposite of the overall sales pattern. The number of Android users who switched to the 7 and 7 plus came in at 17%. That's better than the 6 and 6 plus (12%), but worse than the 6s and 6s Plus (26%).

"The two more successful iPhone launches in the last three years were driven by existing loyal iPhone owners who upgrade to a new iPhone model, and rely less on Android owners who switch to an iPhone," said CIRP Partner Mike Levin. "When Apple launched the less compelling iPhone 6S and 6S Plus models in 2015, existing iPhone owners essentially sat out the upgrade cycle."

It's hard to be upset about any of this

73% of Apple customers upgrading to the newest, most expensive phones is still pretty impressive. Despite numerous internal upgrades, in reality it's hard to think Apple will hit its peaks with any model that does not have a noticeable physical change over earlier iPhones -- such as with the 6 and 6 Plus.

In this case, the 7 and 7 Plus have some minor physical differences from the various 6 models, as well as the expected improved processors, cameras, and more storage on the entry-level models, but they just aren't that different from their predecessors. Apple has trained people to upgrade every year, but they have also taught some value-seeking buyers that older models get cheaper when new ones come out.

These are good numbers which nearly any other company would be happy to be able to deliver. Apple may not have delivered an unquestioned grand slam, but it has served up something between a home run and a stand-up triple.