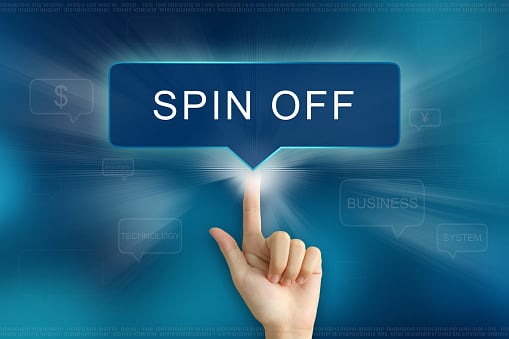 Pfizer's (NYSE:PFE) stock jumped last week based on a Reuters report that the company could be planning to unload its consumer health unit for $14 billion. The potential spin-off would be great news for shareholders, helping to refocus Pfizer on specialty drugs, which have higher profit margins.

Still, I'd take the rumor with a grain of salt, since Reuters cited anonymous sources and provided no word on whether Pfizer was considering a sale, an asset swap, or a tax-free spinoff -- such as it did with animal health unit Zoetis.

All that being said, here's why Pfizer may soon prove breaking up isn't really that hard to do.

While Pfizer officially abandoned the idea of any kind of corporate split several months ago, CEO Ian Read hinted the company was rethinking things in its third-quarter earnings release. Specifically, Read said the drug giant was assessing whether the over-the-counter (OTC) segment was worth more inside or outside the company.

To be fair, divesting a unit isn't the same as a restructuring, and besides, going back a few years, Pfizer already spun off its consumer health biz -- in 2006 to Johnson & Johnson. Three years later, Pfizer bulked the unit back up by acquiring Wyeth. And then, it slimmed down again by selling nutrition and animal health businesses to Nestle and Zoetis.

While that doesn't guarantee what Pfizer might do next, the $14 billion price tag certainly looks doable. The consumer unit pulls in $3.5 billion in sales annually, and Germany's Bayer paid $14.2 billion for Merck's consumer care business, which tallies $2 billion in annual sales.

In addition, multiple companies are trying to grow their OTC units, so if Pfizer divests, it should quickly find a buyer. Among publicly traded companies, Sanofi, which has a substantial OTC business, has been mentioned as a possible candidate. But privately held Reckitt Benckiser looks more likely, since it has already said it would be first in line if Pfizer was looking for a buyer for its OTC unit.

Cashing in OTC unit would unlock value for investors

While Pfizer arguably has transformed its R&D and pipeline, the stock is flat for the year. Last quarter, management reported Pfizer's sales grew 8% to $13 billion, but earnings fell 38% to $1.32 billion ($0.21 per share). Investors promptly dropped the stock an additional 2%.

Read focused on the company's recent acquisitions in the earnings call, specifically Medivation and Anacor Pharmaceuticals, saying they provided near-term opportunities. But over the past five years, Pfizer's revenue growth has been negative and the market clearly has become impatient and needs to see sustained top-line growth, starting now.

While Pfizer could provide that going forward, with the company's cancer drug Ibrance and Medivation's Xtandi likely to kick in lots of firepower and a very impressive pipeline with over 90 studies ongoing, achieving consistent top-line growth with no hiccups is going to be a tall order, particularly with patent expirations on Viagra in 2017 and Lyrica in 2019.

Meanwhile, Pfizer has been continually badgered to break up the company to unlock value, since the pharma trades at a forward PE multiple of around 12.5, one of the lowest valuations in its peer group. Similarly sized Merck trades at 15.4, while AstraZeneca trades at around 16. The market seems to value Pfizer less because its disparate businesses are assumed to weaken its focus, often referred to as the conglomerate discount.

Divesting a low-margin unit would allow a higher multiple to be applied to the remaining company, which many see as a good way to lift the stock price. Even better, the OTC unit could possibly be sold for more than $14 billion, since Merck put its consumer health unit for sale at $10 billion, only to see it go for $14 billion due to multiple companies bidding up the price.

But will it happen?

The aggressiveness with which Pfizer took on new deals this year spiked its debt/equity (D/E) ratio to where total debt is 70% of its total equity, up from 60% at the end of last year. That level of risk is a tad concerning, and meanwhile, the company's dividend has a frankly worrying payout of around 100%, compared to a median of 58% over the past 13 years.

Divesting its consumer unit should help the debt level, but of course only company insiders know what Pfizer is actually planning. Still, with the surprise loss of Hilary Clinton, which will reduce pricing headwinds, I'd expect multiple major pharmas, not just Pfizer, to consider cashing in on slower-growing segments to refocus on high-margin specialty drugs.

In sum, Pfizer's break-up is back on the table and could start with the OTC unit. I wouldn't hold my breath; it might not happen this year or next. But one thing is certain -- Pfizer is going to be badgered by impatient investors until it divests or splits, or until it starts delivering better earnings and revenue growth.