Even though they have gained nearly 10% in the last month alone, shares of Walt Disney Co. (NYSE:DIS) are still down 16% over the last year as concerns regarding cable subscriber pressure -- particularly regarding Disney-owned ESPN -- have kept investors worried. Following its recent fiscal 2016 earnings, Disney's long-term prospects look as impressive as ever. Here's why this could be one of the best stocks to own in 2017 and beyond.

Disney networks could turn the corner in 2017

Much of Disney's pain over the last year has been due to declining cable subscriber rates. Media networks make up nearly half of Disney's total revenue, so the risk of "cord-cutters" and those opting for leaner cable packages or streaming services alone instead is valid. In fact, for fiscal year 2016, ended Oct. 1, Disney's cable networks revenue grew only 2%, making it the worst-performing segment. Operating income was actually down about half a percent, a negligible drop, but the only segment to not grow earnings in the year.

Still, it's not Disney's content that is in trouble, it's just a matter of changing the way people get that content and how they pay for it. ESPN, the Disney Channel, ABC, and other Disney-owned networks continue to be some of the most popular in their respective categories. When it comes to better streaming platform penetration, 2017 could be the year Disney networks really turn the corner. Services like Sony's PlayStation VUE or DISH Network's Sling TV and others now offer ESPN on demand or as a live-stream for a flat monthly rate. Reportedly, AT&T's soon-to-launch DirecTV Now and other streaming services will also offer Disney-owned networks, including ESPN. 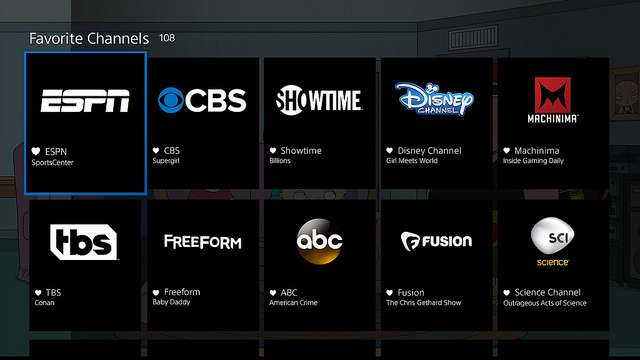 Additionally, Disney closed a $1 billion investment in a 33% stake in BAMTech this year, a video-streaming service that Disney management says will "accelerate growth of leading technology and direct-to-consumer video streaming." It's for these reasons analysts at Deutsche Bank and others have been increasing their price targets on Disney stock lately. Deutsche Bank analyst Bryan Kraft said in a note to investors that the company believes the introduction of new streaming pay-TV bundles from DirecTV, Hulu, and others will improve subscriber trajectory in 2017 and beyond.

Shanghai Disney is just getting started

Disney's theme parks have been an impressive segment for the company, growing segment operating income 9% in fiscal 2016 year over year. In the recent earnings call, CFO Christine McCarthy said Shanghai Disney Resort is likely to break even in 2017, which is a big deal since opening costs were high in fiscal 2016, and a breakeven could mean a large gain in segment operating income.

This has been a big year for Disney at the box office. Star Wars: The Force Awakens, Disney's first film in the franchise since its 2012 acquisition of Lucas Films, was released in Dec. 2015 (fiscal Q1); that and other hit films like Finding Dory and Captain America: Civil War have led to incredible growth over the last year. The segment responsible for movies, studio entertainment, increased sales 28% in fiscal 2016 over 2015. 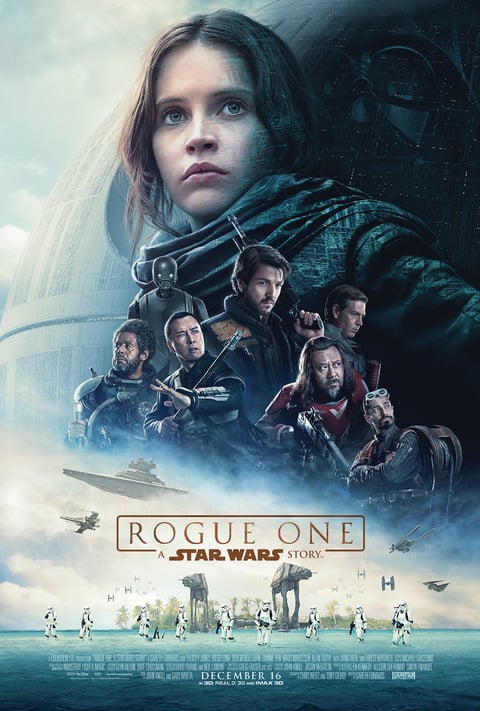 That strong growth in 2016 is going to be hard to compete with, but Disney looks poised to do so. Star Wars: Rogue One, the first-ever Star Wars movie that does not take place in the now seven-movie saga, comes to theaters Dec. 16, which should help Disney start the year with solid box-office sales. For the rest of the fiscal year, a sequel to the highly successful Guardians of the Galaxy, a third Cars movie, and a new sequel to Pirates of the Caribbean all look like they could help increase studio segment sales further.

Why this looks like a chance to buy in

Disney is likely to continue facing headwinds in 2017, including the continued threat of a pressured cable industry, theme-park competition from Comcast's Universal Studios, and tension caused by terrorism and global unrest that was blamed for some of the sales pressure at Disneyland Paris this year, and tough box office comps from such an impressive 2016. However, 2017 looks like it's still on track to be a great year for the company as some of the investments it has made recently begin to pay off.

This looks like a chance to buy Disney not just for growth in 2017, but in anticipation of even bigger growth in 2018. Fiscal 2016 earnings per share rose 17% from a year ago to $5.73. However, management said during the call that they actually only expect modest EPS gains in 2017, but come 2018, EPS is likely to start growing significantly faster thanks to some of these longer-term initiatives Disney has taken on and favorable timing with new releases. Because of that, today's price still looks attractive for long-term investors, even after the recent gain.

Why Walt Disney Co. Could Be a Top Stock Pick for 2017 @themotleyfool #stocks $DIS Next Article
Current