The following stocks all have one thing in common -- they were all once big players in their industry that have been the victims of market disruption. Because of what seems now like poor business prospects, these companies' stocks have been dragged to their current low points under $5.

Of course, a stock's selling price is not the same thing as its value, but these low-dollar stocks are each down from previous highs before Wall Street punished them in recent years. There could still be some value left in the following stocks for some unexpected growth as they seek to transition their businesses. Be careful -- these will certainly be riskier than others, but they're worth taking a deeper look at. 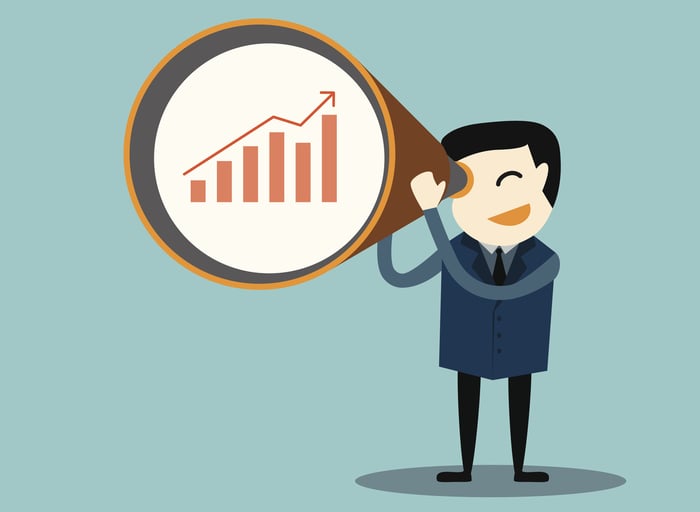 Sirius XM holdings (NASDAQ:SIRI) is one stock that had been left for dead by Wall Street, going from a high of $61 in 2000 down to near bankruptcy following the 2008 financial recession at just $0.12 per share. Since then, the stock has climbed consistently and is now at a 10-year high of around $4.60.

The bear case for Sirius is this: Who needs a radio provider, even one with hundreds of channels, in the age of the internet and mobile apps that allow users to find whatever music or station they want right on their phone, without need for another subscription? However, Sirius still has over 31 million subscribers, and its customer count was up 7% in the most recent quarter over the past year, which, along with price increases, helped revenue to grow 9% year over year and net income to grow 16%. The company raised its 2016 full-year guidance.

Sirius' churn rate, or customers who discontinue their service, is also low, at just 1.8%. Finally, though the recently started dividend is low at just $0.01 per share, that's still a dividend yield of almost 1%. The stock is still expensive, trading at around 38 times earnings, but Sirius is a subscription service that gets a recurring cash flow from its subscribers, and by free cash flow, the stock is trading at just 17 times earnings.

Another company that's been disrupted by the internet, particularly the rise of e-commerce, is Office Depot (NASDAQ:ODP). The stock got hammered in October, when regulators halted the planned merger with rival Staples (NASDAQ:SPLS), as investors feared there were few growth prospects ahead for the brick-and-mortar office supplier.

However, when the company reported Q3 earnings on Nov. 2, sales were better than expected, even though they were still down 7% for the year, and the stock regained most of its lost ground. Income soared in the quarter, from $0.01 per share in Q3 2015 to $0.08 per share. In the earnings release, the company also laid out a three-year strategic growth plan that includes selling off most of its international business to focus on North America. Perhaps even more interesting from a potential renewed growth perspective, Office Depot will get a new CEO by the end of Q1 2017, one who's likely to start taking the company's e-commerce possibilities more seriously.

Video and audio systems company Harmonic Inc. (NASDAQ:HLIT) works with some of the biggest names in broadcasting to help produce content. Harmonic stock grew more than twentyfold from 1998 to 2000, but following the bursting of the internet bubble, it fell back to its single-digit price. It has bounced around from $5 to $15 since, dealing with a constantly evolving industry, including the recent market changes to lower-cost streaming options such as over-the-top video streaming, podcasts, and the like.

Harmonic seems to be on the run now, with recent Q3 sales up more than 21% year over year. Losses in the quarter actually widened from $0.05 in Q3 2015 to $0.21, but analysts covering the company expect it to turn profitable again sometime next year. Another point that bodes well for Harmonic's future is that the company is now focused on more software services and deferred subscription revenue.

In the earnings release, CEO Patrick Harshman said that "our transformational VOS [video operating system] offering drove a stronger-than-forecasted mix of software- and services-related orders, impacting third-quarter revenue recognition while maintaining near-record backlog and deferred revenue. We are encouraged by the competitive momentum of our transformational initiatives and remain focused on revenue growth, improving profitability and enhancing shareholder value."

A stock's value is not indicated in its stock price, and a stock trading below $5 is not necessarily "cheap" if its underlying business prospects really are poor with little chance for a rebound. That said, sometimes there is real value to be found in stocks that have been beaten up by the market and left for dead. Sometimes, they may not be as bad off as Wall Street thinks.