The pharmaceutical industry is breathing a sigh of relief after Donald Trump's insurgent victory earlier this month, thanks to his arguably more favorable stances on prescription drug prices, corporate tax rates, and regulatory reform at the FDA as compared to his former Democratic opponent. Even so, pharma heavyweights like Pfizer (PFE -0.63%) may not want to cheer just yet. Trump, after all, wasn't exactly a champion of this multibillion-dollar industry during his campaign.

With this in mind, let's take a deeper look at how a Trump presidency could be both a blessing and a curse for the pharmaceutical industry over the next four years.

Big Pharma has been calling for corporate tax reform inside the U.S. to level the playing field with tax havens such as Ireland. But with Washington repeatedly turning a blind eye to this issue, several large companies, such as Allergan (formerly Actavis), have decided to take the bull by the horns by undergoing so-called "tax inversions."

Actavis, for instance, paid $5 billion to acquire Warner Chilcott plc. One major perk of the 2013 deal was that the combined company's headquarters could be moved to Ireland, thus slashing Actavis' tax rate from roughly 37% to 17%. Pfizer also tried to get in on this tax inversion bonanza by gobbling up Allergan earlier this year, but it was thwarted by the U.S. Treasury Department.

Trump's proposed tax plan aims to lower rates to a more attractive 15% for corporations. Perhaps even more importantly, Trump wants to cut tax rates on foreign profits to 10%, which can be paid over the course of a decade. 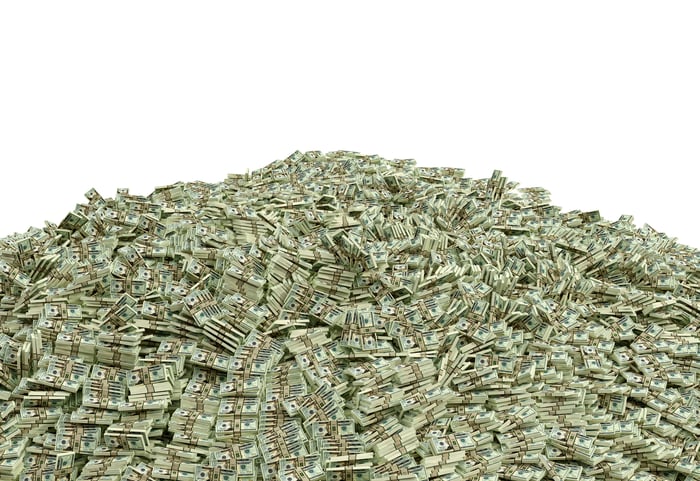 If this proposal comes to fruition, companies like Pfizer that have mountains of cash stored overseas could choose to repatriate these trapped funds to fuel additional acquisitions, special dividend payments, and/or an onslaught of share buybacks.

Next up, Trump's healthcare platform openly states that a major goal of his administration will be to "reform the Food and Drug Administration, to put greater focus on the need of patients for new and innovative medical products."

While this statement lacks specifics, it may indicate that a fundamental change in the regulatory landscape may be coming. In brief, the FDA has been heavily criticized for being too strict when it comes to reviewing new drugs, especially those targeting patient populations with limited treatment options. This current regulatory environment has been blamed, at least in part, for the sky-high cost of developing new drugs; more elaborate requirements from the FDA directly contribute to the sizable amount of clinical data necessary to gain regulatory approval inside the United States.

Far from being a passive actor on the drug pricing controversy, Trump's proposals to open up the U.S. market to drugs imported from countries with lower prices -- and have Medicare directly negotiate drug prices -- are not welcome ideas within the pharma universe. Adding insult to injury, he plans on withdrawing from the Trans-Pacific Partnership (TPP) right out of the gate -- a deal that could actually export U.S. drug pricing schemes to the rest of the world.

The bottom line is that lower profit margins and an inability to hike drug prices would seriously hurt companies like Pfizer that are continuing to struggle with the loss of exclusivity for multiple star drugs.

At the end of the day, there's no telling which of Trump's proposals will ultimately turn into policy. Corporate tax reform, after all, would require the cooperation of Congress, and the reality is that neither party has shown much interest in this issue over the years. The pharma industry's powerful lobbying presence in D.C. could also help to scuttle any legislation aimed at wholesale changes to drug prices.

All told, Trump's potential impact on this cornerstone industry of the American economy is far from clear at this point. After all, most of his proposals will need to be vetted by a Congress that many have argued is beholden to the pharma industry. In other words, Republicans aren't simply going to lie down for Trump on issues that drug companies openly despise -- perhaps setting the stage for more of the status quo.

George Budwell owns shares of Allergan and Pfizer. The Motley Fool has no position in any of the stocks mentioned. We Fools may not all hold the same opinions, but we all believe that considering a diverse range of insights makes us better investors. The Motley Fool has a disclosure policy.