The three-wheel Polaris Industries (NYSE:PII) Slingshot motorcycle has been a hit ever since it was first introduced, helping the powersports vehicle maker boost segment revenue by double-digit rates. While most of the gains were due to the popularity of its Indian Motorcycle brand, the trike has had its fair share of increasing sales, too. But now, two years after hitting the market, the Slingshot could be in trouble -- and might cause Polaris to stumble.

A trike that's not a bike

The Slingshot was different from other three-wheelers in that where the competition had riders sitting one behind the other, Polaris designed its trike to seat them side-by-side, making it feel more like an automobile than a motorcycle. 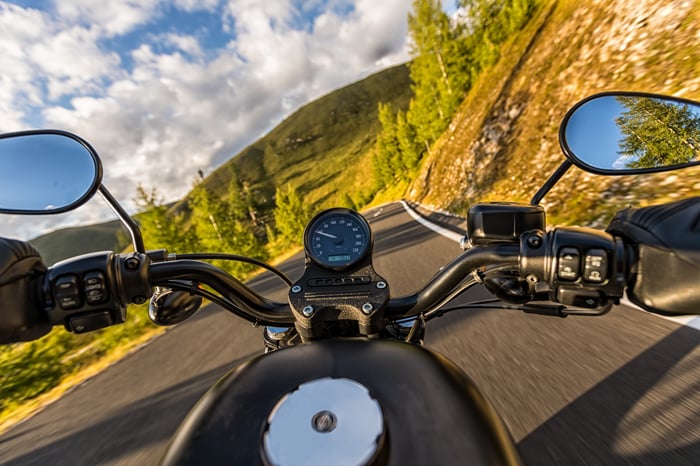 When you look at a Harley-Davidson Tri-Glide, for example, you know you are seeing a modified motorcycle. Even a Can-Am Spyder, which positions two wheels upfront like the Slingshot does, still gives you the sleek look of a bike. Not so with the Polaris three-wheeler, which looks every bit a car, but with Batmobile-like styling. The perception it's an automobile and not a motorcycle is further enhanced by it having a steering wheel instead of a handle bar.

Yet after roaring off the starting line, the Polaris Slingshot finds itself stuck in the breakdown lane.

Polaris Industries reported in April the three-wheeler's first-quarter retail was down by mid-teen percentages, though it laid the blame on the huge number of pre-deposits it had taken for the trike in the year-ago period. The third quarter, however, still found Slingshot down compared to last year, and though management again said it was due to tough year-over-year comparisons, it's clear demand is ebbing, and next year might hold some ugly numbers, too.

But there's a new problem facing the moto-roadster, one which has the potential to sink the brand if it doesn't correct it quickly.

Like Polaris Industries' RZR side-by-sides, the Slingshot is facing a series of recalls because of the risk of a defect that may cause drivers to crash. While there is also a fire hazard similar to the ones plaguing its ATVs, the presence of a different set of recall issues suggests the pervasive nature of these recurring problems across Polaris' product lines means they haven't been addressed by the powersports vehicle manufacturer. 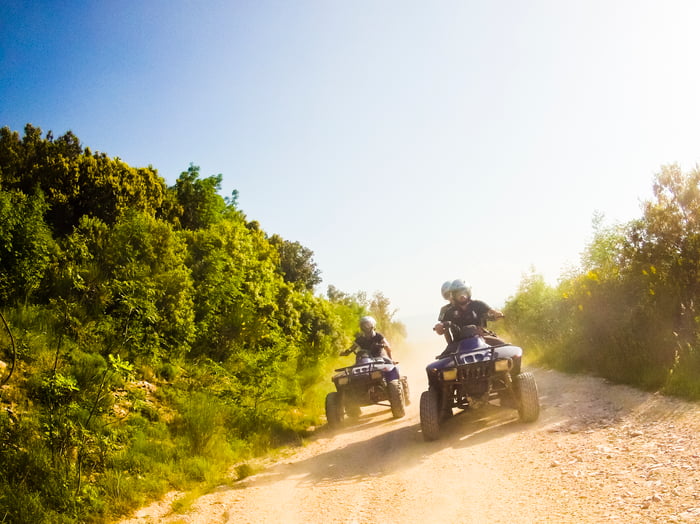 Tens of thousands of RZRs and related vehicles have been recalled over the past year because of the potential for the ATVs to catch fire -- hazards that have led to several injuries and at least one death. No one has been injured on a Polaris Slingshot yet, but the recall for a weak swing arm, which if it failed could cause a crash, means there are significant risks that need immediate attention.

The problem is, this isn't the first time the Slingshot has had to be recalled. Almost immediately after its introduction Polaris issued a stop sale/stop ride order, meaning dealers shouldn't sell the trikes and buyers shouldn't ride them because of a problem with bearings that could cause the steering rack to fail resulting in the loss of control.

While that problem didn't hurt Polaris like the stop sale/stop ride order it issued for its RZR this past summer, a recall that has dragged down earnings across the year, Slingshots also aren't as critical to its operations like the side-by-sides are. Yet it does the Slingshot brand no good to continue having manufacturing defects that require owners to keep bringing their vehicles in for repair. If it wants to grow the three-wheeler into something bigger, it needs to address the underlying problem and do so quickly.

These issues have caused Polaris Industries shares to lose 20% of their value from their 52-week highs, and though its stock has rallied in recent weeks, it's bound to see fourth-quarter earnings hit again. Investors should prepare for the stock to give up whatever gains it might have made.