AT&T (NYSE:T) shares started 2016 on a full head of steam. By early July, the telecom stock had gained a market-beating 26%. The stock has calmed down since then, currently nursing a 13% year-to-date gain.

Sprint (NYSE:S) matched AT&T's mid-year gains, and then skyrocketed even higher. That telecom stock has more than doubled in 2016, punching a ticket to gains of 111% so far.

Will Sprint's bandwagon keep on rolling? Or does slow and steady win every race?

In short, should you buy Sprint or AT&T today?

At the end of 2013, Sprint had 30.9 million postpaid subscribers and 16 million prepaid accounts. The company also served 7.7 million users as a supplier to service brands owned by other companies.

Since then, Sprint's prepaid figures have moved just 0.1% higher, stopping at 31 million subscribers. Prepaid users have headed 10% lower, landing at 14.4 million. The silver lining comes from the unbranded wholesale segment, where the subscriber count raced 69% higher to 13.5 million lines.

Meanwhile, Sprint shares plunged as much as 75% lower from those lofty highs. Even now, after a healthy comeback in 2016, Sprint stock is still 28% short of its value at the end of 2013. 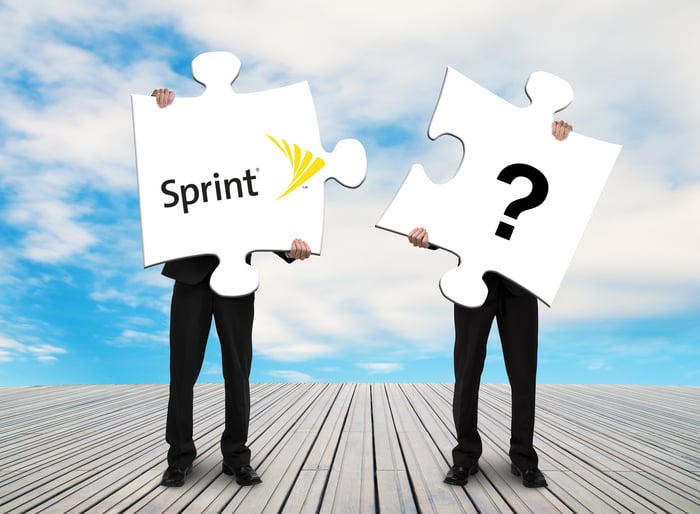 At best, this is a turnaround story in the making. Rumor has it that rivals are planning to buy Sprint, adding another profitable option to the tree of potential outcomes.

At worst, Sprint's branded services could stay stuck in the mud for years while competing networks continue to grow. Sprint's wholesale success is not able to make up for weakness in the more profitable prepaid and postpaid retail segments. In the recently reported second quarter of fiscal year 2016, 26% of Sprint's service connections fell under the wholesale umbrella, generating just 2.8% of the company's service revenue.

Note that I don't see a future where Sprint goes entirely out of business. Majority owner Softbank, led by eccentric billionaire Masayoshi Son, also serves as chairman of Sprint and has high hopes for his American telecom investment. Son is not likely to let Sprint fail entirely, at least as long as his own deep pockets can keep Sprint in business.

So Sprint is a potentially exciting turnaround-slash-buyout story with a safety net. You can invest here without burning your membership card in the low-risk investing club.

Things are very different on Ma Bell's side of the ring.

AT&T has not suffered a meltdown followed by a big bounce. As one of the two true giants in the American telecom industry, it takes a lot to move the needle for this massive company or its stock prices. This stock is far more predictable than the mercurial Sprint stub -- for better or worse. 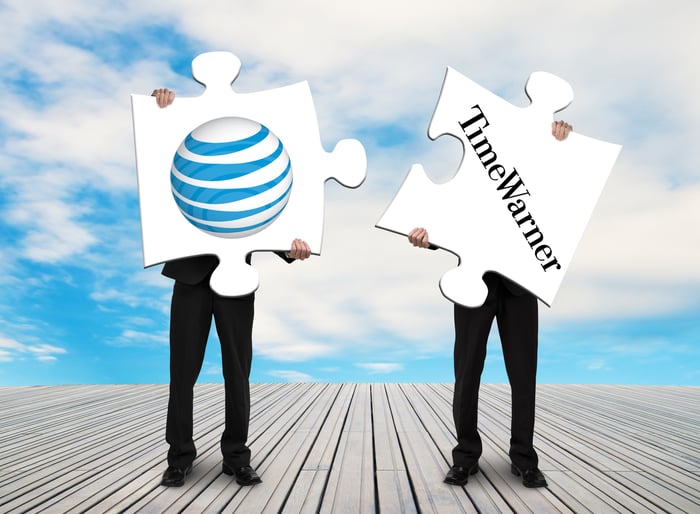 Don't get me wrong -- AT&T is doing what it can to keep things interesting. It spent $50 billion on the DIRECTV buyout last summer, making AT&T a major player in the media industry. Right now, the company is moving even further in that direction by launching an $85 billion takeover bid for Time Warner (NYSE:TWX). That's the Warner-branded media powerhouse, not the cable service by the same name.

Assuming that the Time Warner acquisition clears all the usual hurdles and is approved, AT&T is about to become a very different company. Investing in Ma Bell today means betting on its future as a media studio embedded in a rich broadcasting and communications infrastructure.

Under that business structure, I'm sure that AT&T will have many arguments with the Federal Communications Commission as the company works out exactly how it can maximize its media investments without running afoul of antitrust and fair competition regulations. President-elect Donald Trump's FCC advisors want to declaw the FCC in a big way, removing nearly all of the commission's regulatory powers. I can already hear AT&T's management and investors applauding that idea.

Then again, Trump also promised to block megamergers on the campaign trail, specifically pointing to AT&T's Time Warner ambitions more than once. The FCC makeover becomes much less interesting to AT&T shareholders if he follows through on that vow.

In the blue corner, then, we have AT&T sweating over Donald Trump's campaign promises and how their implementation might affect its ambitions in the media industry. With a game-changing deal on the table, Ma Bell would really prefer if the president-elect would forget about some of his stated goals.

In the yellow corner, Sprint is bouncing back from a deep, dark hole. The turnaround could continue, or the company might attract a buyer of its own, giving Sprint investors two comfortable roads ahead. But the stock easily swings both high and low, and Sprint's place among the big four nationwide wireless services is far from guaranteed even with Masayoshi Son by its side.

Both stocks are risky today, in very different ways. If you absolutely must buy a telecom stock right now, you'd probably be better off looking in other corners of this industry. And if you absolutely must choose one of the two tickers we discussed here, you'll end up weighing the Softbank safety net against Donald Trump's regulatory whims.

For me, Sprint wins that matchup. Your mileage may vary.