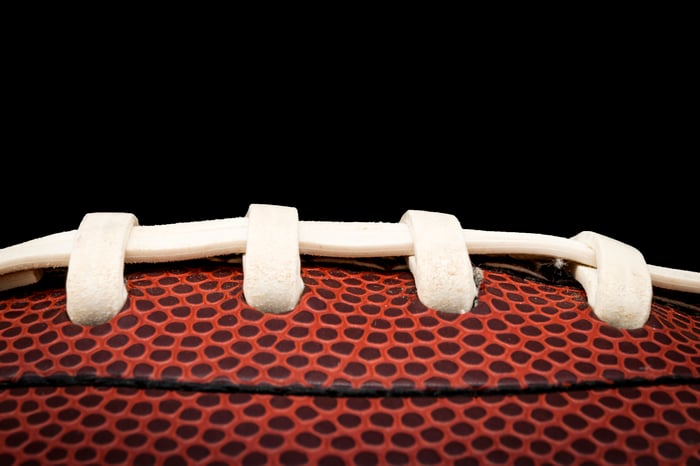 Twenty-First Century Fox's (NASDAQ:FOX) (NASDAQ:FOXA) Thanksgiving NFL broadcast featuring the Dallas Cowboys and the Washington Redskins was the company's best-rated regular season game on record, drawing an average of 35.1 million viewers. The game was the most-viewed of the season, eclipsing the Nov. 13 telecast featuring Dallas and the Pittsburgh Steelers -- which drew an average of 28.9 million viewers -- and also the best-rated NFL broadcast since 35.7 million people tuned in to watch the Cowboys face the Kansas City Chiefs on Thanksgiving in 1995. With streaming viewership added in, the Dallas-Washington game was likely the most-watched regular season NFL broadcast in over two decades.

The holiday was a big contributor to the game's stellar viewership numbers, but the performance is still a standout in a year that has seen large ratings declines for NFL broadcasts. While still down overall, Fox's games have held up better than those carried by Disney, Comcast, and CBS, and the record Thanksgiving viewership presents an interesting counterpoint to concerns about the declining draw of the NFL.

NFL games are typically the most-viewed content of the fall TV season, and also very expensive to license for Fox and its broadcast competitors, so an outstanding performance that bucks the broader trend of ratings declines has potentially significant implications. Explanations for sagging viewership have included player protests and interest in the 2016 election season coverage, but the disappointing results are probably down to a confluence of factors. Record viewership for the Dallas-Washington game supports the idea that quality of play is among them.

The game featured two large-market teams with a storied rivalry, and both teams are having good seasons and appear to be playoff-bound. The match-up itself was an exciting one, with few penalties and the Cowboy's eventual 31-26 victory over the Redskins coming down to the final minutes of play. While Thanksgiving games and Dallas broadcasts tend to be ratings draws, record viewership for strong content suggests that the NFL might be able to improve its product and boost ratings by making officiating and scheduling changes. One of the year's best games performing well is a positive indicator for Fox and other league partners because quality of product is an area NFL has at least some control over.