On Tuesday, Carrier -- the air conditioner manufacturer owned by industrial conglomerate United Technologies (NYSE:RTX) -- announced that it had struck a deal with President-elect Donald Trump and his team. Carrier had been planning to close two Indiana plants starting in 2017, which would have eliminated more than 2,000 domestic jobs.

The larger plant, employing 1,400, was scheduled to relocate to Mexico, which Carrier estimated would save it $65 million in annual costs. According to Carrier, the deal with Trump will allow it to keep "close to 1,000" of those jobs in Indiana. The deal was confirmed by Trump via Twitter.

The exact terms are as yet unknown. Trump and Vice President-elect Mike Pence -- who is also Indiana's governor -- are planning to make a formal announcement on Thursday. So it's unclear whether any of the company's operations will in fact move to Mexico. It's also unclear what the company has received in return for its cooperation, although multiple news sources indicate that state incentives are part of the package. 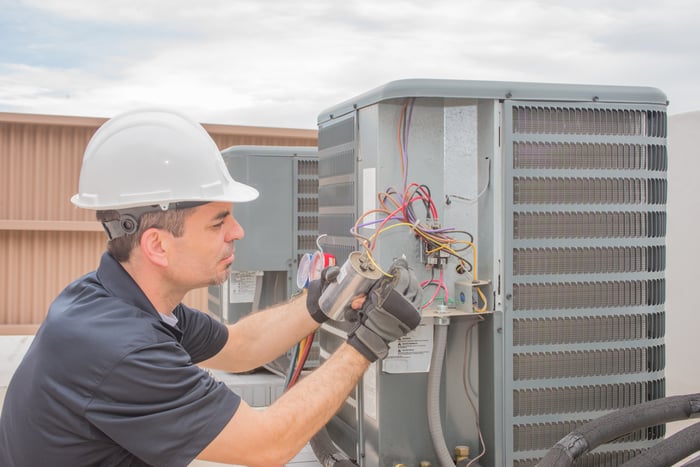 Even in a "worst-case" scenario, this deal is good for United Technologies and its investors. Let's assume that United Technologies receives none of the cost savings it was expecting out of the move and receives no tangible benefits. That's unlikely, but until we know more, we can't rule it out entirely. That's a net impact of $65 million per year, out of $56 billion in revenue.

Even if you look at just the impact on United Technologies' climate, controls, and security business -- of which Carrier is a part -- $65 million pales in comparison to the $2.9 billion in profits the division earned in 2015. On a per-share basis, the impact on United Technologies' earnings would be small: about $0.02 out of an estimated $6.65 in 2017.

In a best-case scenario, of course, the company would be able to extract significant incentives for sticking around, which would actually improve the company's bottom line. Regardless of any financial impact, though, the company gains other benefits from the deal as well. That includes the good PR it gains for keeping jobs in the U.S., of course. But the biggest intangible benefit is an end to the friction with Trump over the potential outsourcing of jobs.

Staying friendly with the feds

You see, it's a good idea for United Technologies to remain on friendly terms with the incoming Trump administration. United Technologies owns aircraft manufacturer Pratt & Whitney, a major U.S. defense contractor. The Pentagon is the company's single largest customer, with fully 10% of United Technologies' 2015 revenue coming from the U.S. federal government.

Pratt & Whitney manufactures, among other things, the engines for the troubled F-35 Joint Strike Fighter, engines that have encountered numerous design and technical issues. While it's not clear whether Trump would even be able to find a different supplier -- or consider cancelling the F-35 program altogether -- it clearly benefits United Technologies not to get off on the wrong foot with the Trump administration.

The market itself seems to have yawned at the deal's announcement, with United Technologies' stock opening only a fraction of a percentage point higher on Wednesday after the deal was announced, and giving back even that minimal gain before the morning was over.

And the market is probably right to be dismissive: Although the deal is good for the company, it probably isn't going to have a major impact on its bottom line or its overall operations. Of course, if Trump and Pence announce some unforeseen major incentives on Thursday, investors may need to reevaluate that view, but for now, this shouldn't change your thesis on the stock.