Strong performance for games and add-on content sold digitally has helped Take-Two Interactive (NASDAQ:TTWO) beat earnings expectations in seven of the last eight quarters and been a big factor in driving the company's share price up roughly 200% over the last three years. The rise of digital sales has been one of the biggest performance drivers for video game publishers in recent years and remains one of the most important trends shaping the industry.

Here's a look at what the digital transition means for Take-Two, with three quotes from the company's most recent earnings call that highlight the state of its digital business and indicate where it might be heading.

Take-Two benefited from strong digital sales in the second quarter

The digital distribution push benefits Take-Two and other games publishers in a few key ways. Selling downloads means significantly better margins for games companies because they save on costs associated with producing a physical product and because they sell directly to the consumer rather than to a retailer such as GameStop or Wal-Mart. Digital distribution also makes it easier for publishers to sell add-on content and continue to keep users engaged to generate additional revenue after the launch of the core product. In-game content sales also typically generate great margins for publishers, so it's easy to see why publishers love the digital sales trend.

We continue to capitalize successfully on our industry's ongoing transition to digital distribution. During the second quarter, digitally delivered bookings exceeded our expectations and grew 59% to $210.8 million driven by growth in both recurrent consumer spending and full game downloads. Recurrent consumer spending grew 63% and accounted for 52% of digitally delivered bookings or 24% of total bookings.

With full-game downloads added in, digital sales accounted for 47% of bookings in the quarter. Take-Two's development and marketing cycles mean that margin improvements are often obscured in financial reports, but the digital momentum is great for profitability. 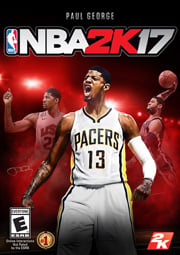 The increased user engagement evidenced by NBA2K17's substantial in-game purchase growth is a great sign for the company's basketball series, and points to this year's release being a stronger-than-expected earnings contributor over the next year.

Perhaps even more impressive is the fact that Grand Theft Auto V's online component managed to outperform NBA2K17's recurrent spending. Grand Theft Auto remains Take-Two's most important franchise, and continued outperformance from the game's online mode shows just how strong the property is. It also validates the company's strategy of releasing new game modes for free but charging users for the purchase of in-game currency that can be used to unlock content.

Later in the call, management indicated that it expects digital sales for Grand Theft Auto V and its online mode to begin to slow, though Grand Theft Auto Online sales were up year over year at the time of the call. New releases and growth for NBA2K and WWE are expected to offset moderating Grand Theft Auto sales and lead to 42% sales growth in the third quarter compared to the prior-year period.

Take-Two is seeing growth in free-to-play

While Electronic Arts has been focused on mobile growth for years and Activision Blizzard made a big push into the space with its $5.9 billion acquisition of King Digital, Take-Two Interactive has been slower in its uptake of free-to-play. This is partially attributable to Take-Two having less available resources than those two larger competitors, but the company is building its position and has a significant growth opportunity in the space.

Zelnick pointed to strong performance and year-over-year growth for NBA2K Online in China and WWE SuperCard as recurrent spending drivers during the call, and President Karl Slatoff outlined key releases and a strategy to support the company's core properties:

In addition to our diverse lineup of frontline titles, we will continue to deliver innovative, digitally delivered offerings designed to drive entertainment with and concurrent consumer spending on our games. We will also continue to selectively release free-to-play mobile games, many of which support our core IP.

During October, we launched Mafia III Rivals, a mobile battle RPG game and NHL SuperCard 2K17 and NHL collectible card-battling game. Later this month, we will release WWE SuperCard Season 3, a free update to the popular WWE collectible card-battling game that has been downloaded more than 11 million times and is our most financially successful free-to-play mobile offering. Each of these games is available for iOS and Android devices.

The company has been careful not to dilute the pull of the Grand Theft Auto franchise, but an original mobile game built around the property could be a huge hit without detracting from the sales of core releases with the right application. The company's big 2017 release Red Dead Redemption 2 is another title that could be ripe for a tie-in. Take-Two has strong properties to work with in the still rapidly expanding free-to-play space, and the publisher would post massive growth in mobile and add to its digital sales strength if it decided to make use of its heaviest hitters.