A few days ago, we ran down the list of the three best options for investing in publicly traded hydrogen fuel cell stocks -- companies that create systems for converting hydrogen to electricity via proton exchange membrane technology.

Currently, investors can choose among three such fuel cell stocks on the market:

But soon, there could be a fourth.

Now, the SEC may not think $400 million is a lot of money, but Bloom has grown from zero revenue at its founding in 2001 to this near-$400 million figure, in just 15 years. To put that growth in context, Plug Power set up shop four years before Bloom, in 1997 -- yet hasn't grown to even one-quarter Bloom's size. Ballard Power, established in 1979, and FuelCell Energy, set up in 1969, haven't done much better.

And all three of these publicly traded fuel cell energy stocks -- combined -- still aren't doing as much business as the much-younger Bloom Energy. 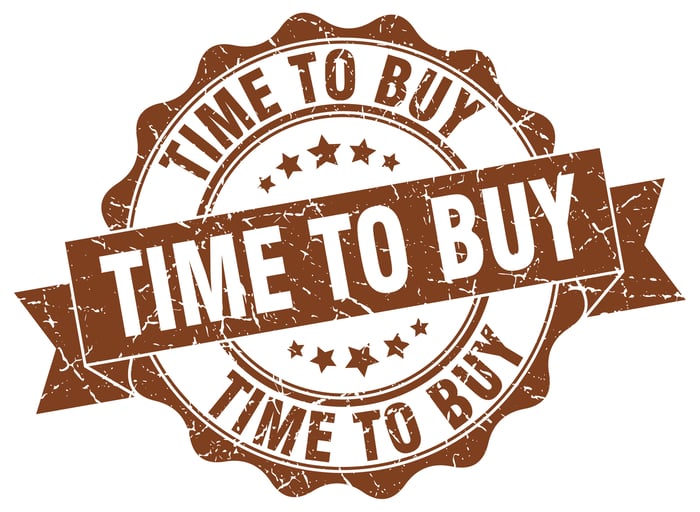 Bloom Energy's fuel cells are a bit different from its competitors'. According to the company, Bloom's machines convert natural gas into electricity using "a common sand-like powder instead of precious metals like platinum or corrosive materials like acids," and do so at a rate of energy efficiency "nearly twice the rate of some legacy energy technologies." Presumably, it's this difference in technology that helps explain the greater popularity of Bloom's machines relative to that of its competitors' products.

And Bloom is popular, and growing. Just last week, the company announced the installation of two of its fuel cell systems to power Ikea stores in Southern California. This followed Ikea's announcement of another Bloom fuel cell system at its New Haven, Connecticut, location. To date, Bloom says it has installed nearly 200 megawatts' worth of fuel cell generators. The company advertises that "each Bloom Energy Server provides 200kW of power" -- so there are probably, by a rough estimate, 1,000 machines in service today.

Clearly, momentum is on Bloom Energy's side, and now it seems the company wants to capitalize on that momentum with an IPO.

How big could this IPO be?

Since its establishment by NASA researcher K.R. Sridhar in 2001, Bloom Energy has collected $1.2 billion in private investment from the likes of private equity legend John Doerr, AOL co-founder Steve Case, and former Secretary of State Colin Powell -- as well as a whole series of big-name investment banks. Bloom's last round of funding, in 2011, valued the company at $2.9 billion -- about four times the current market capitalization of all other hydrogen fuel cell stocks combined.

So how much might Bloom Energy stock sell for once the company becomes public? That's hard to say. On one hand, $2.9 billion divided by $400 million suggests a valuation of 7.25 times sales on Bloom Energy stock -- nearly twice the valuation of the highest-priced fuel cell stock on the market today (Ballard), and 10 times the price-to-sales ratio on the cheapest hydrogen fuel cell stock (FuelCell Energy).

On the other hand, the last time Bloom Energy needed money to grow its business (in December 2014), it chose to fund itself with convertible debt rather than through selling equity. That suggests that Bloom Energy stock may have declined in value, explaining why the company's owners didn't want to dilute their stake by selling shares. Then again, if Bloom Energy is preparing an IPO today, this suggests its shares may have regained some of their lost value.

In the end, we're going to have to wait and see Bloom Energy's S-1 filing with the SEC, when the company eventually goes public, to get a complete handle on the price it plans to charge for its stock -- and to determine if it's a price worth paying. But you can trust that we'll be watching -- and as soon as we learn more, you'll be the first to know.