Workday Inc. (NASDAQ:WDAY) may have released a solid fiscal third-quarter 2017 report on Thursday evening, but that strength wasn't enough to overcome the financial and human capital management software company's subsequent weak guidance. But before we get there, let's take a closer look at what drove Workday's latest quarterly beat. 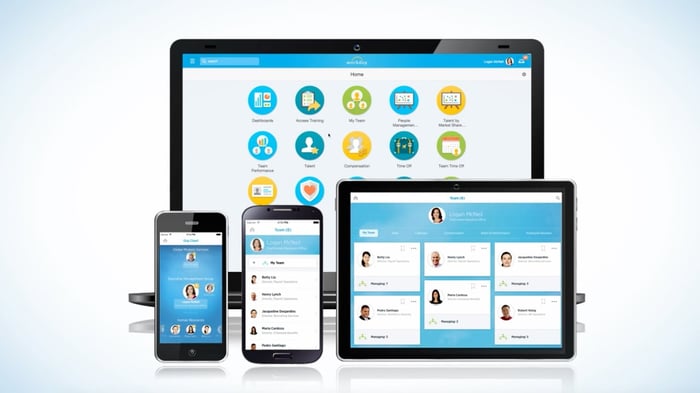 What happened with Workday this quarter?

Workday CEO Aneel Bhusri stated: "We had a strong third quarter and saw healthy demand across all major geographies and industries. We continue to lead with product differentiation, technology innovation, and real customer success, and believe these are significant differentiators for Workday in the market."

For the current quarter, Workday expects revenue between $427 million and $430 million, good for growth of 32% to 33%. This includes 9% growth in professional services revenue, to $67 million, and 38% to 39% growth in subscription revenue, to a range of $360 million to $363 million. By comparison -- and though we don't usually pay close attention to Wall Street's near-term expectations -- analysts were anticipating fiscal fourth-quarter 2017 revenue of $433.6 million, slightly above the high end of Workday's guidance.

"We continue to prioritize growth over margins while maintaining our long-term goal of 20% plus non-GAAP operating margins," added Workday CFO Robynne Sisco.

All things considered, this was as strong a quarter as Workday investors could have hoped for. And the company not only continues to enjoy a more pervasive presence for core financial and human capital management solutions, but has enjoyed encouraging early demand for its newest Learning, Planning, and Student applications.

But the market loathes the uncertainty created by the orders that have slipped early in Workday's current quarter. As such, until Workday receives more clarity that those troubles are indeed temporary in nature, it's hard to blame investors for taking a small step back today.