After the company reported positive top-line results from a phase 3 clinical trial, shares of TherapeuticsMD (NASDAQ:TXMD) rose as much as 19% in early morning trading on Tuesday before settling down.

TherapeuticsMD released data from its Replenish trial after the market closed on Monday. This trial was testing the company's experimental compound TX-001HR as a possible treatment of moderate to severe vasomotor symptoms due to menopause in postmenopausal women.

The placebo-controlled trial involved 1,835 patients and included four different doses of TX-001HR. Top-line data showed that TX-001HR met all of its co-primary efficacy and safety endpoints. In addition, the 1-milligram dosage of the drug "demonstrated a statistically significant and clinically meaningful reduction from baseline in both the frequency and severity of hot flashes compared to placebo." 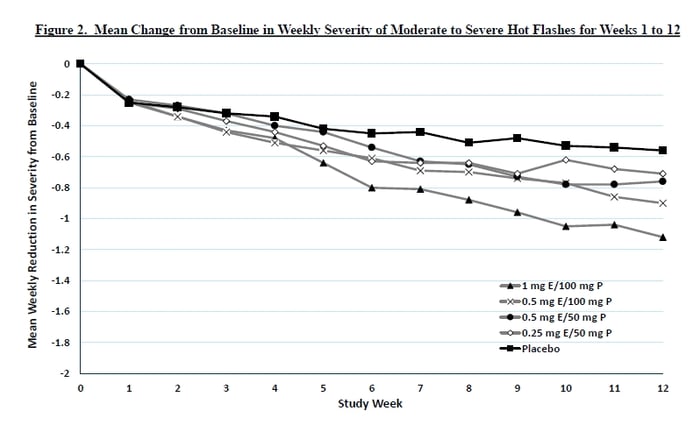 Robert Finizio, TherapeuticsMD's CEO, had this to say about the trial's results: "We are very pleased that multiple doses of TX-001HR studied in the Replenish Trial demonstrated these positive results, suggesting that, if approved, this drug product candidate is poised to address the significant demand for bio-identical hormone therapy."

Finizio later added that the company could have the drug in the FDA's hands as early as the third quarter of 2017.

Given the encouraging clinical news, it is no surprise shares are jumping today.

It has been a trying year to be an investor in TherapeuticsMD. Even after accounting for today's strong move, shares are still down more than 35% since the start of the year. That badly trails the returns of the biotech sector in general as measured by the First Trust NYSE Acra Biotech ETF (NYSEMKT:FBT). 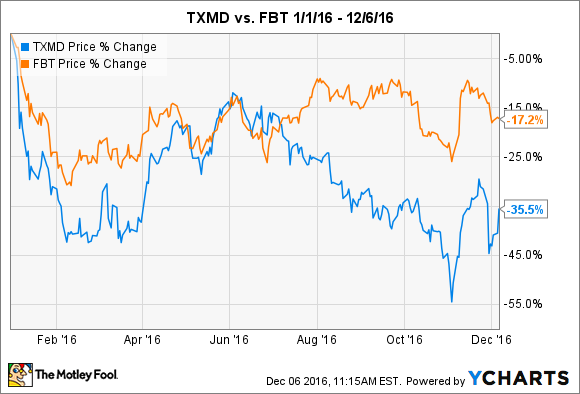 Despite the poor year-to-date returns, shareholders have plenty of reasons to remain bullish. For one, the company's lead compound -- Yuvvexy -- is currently awaiting FDA approval as a potential treatment for dyspareunia, or vaginal pain during sexual intercourse caused by menopause. Yuvvexy showed great results in late-stage clinical trials, so it appears to have a decent chance of getting the thumbs-up from regulators. Monday's solid clinical results from the Replenish trial only support the bull case for owning this company's stock.

Of course, great clinical results do not automatically translate into regulatory or commercial success, so there are still plenty of obstacles ahead that this company will need to overcome. Keeping TherapeuticsMD as a watch-list candidate is likely to be the smartest move investors can make right now.