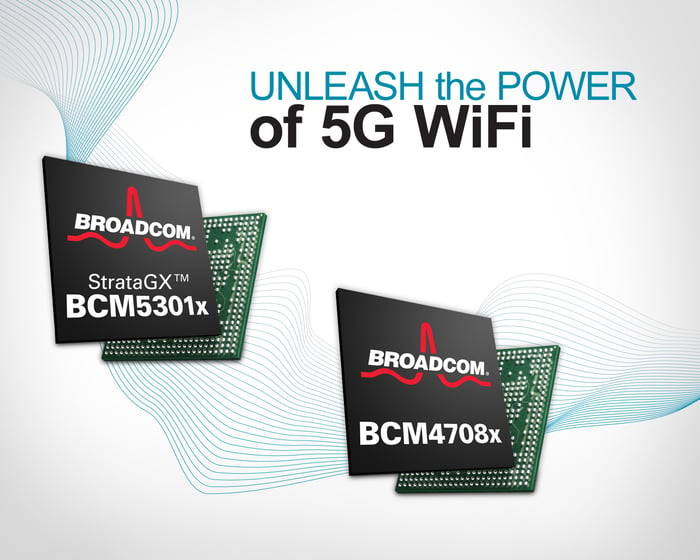 Semiconductor company Broadcom (NASDAQ:AVGO) reported its fiscal fourth-quarter results after the market close on Dec. 8. The wireless business was the star performer, growing by more than 30% compared with the third quarter and more than offsetting sluggish sequential growth in Broadcom's other segments. Here's what investors need to know about Broadcom's fourth-quarter results.

Q4 2015 results were prior to the Broadcom-Avago merger. Data source: Broadcom.

Broadcom's wireless business drove much of the company's growth compared with the third quarter.

Broadcom expects revenue to decline sequentially during the first quarter.

Broadcom President and CEO Hock Tan summed up an important year for the company:

Fiscal 2016 was clearly transformative for our company with the acquisition of Broadcom Corporation. We finished the year on a very strong note, delivering a record level of revenue with 9% sequential revenue growth in the fourth quarter. Reflecting the operating leverage from our larger scale and improved profitability, we announced today a doubling of our dividend.

Broadcom announced the $5.9 billion acquisition of Brocade Communications in November, with the company eying Brocade's Fibre Channel storage area network business. Broadcom plans to divest Brocade's IP networking business, which includes wireless and campus networking, data center switching and routing, and software networking solutions, once the deal is closed. The company expects that the deal will produce $900 million of non-GAAP EBITDA in fiscal 2018.

Broadcom produced another solid quarter, with strong growth in wireless driving revenue and earnings higher. Non-GAAP EPS jumped 20% compared with the third quarter on sequential revenue growth of 9%, allowing the company to double its dividend payment. Various charges related to the Broadcom-Avago merger continue to muddle the company's financial statements, but it will finally lap the merger in early 2017.