Initial public offerings (IPOs) -- when a company launches its shares on the public markets -- always generate interest: They're the new blood of the equity market. With the final month of the year under way, it's a good time to look back at some of the listings of 2016. Specifically, the table below shows three of the four worst-performing IPOs of the year (from their opening price). Don't be put off by "worst-performing": Past performance is not indicative of future results. In fact, among the three stocks, two are interesting ideas, one of which I believe is actionable now and could generate healthy returns next year and for many years thereafter. (Spoiler for the impatient reader: It's lubricant manufacturer and retailer Valvoline Inc (NYSE:VVV).)

*Search was limited to companies with a current market capitalization above $1 billion. Data source: Bloomberg. 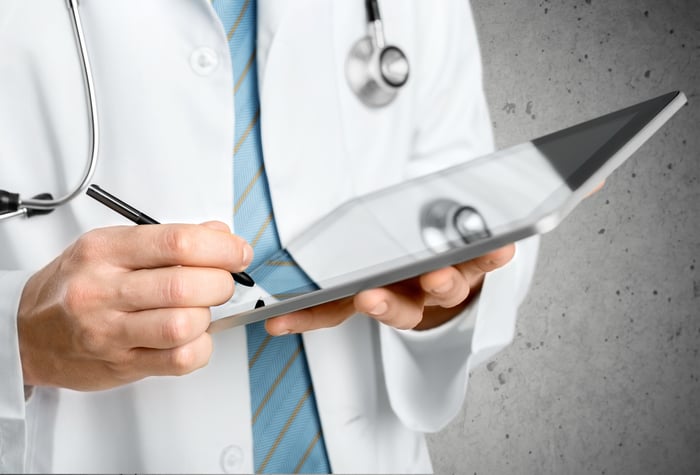 NantHealth Inc: Unsuitable for anything but a crap shoot

Unless you have a background in the industry, deciphering the offering prospectus of healthcare information technology company NantHealth is no simple matter. Allow me to make a cheeky summary: It's a mish-mash of industry jargon and red ink. Compounding this challenge, NantHealth is classified as an "emerging growth company" under the JOBS Act, leaving you with a mere two years of financials to try to assess the quality of the business.

NantHealth simply does not qualify as an investment; it's a pure speculation. There is a place for speculating, but given the nature of the company's business and the massive uncertainty regarding whether or not it will ever achieve profitability, it is fundamentally unsuitable for individual investors -- except, perhaps, as the equivalent of a trip to Las Vegas (i.e., for entertainment purposes only, and with money you can afford to see vanish). 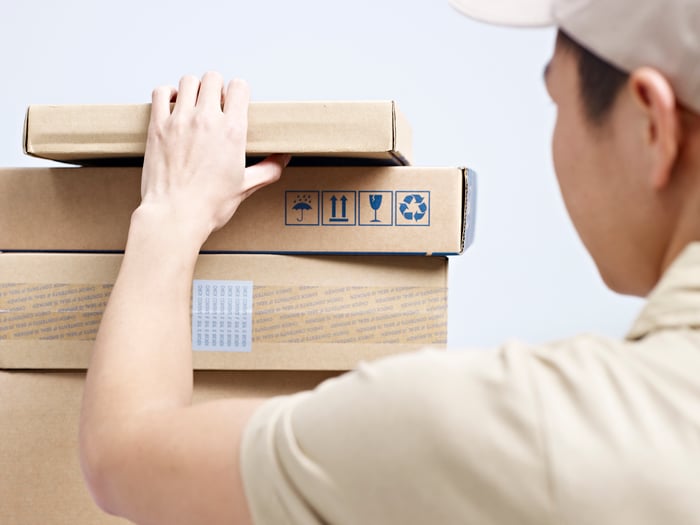 Getting comfortable with ZTO Express' business, by contrast, presents no such conundrum: With $1.3 billion revenues over the trailing 12 months to Sept. 30, it's the largest express delivery service in China, itself the world's largest express delivery market. The business is attractive: ZTO is part of an oligopoly in which the top four domestic companies controlled just over half of the market in 2015. These companies operate a "network partner" model whereby they manage central hubs and federate partners that are responsible for pickup and "last-mile" deliveries.

Consequently, and despite significant growth capital expenditures, ZTO generates healthy cash flows and more than meets its cost of capital, with a return on invested capital of 18.9% in 2015. What can investors expect from ZTO going forward? That's difficult to answer, but two U.S. examples provide some sort of benchmark: Both United Parcel Service, Inc. And FedEx Corporation have beaten the market over the long term: 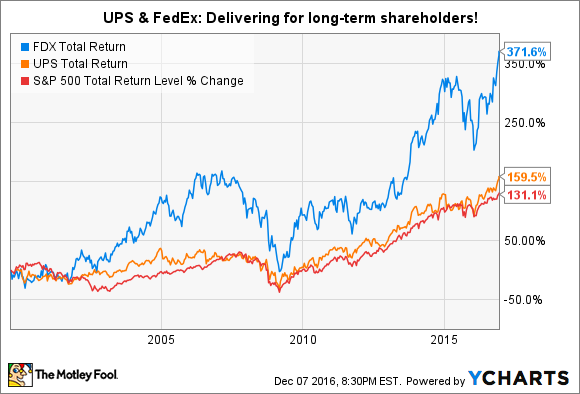 (Against that observation, one must weigh two countervailing factors: The Chinese e-commerce market, on which express delivery services depend, is less mature than in the U.S., such that higher future growth is possible. On the other hand, the Chinese express delivery market is also less concentrated than its U.S. counterpart, and presumably, therefore, less profitable; UPS and FedEx owned roughly four-fifths of the U.S. market in 2015.)

Finally, one cannot discuss a potential investment idea without mentioning price: At 20.7 times forward earnings per share, shares look reasonably priced at first glance -- particularly in light of the business's attractive economics and the growth prospects.

More interesting still is Valvoline, which was spun off from specialty chemicals manufacturer Ashland Global Holdings Inc. via initial public offering on Sept. 22. A leading participant in the global finished lubricants market, Valvoline has several attractive assets, including:

As you might expect for a business with these characteristics, Valvoline generates plentiful amounts of free cash flow and solid, if unspectacular, returns. Don't let "unspectacular" (small-f) fool you: Boring businesses can earn their shareholders a lot of money over the long run! In fact, billionaire value investor Warren Buffett got involved in the lubricants market with Berkshire Hathaway's 2011 acquisition of Lubrizol (which is an important supplier to Valvoline).

Speaking of value, at just 15.4 times forward earnings, Valvoline's shares are priced at a discount to peers and the broad market -- a minor Christmas miracle for a business of this caliber. Investors who get in at current prices may well find that the stock will contribute to lubricating returns to new levels of performance for years to come.

3 of the Worst IPOs of 2016 (and Why You Should Consider 2 of Them!) @themotleyfool #stocks $VVV $NH $ZTO Next Article
Current