"Waymo stands for a new way forward in mobility. We're a self-driving technology company with a mission to make it safe and easy for people and things to move around," Waymo said in a blog post on Tuesday.

Alphabet's launch of Waymo comes nearly eight years after the company began working on self-driving cars, but it enters what is quickly turning into a fiercely competitive market as Tesla Motors (NASDAQ:TSLA) asserts it is already including self-driving sensors in every vehicle and as other auto manufacturers, tech companies, and ride-hailing services explore ways to monetize the nascent technology.

Waymo was careful to emphasize that this is not the beginning of Alphabet's efforts in this important space, but rather the culmination of years of work.

"Waymo may be a new company, but we're building on advanced self-driving technology developed over many years at Google," said Waymo chief executive John Krafcik in the company's blog post. 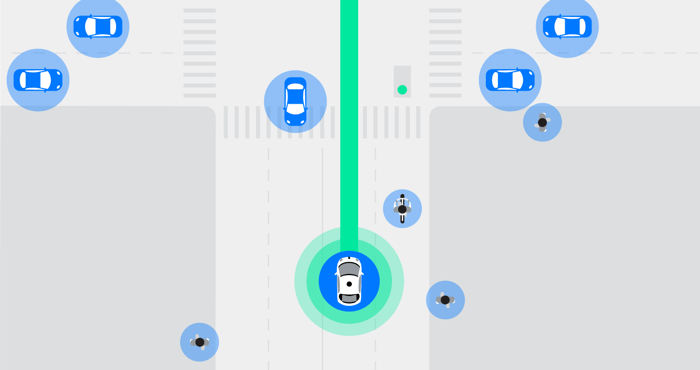 Alphabet knew it was time for Waymo to begin the process of becoming its own company when the former Google X project completed "the world's first fully self driven car ride" in late 2015, Krafcik said. Navigating through Austin's suburbs with legally blind passenger Steve Mahan, Alphabet says the drive reflected everyday driving situations.

Mahan explained the importance of this milestone:

The ability to complete a fully self-driven trip on everyday public roads, with no test driver, was a big milestone for our team and the history of this technology. It was the signal that we could begin to shift our focus from foundational technical work toward launching our own company so we can offer many more rides, in more places, for more people.

Interestingly, in conjunction with the announcement of Waymo today, Alphabet is reportedly backing off any plans to manufacture and sell its own self-driving cars, opting instead to partner with auto manufacturers in order to deploy the technology, according to The Information's Amir Efrati.

Alphabet has backed off plans to develop a revolutionary car without a steering wheel or pedals, at least for now, according to people close to the closely watched project. Instead, the self-driving car pioneer has settled on a more practical effort to partner with automakers to make a vehicle that drives itself but has traditional features for human drivers.

And a comment from Waymo's Krafcik during a press conference on Tuesday seems to confirm the new company's choice to abstain from auto manufacturing for now. "We've been really clear that we're not a car company," Krafcik said (via The New York Times). "We're not in the business of making better cars. We're in the business of making better drivers."

Given how competitive and capital intensive the auto market is, focusing solely on the self-driving technology may arguably be the better move for software-centric Alphabet's Waymo. Indeed, Waymo isn't the only major company to acknowledge the challenge ambitious manufacturing plans could bring about. By focusing on the autonomous driving software instead of building self-driving cars, Alphabet's Waymo vision mimics a recent report that Apple has also shifted its focus from building its own self-driving car to emphasizing the development of the underlying technology for autonomous driving.