A third generation of server processors on its 14-nanometer technology just isn't happening for Intel.

In 2015, Intel (INTC -2.86%) told investors that its 2016 personal computer processor lineup would not be built in its next-generation 10-nanometer chip manufacturing technology, as had been widely expected. Instead, Intel said, the company would deliver a third generation of personal-computer processors built on its 14-nanometer technology, known as Kaby Lake, and then release chips based on its 10-nanometer technology, known as Cannon Lake, in the second half of 2017. 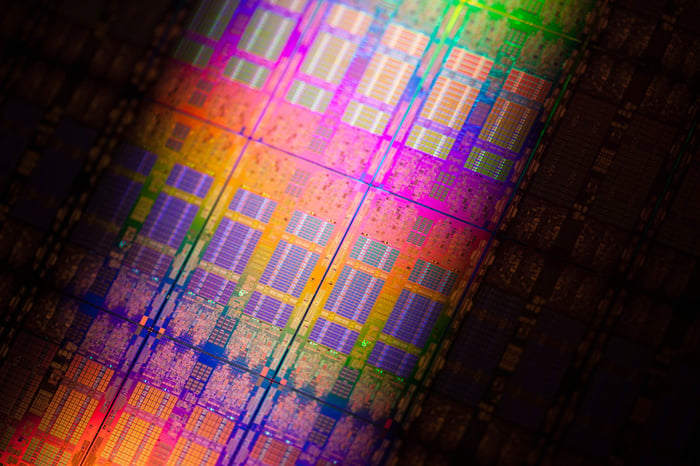 This news led IT website The Next Platform to speculate back in 2015 that Intel would bring its Kaby Lake architecture to its server processors in 2018, a year after its Skylake-based server processors are expected to ship in volume, pushing out the release of Intel's 10-nanometer-based server chips to 2019. The site reiterated this expectation in a recent column.

Although the jury's still out on when Intel will ultimately get 10-nanometer server processors to market, I can say with a very high degree of certainty that Intel won't release Kaby Lake-based server processors. Here's why.

Intel's Kaby Lake processor for consumers does not include a new CPU core. It is the same basic Skylake processor, just reworked so that it can take advantage of an enhanced manufacturing technology known as 14-nanometer+, which promises speed and efficiency improvements over the vanilla 14-nanometer technology of around 12%, according to Intel.

Intel's upcoming Skylake-based server processors, known as Skylake-EP for two- and four-socket servers and Skylake-EX for multi-socket servers, are going to be built on that very same 14-nanometer+ technology.

This means that there could be no such thing as Kaby Lake for servers, because the server version of Skylake already incorporates the main improvement that Kaby Lake brought compared with Skylake in the consumer market -- the 14-nanometer+ technology.

After Skylake will come Cannon Lake in servers

Intel's Skylake-based server processors are expected to arrive in the middle of 2017, though the company says it's shipping a "preliminary version" to select customers now. After that, Intel's next server processor family will be the 10-nanometer Cannon Lake-EP and -EX parts.

As the competition in the market for server processors intensifies, Intel will need to accelerate the pace at which it cranks out new products. Intel stumbled with its first 22-nanometer server processor family, known as Ivy Bridge-EP, releasing it in September 2013 -- a year and a half after the arrival of its predecessor, Sandy Bridge-EP, manufactured in a 32-nanometer technology.

Intel also stumbled in bringing its first 14-nanometer processor family, called Broadwell-EP, to market as the time delta between itself and the prior generation Haswell-EP once again came in at a year and a half.

The company has been fortunate to essentially have very little viable competition in the marketplace during those launches, but that may not be the case as other chip companies aggressively vie for a piece of Intel's very lucrative server processor market share.

Whether that competition ultimately materializes, Intel should plan and act as though it will. Intel executive Stacy Smith recently said that competitive pressure is "actually good for [Intel] because it makes [Intel] get up every day hungry and paranoid."

Over the next couple of years, the company's financial results and market share position will tell us if Intel was appropriately "hungry and paranoid" about defending its position in the data center.